This year marks the 50th Anniversary for Tomica. Times really flies as I vaguely remember that they were just celebrating 40th birthday when I started this blog. For 2019, we see that Tomica has once again undergone another "restructuring". I wouldn't say it's a good or bad change or should I say it's kind of like good lousy. Most of the Tomica released in 2019 has no opening parts but the music to everyone's ears is most Tomica comes with proper rear windows now. The rating for this year becomes a little wearying because most Tomica fit and finish are almost on par. It now voices down to personal preference. Here we go starting with round 1 of elimination. 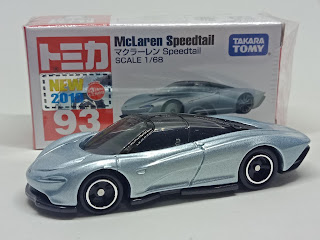 The 3rd McLaren by Tomica. This might be the worst of the 3 models done by Tomica. I don't know if it is the shape of the car or Tomica. The design of this McLaren is totally unappealing, perhaps that explains why this car doesn't appeal to me (or most petrohead). What made it worse is, there is no opening parts or even suspension. This is one car I know it won't win beauty contest or any Tomica award from the start. 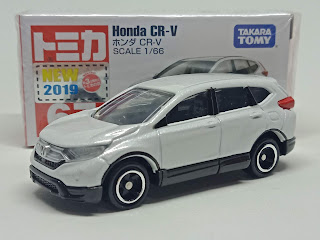 I boot this out because of the rear window. Period. 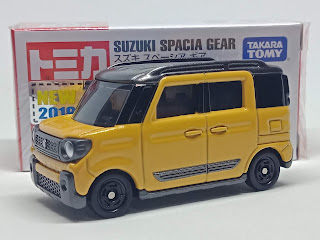 I love this car, don't mind own one for its cuteness. Everything from the front till C-pillar is good, everything after C-pillar is a no no for me. I have to applaud this model for its front design. I realized most of the Tomica in 2019 has improve on grill and even the colour of the headlights used looks more convincing now. 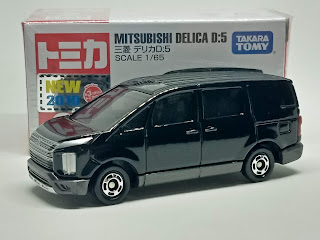 Eliminated due to painted window after C-pillars. Treatment on front and rear looks an improvement though. 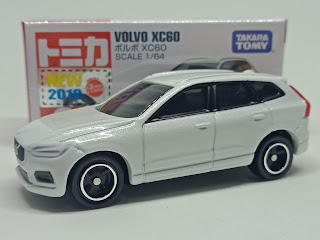 Applaud Tomica for making the first Volvo but why not a S60 or S90? There are so many SUV or Minivan in the range already. I don't really fancy XC range as well but what land this car here is because of its rear painted window. 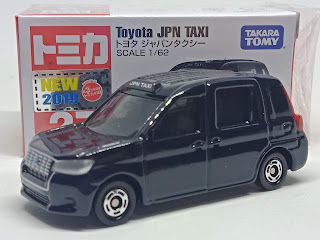 Sat in one a few times when i was in Japan. Love the space and love Japanese taxi. Regret to see windows from C-pillars are all painted. 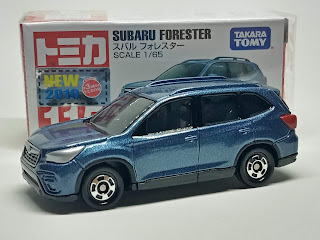 Its an improvement over previous model but rear windows painted so I couldn't let it pass the next round.

Round 2
This round getting tougher now. Judging based on personal preference as most Tomica fit and finished as almost on par with no major blunder. 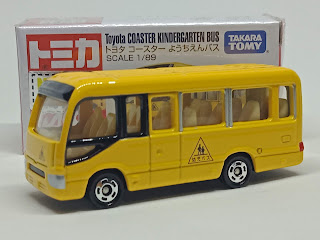 Nice livery of a kindergarten bus. Just doesn't connect with this casting. 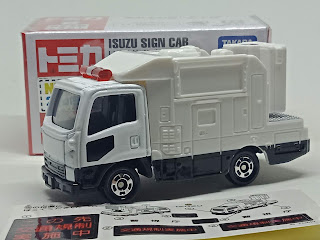 Too many variants of Isuzu trucks and doesn't really connect with this one. 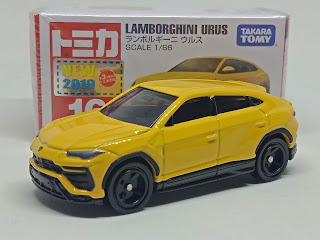 2nd SUV Lamborghini made into a Tomica. 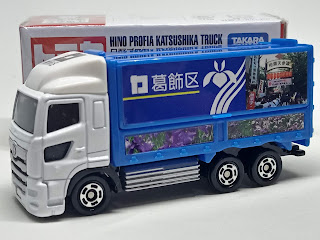 Retains the opening "gull wings" opening doors on the cargo area. Nice touch although not a fan of Profia trucks. 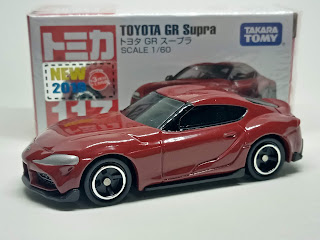 Always look at it as a BMW, casting a little too simple, can be better if the svelte style doors could open. 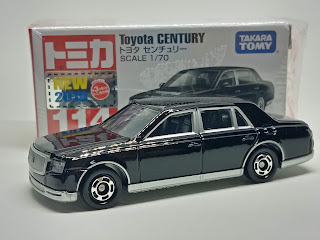 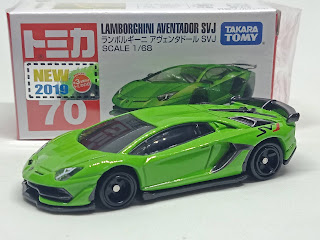 Nice proportions comparing to a number of Lamborghini made by Tomica Could be better if the spoiler can be a separate piece. 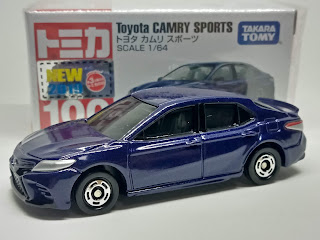 One of my Camry in recent years because I am never a fan of Camry. Will be nicer if wheels used are those from Airwave or Axio sedan. 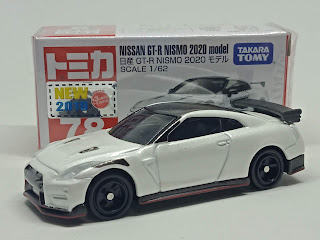 We have seen too many GT-R so unavoidable that we expect more from this model. This is the only model that doesn't have opening doors. 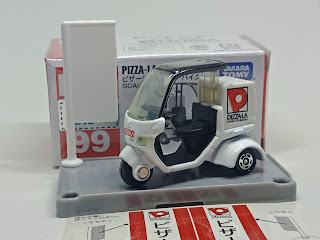 Nicely made delivery bike you see daily in Tokyo. They even made accessories to complement the bike. An improvement over the old pizza bike made 30 years ago. 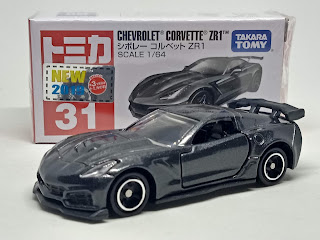 Only model in 2019 that has opening doors. Not much flaws for a regular Tomica at this pricing. Not many people can connect with American cars in Asia. Wanted to rank it into top 5 but have to give it to cars which I personally prefer. 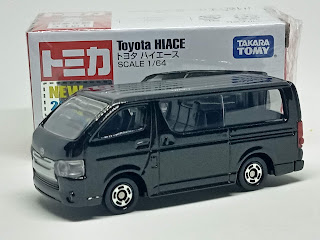 Tough choice as I wanted to rank it higher as this is one of the best van made in recent years. If this van is painted in lighter colours, I might placed it in top 5. Black just isn't a good choice for commercial van as most people buy them in white or silver usually.


Finalist
Finally round up to last 5 models. This is just my personal preference for 2019 as mentioned that Tomica has improved over the past few years. Only let down is the omission of opening doors for recent models. It's a good year for Tomica overall although no Tomica stand out to be the clear winner for 2019. 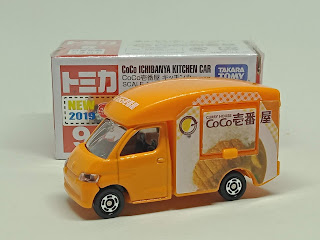 I never imagine a Toyota Townace could be made into this CoCo curry rice livery. Townace is a nice truck but justice was not done on its earlier casting. They managed to remodel into a nice kitchen car somehow. CoCo Curry House is also one restaurant I will patronize if I visit Japan. 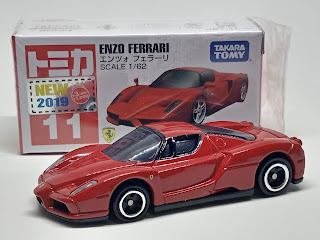 Among all the recent Ferrari made by Tomica, this is my favorite comparing to LaFerrari or the 488. Proportions are well executed and not easy to emulate if a car has too many curves or rounded ridges. The overall result is pretty sharp. 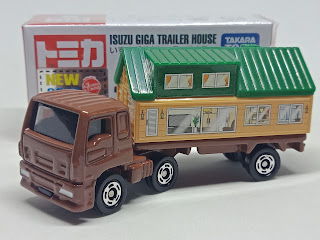 I love the idea of a house being "piggyback" by a trailer. I don't recalled a house being carried by a truck in Tomica history. The house is nicely model which is the main reason why I am giving this vehicle high points. Will be great if more variant are produced. 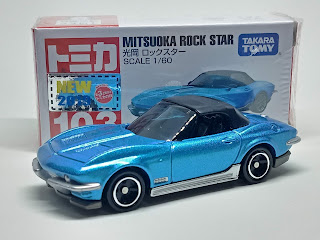 I am surprised myself too for ranking this 2nd place. I am never a fan of Mitsuoka with exception of the Viewt. I love Viewt and even thought of owning one. Rock Star is actually a MX-5 in disguise and supposed to make it into a classic Corvette look-alike. The detailing such as bonnet vents, grill and  front/rear bumper are nicely crafted onto the car. If the doors are able to open, it will be perfect. 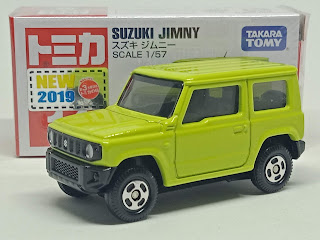 When I know Tomica is releasing the Jimny, I was really excited. This Tomica could passed off as a promo model as what Tomica been doing for some models in the past. This is also a reminiscent of how Tomy made Tomica back in the 80s. If you collect or play with Tomica since 80s, the quality build reminds of a Japan made Tomica. The overall lines of this car is pretty simple but everything is on point.


I will be doing Tomica of the decade soon since last done that in 2010. If you like to join my Facebook group, please do search for Go! Go! Tomica.