Why I Love Majorette? 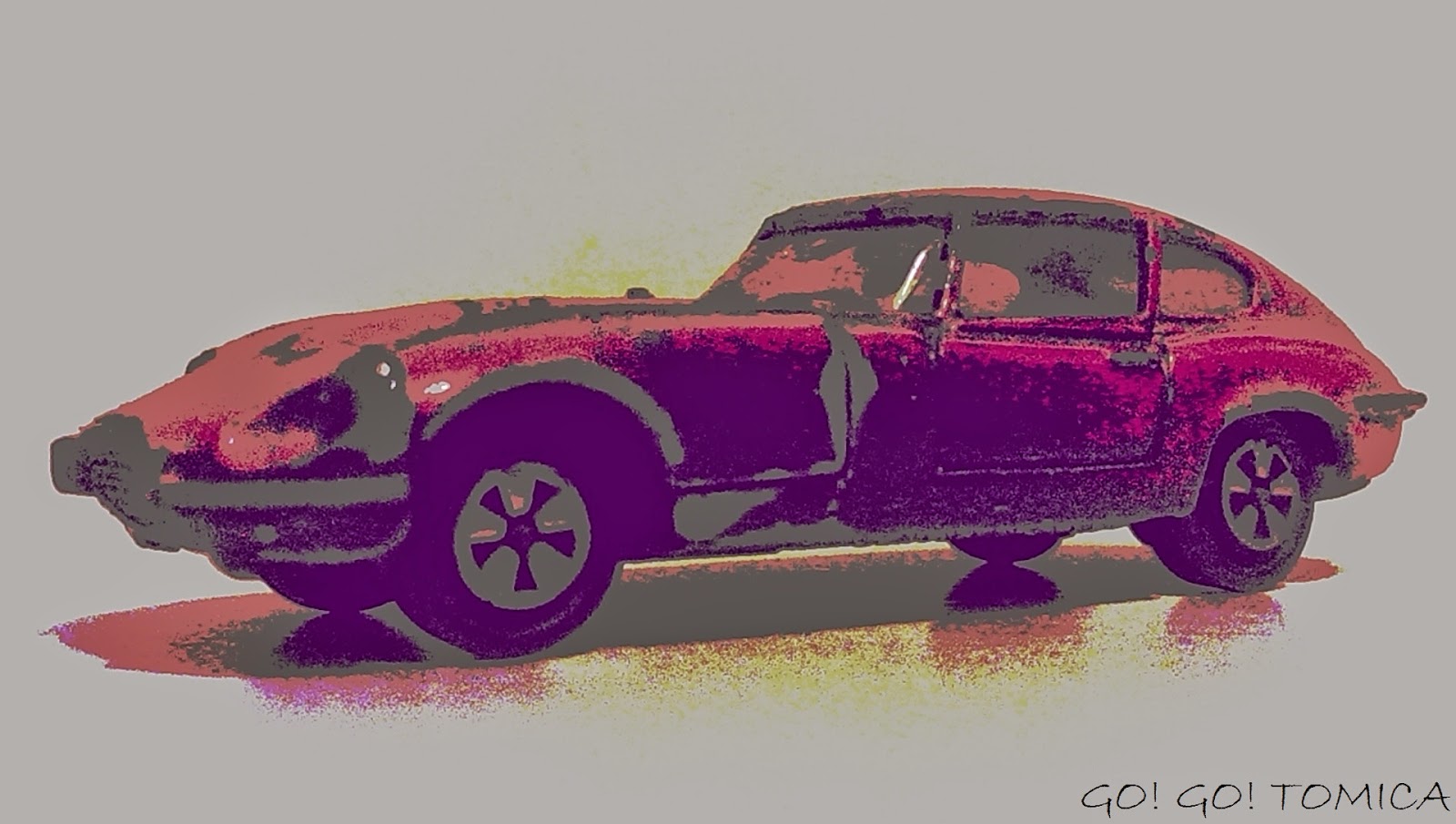 My first encounter with Majorette came much later than Tomica and Playart. When I was old enough to walk myself (actually still accompanied by an aunt) to the nearby Yaohan to buy my own toy cars with my own pocket money, Majorette came into my life. I did not give up on Tomica but they was nowhere to be found when I could buy my own toy cars in the late 80s. The price of Majorette was $2.20 which was priced the same as Matchbox. Majorette and Matchbox display rack were located almost side by side then. Although Yaohan is a mere 10 minutes walk from my home but going to Yaohan is as good as going downtown during those good old days. I would buy myself 1 or 2 cars whenever I visit Yaohan. I am still able to recall how Yaohan toy department looked like although vaguely but if you asked me about the supermarket section, I can't at all because I only visit the toy department. I would wait for my parents or any adult to pick me up from the toy section after they done with their shopping. I wasn't so much in love with Japanese cars (probably with the exception of Tomica) then so Majorette offered a good variety of European road cars and exotic super cars. My favourite car from Majorette then was a yellow Ford Sierra 5 door lift back. Probably it was yellow, a hatchback and it offered a very good bouncy suspension just like Tomica. I still keep this yellow Majorette till today. 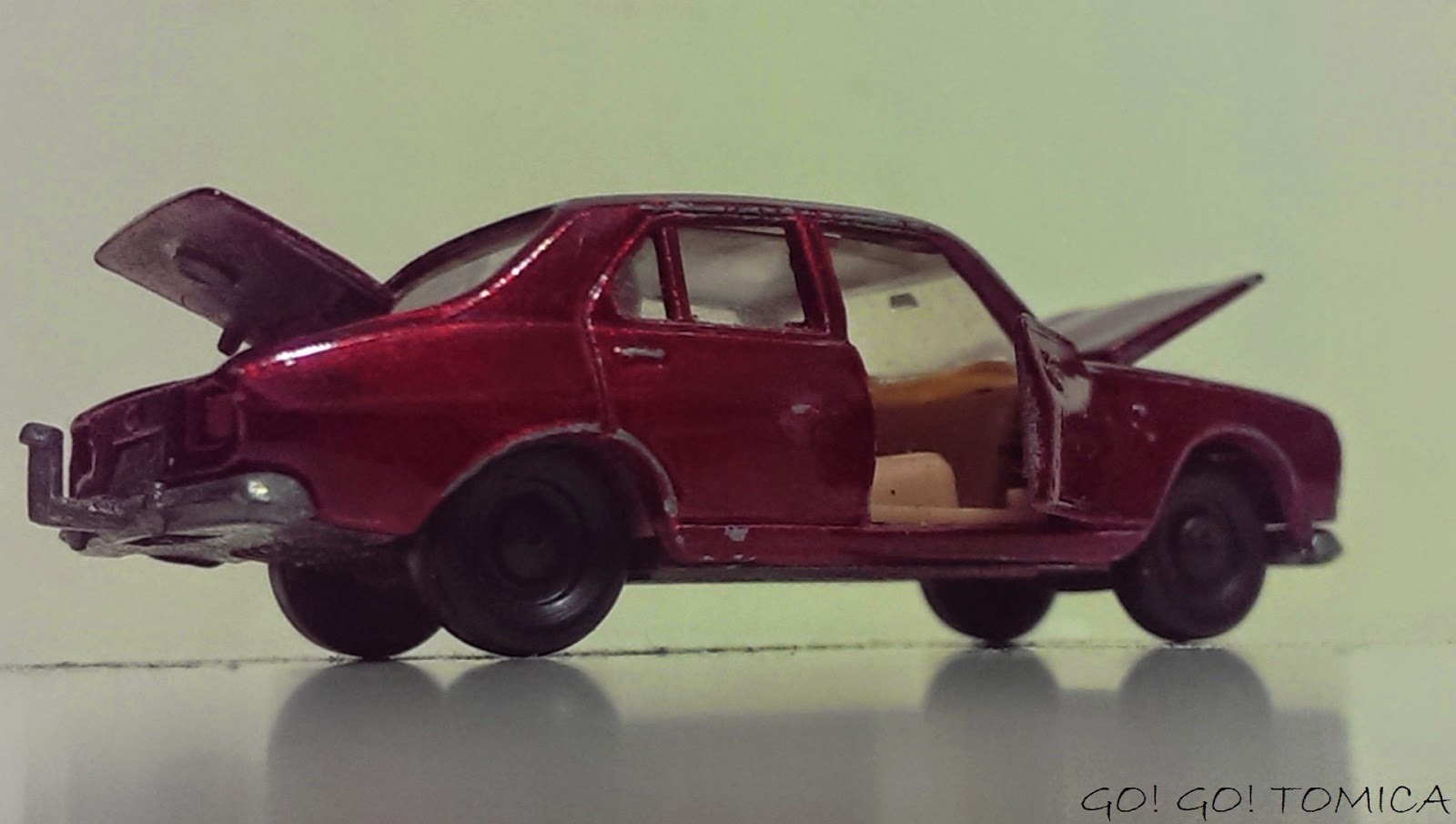 This early Majorette was way before my time. It was made before I was born too but the early Majorette are the most charming comparing to those I had during the 80s. The early 70s Majorette offers much more than most toy cars could then. It has more opening parts comparing to a Matchbox or Tomica. You don't find so many features packed into a little toy car today anymore. 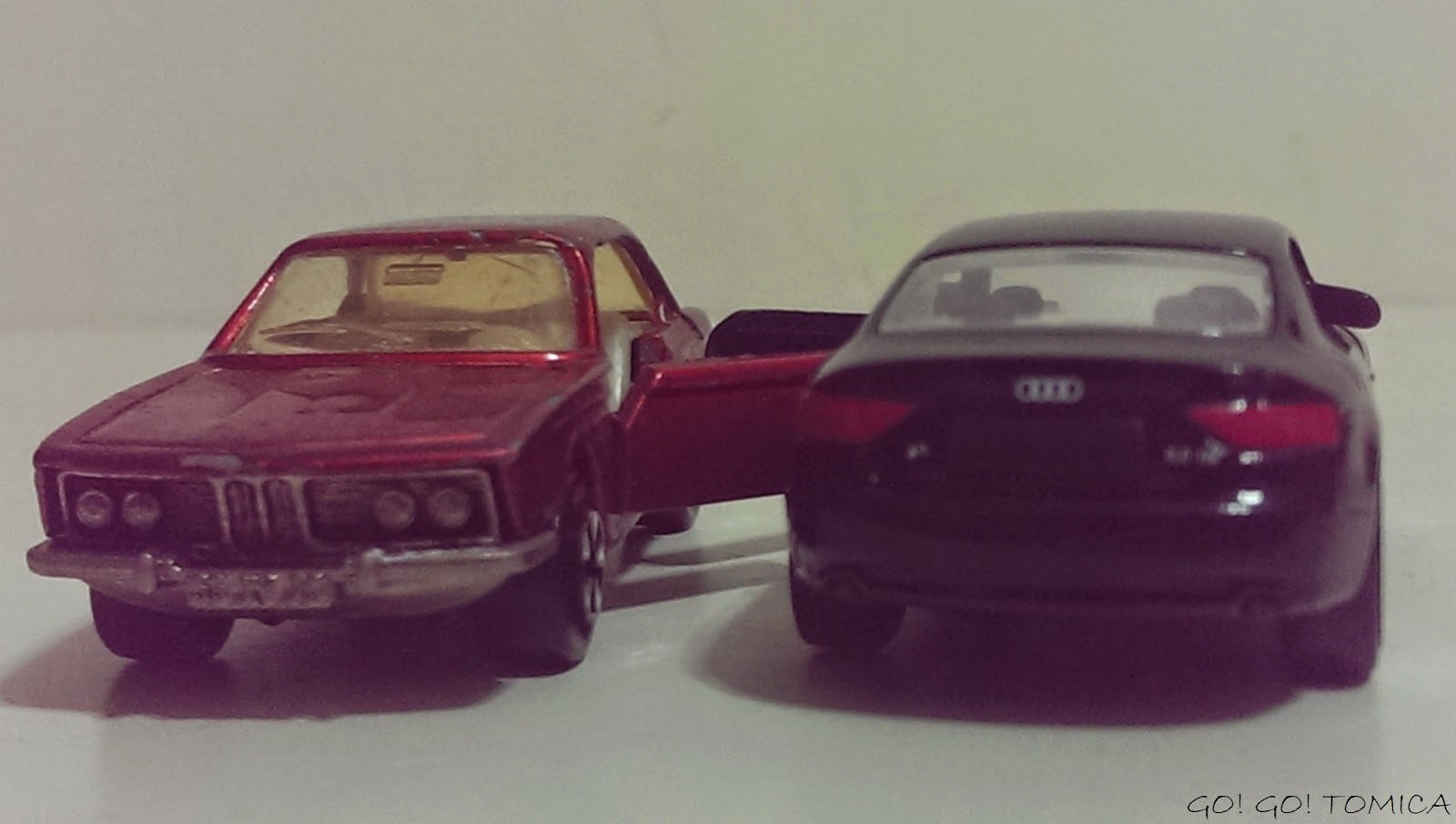 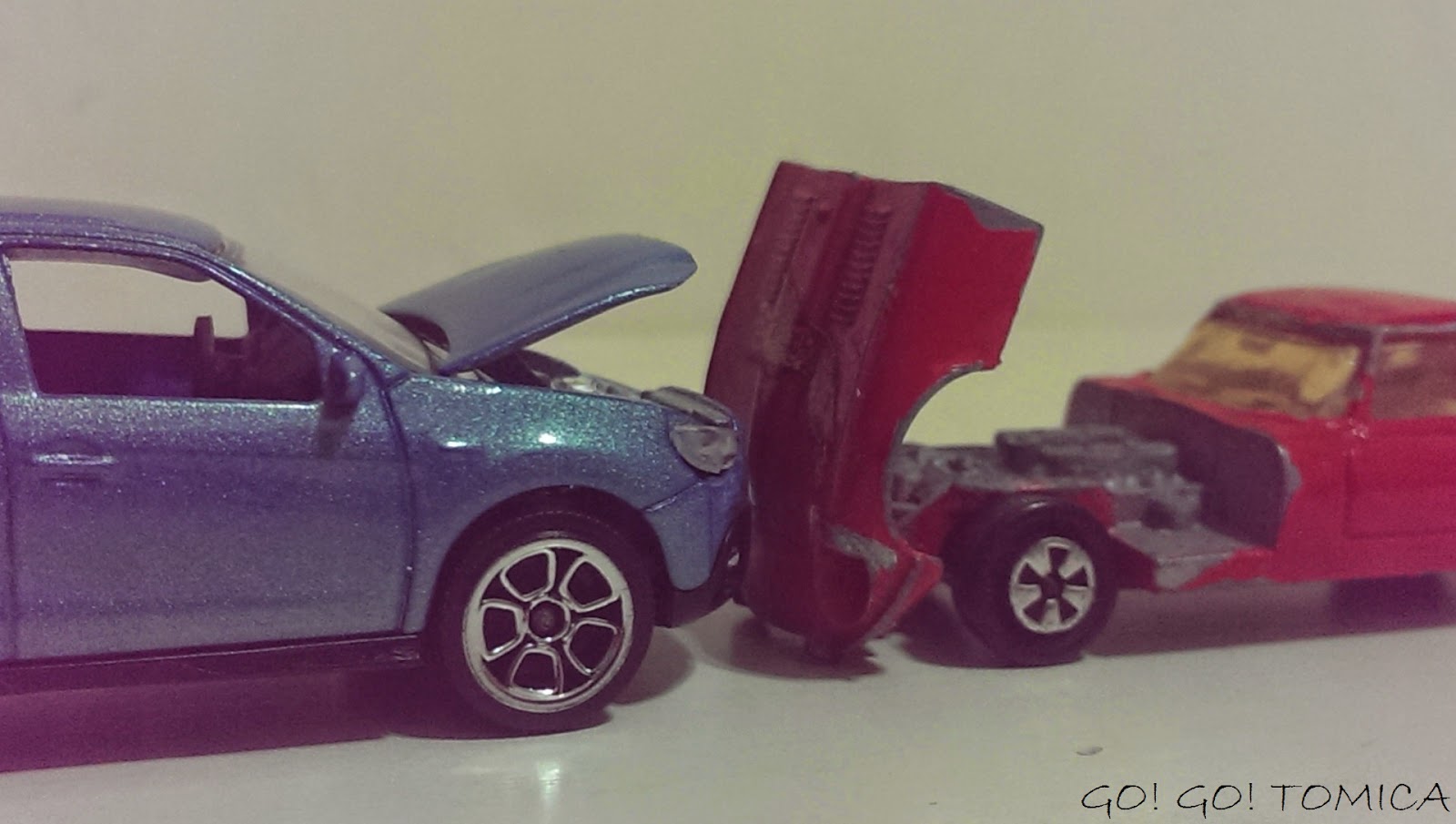 They do have cars with opening hood. 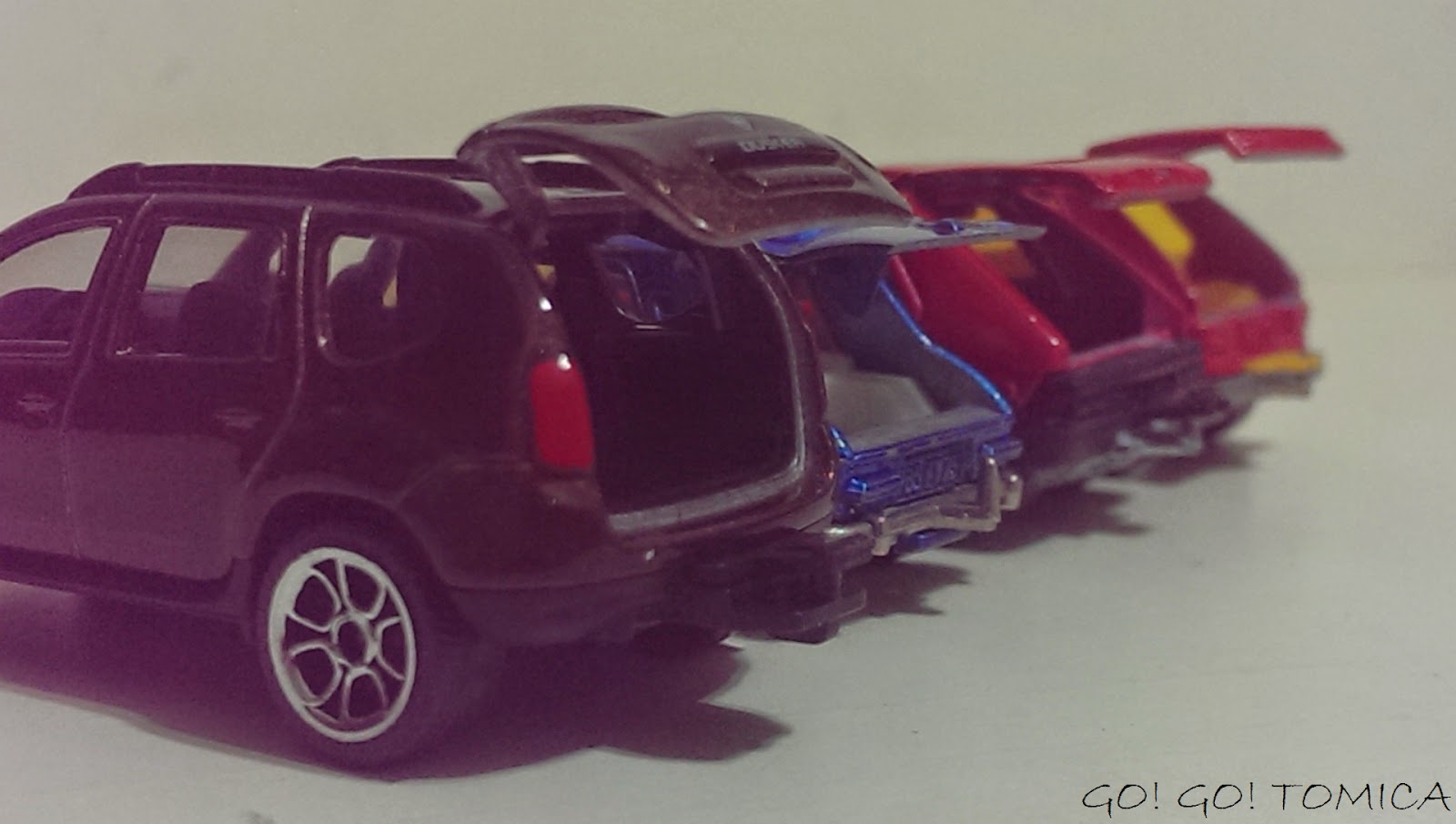 The hatches still open and to highlight that the hatch is no paint over job like Tomica. The rear window is a through hole similar to older Majorettes. 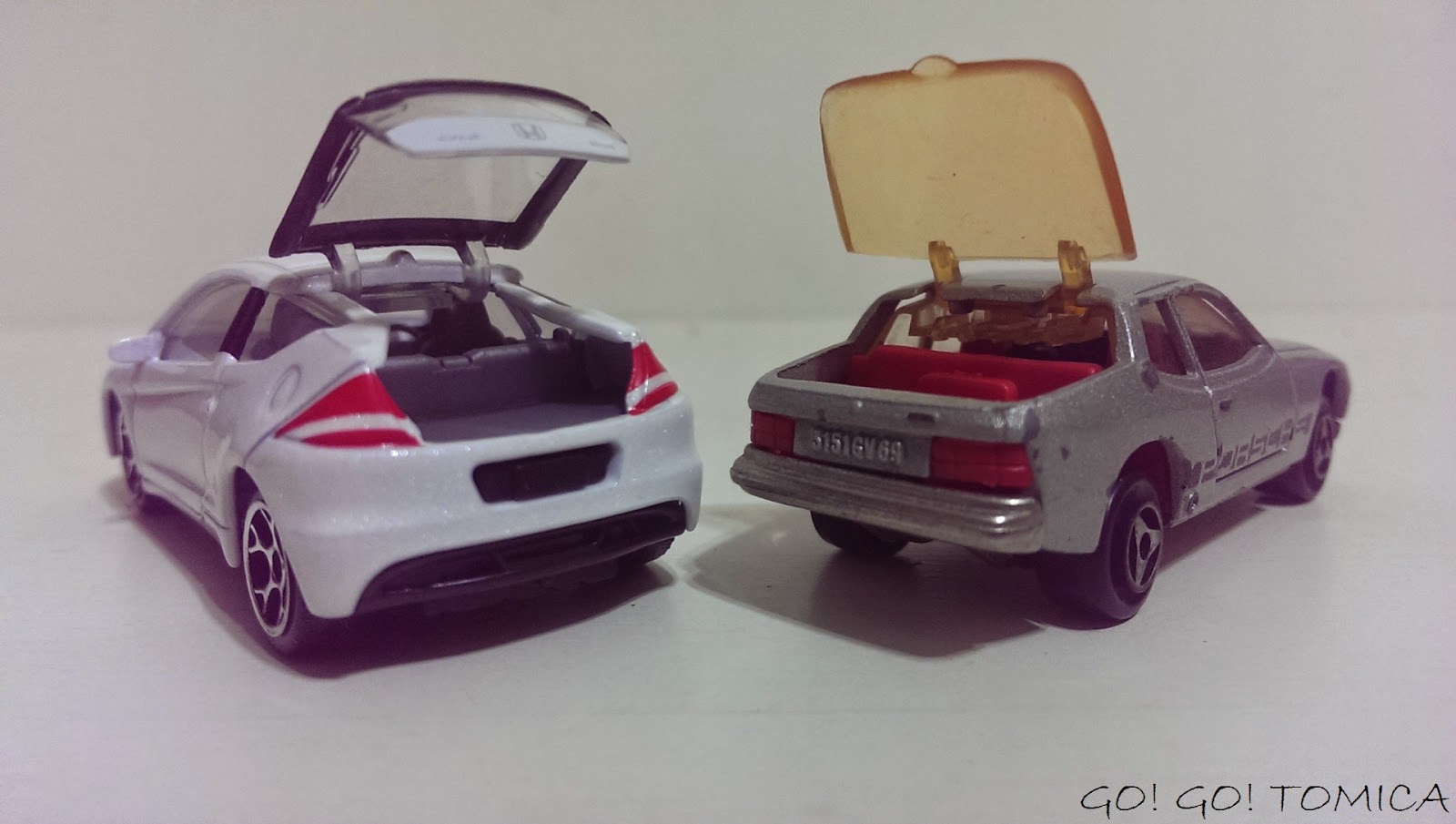 Remember the old Porsche 924 with a plastic opening hatch? I found a similar car with the same opening rear concept, a Honda CRZ. The Honda opening hatch feels so flimsy that you could crush it with your fingers easily if handled by a clumsy person. 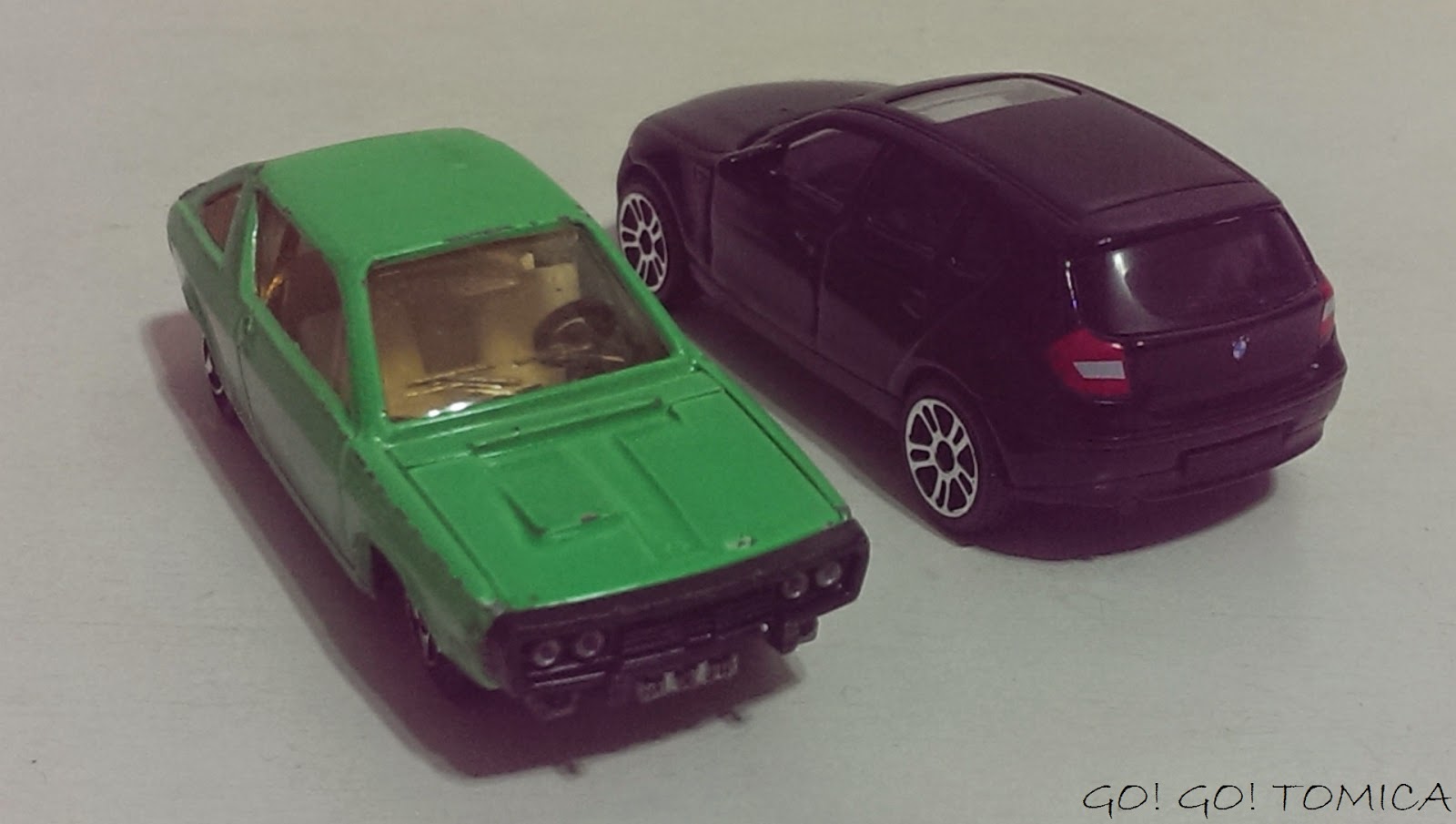 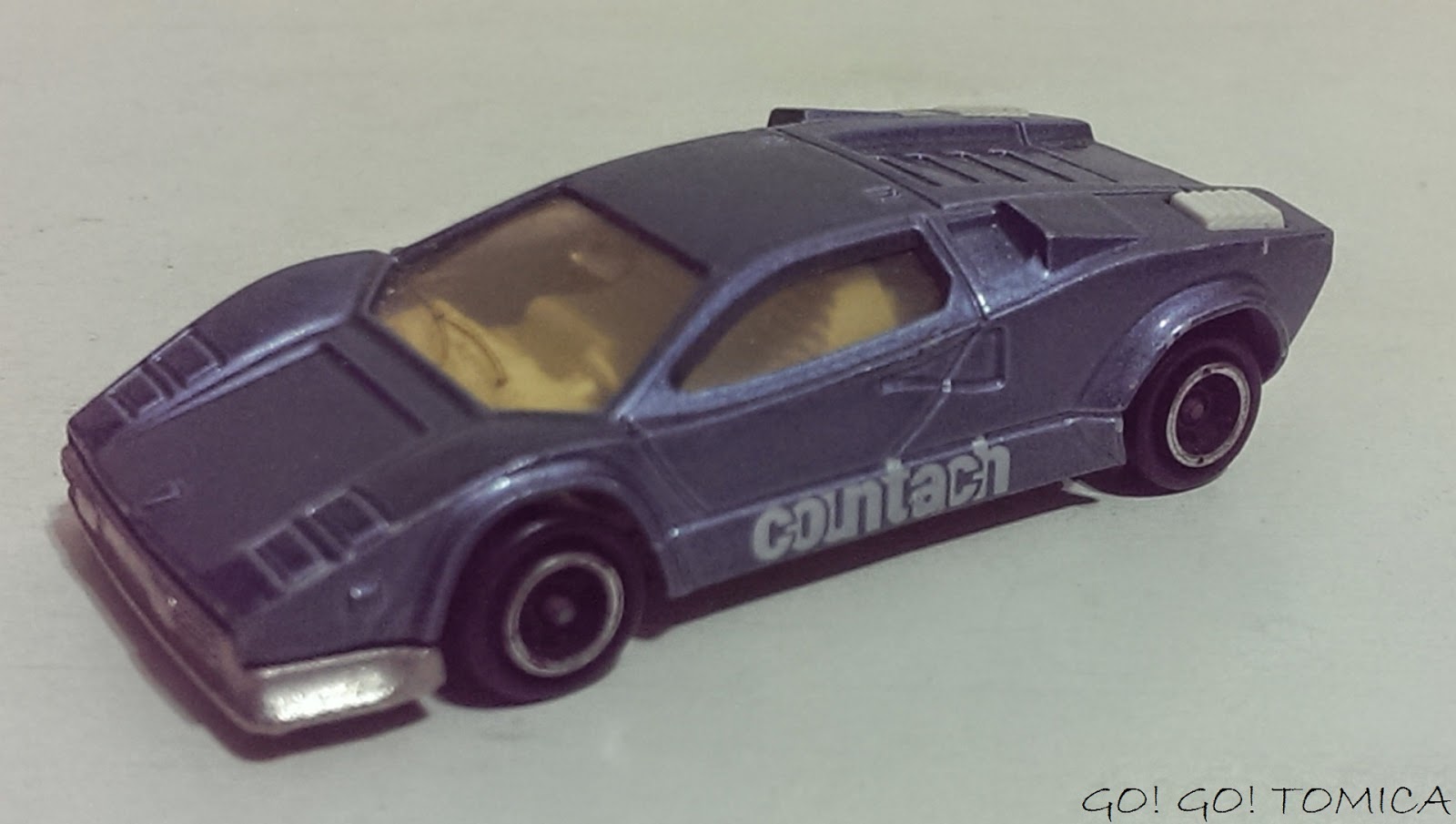 What Majorette doesn't make today are the fat super cars with fat dish wheels. I had a Pontiac Fiero which had a super fat body and a set of fat wheels slightly fatter than the Countach above. I always comment how ugly Majorette made their sports cars. Another ugly one is the Triumph TR7 but it seems like I am buying them back one by one. 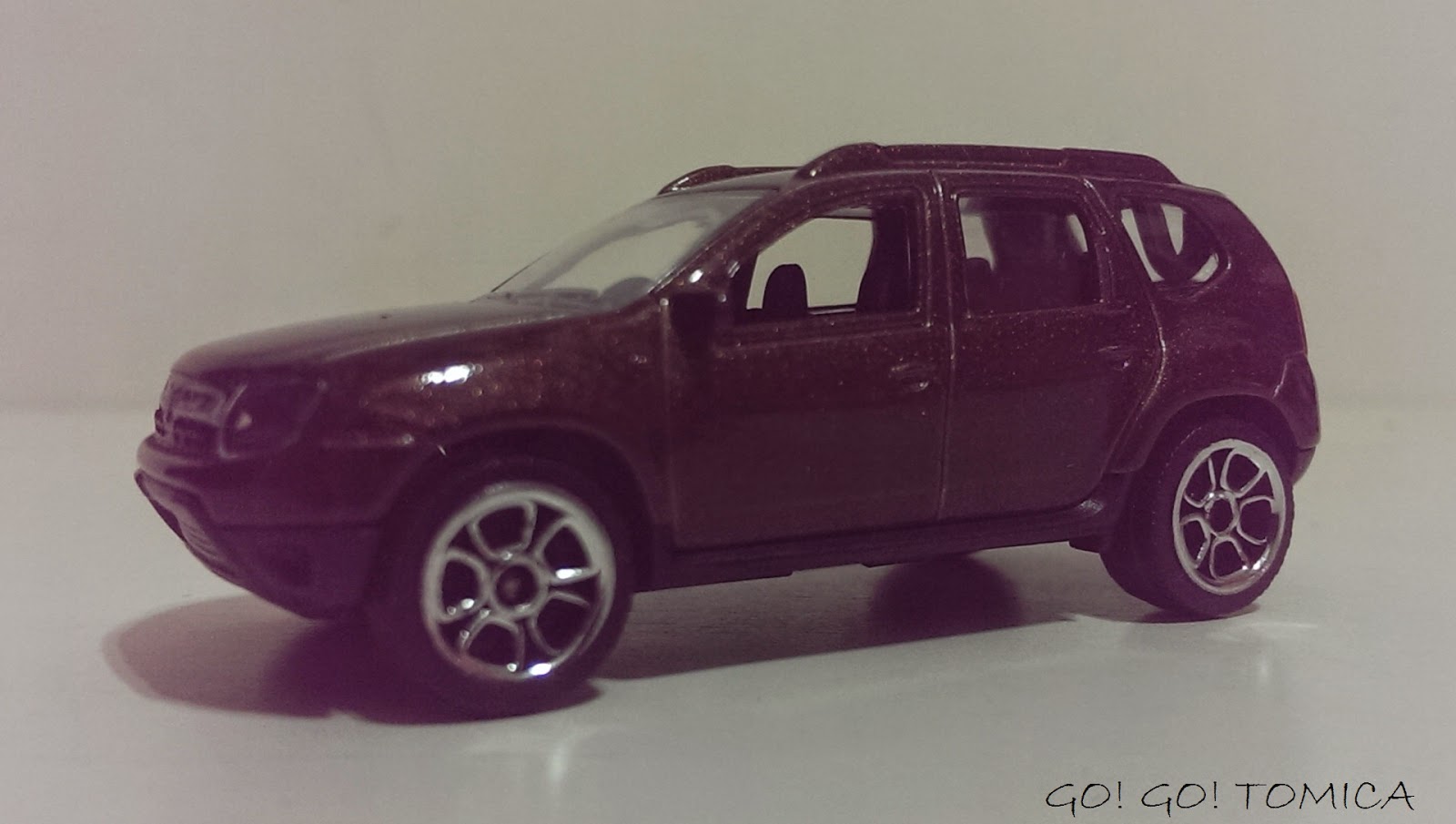 Modern Majorette casting are quite nicely done. They are still fat (big) similar to those made 30 years ago. They didn't lose their identity too much which is not a bad thing. Majorette was once a horrid during the early 90s when the factory was shifted to Thailand. The paint chip before the blister is opened. The material that made the car was just 2 notches below the French made ones. The improvement in quality came about 20 years later. The recent Majorette (for some models) are a nice touch although paint quality still need some improvement and the selection of models made are much more interesting than 10 years ago. What I didn't really like are the new design of rims which looks either Hot Wheels (complicated but ugly) or the cheap Fast Lanes cars. 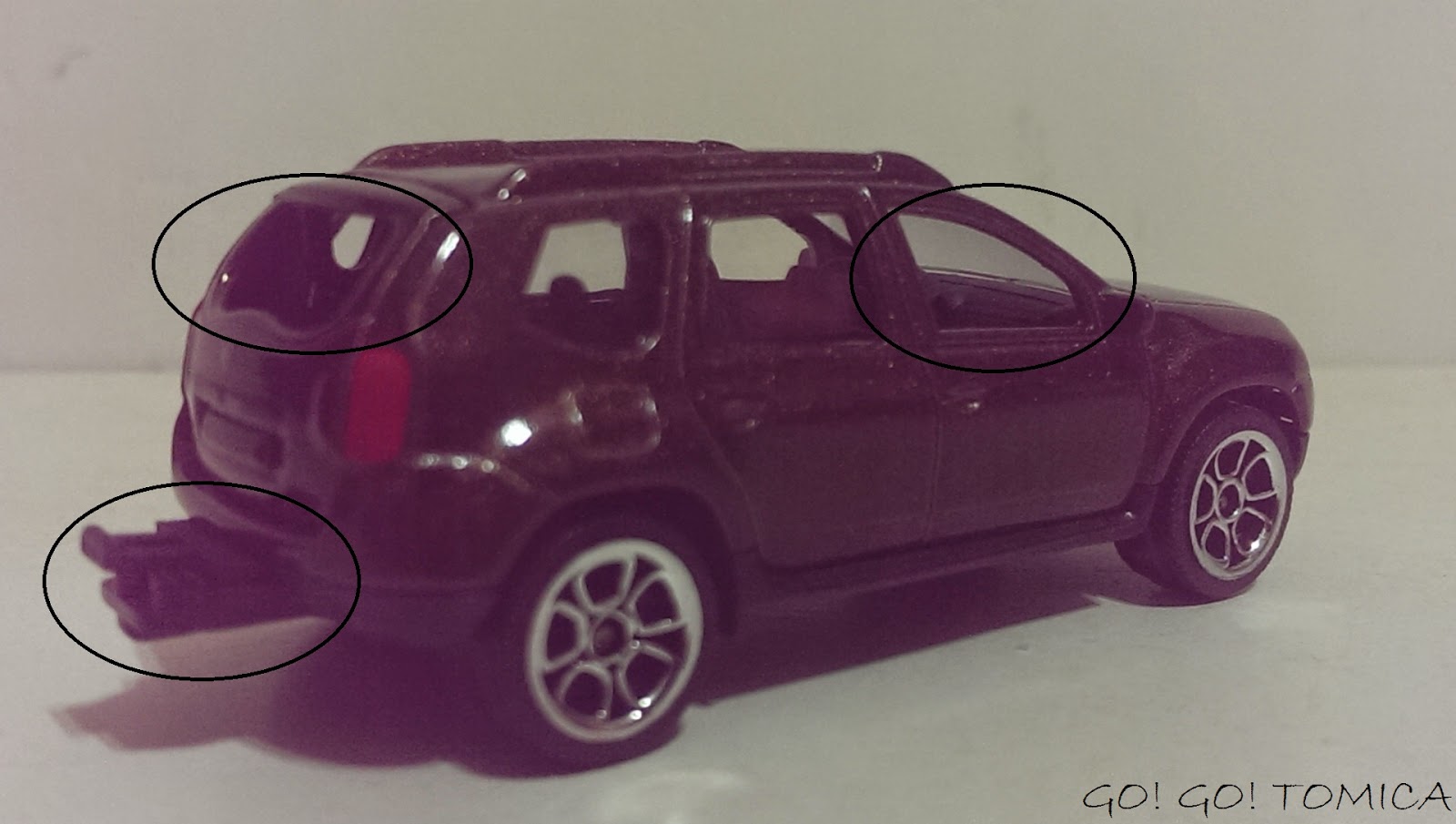 The best modern Majorette I have seen by far is a Dacia Duster. Dacia is a Romanian car owned by Renault which uses basically old mechanical of a defunct Renault. It's a surprise to see that a budget car to be treated with a more serious note as compared to a BMW or a R8. The rear hatch is a nice touch with shut lines almost seamless. The car do comes with a traditional Majorette rear hook for the weekend caravan. I don't know if anyone realised that the front side windows are not covered with plastic which is very common among Majorette cars including those which does not have opening doors. Majorette are trying really hard to maintain its identity for some models. Keep up the good work, Majorette. I will be looking out for you more.