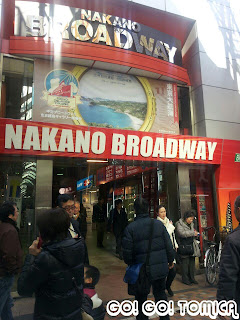 We went to Nakano on Friday morning as there is a mall where they sell toy cars, figurines, manga, cosplay costume, watches, 2nd hand books and antiques. It is similar to our China Square in Singapore but at least 10 times bigger and 100 times better than what we have. I have also advise my friend, Keong, not to take photo so openly as some shops do not allow photography. It's funny to see him act almost like a spy in Nakano as he took photographs in discreet and hide his camera when needed. 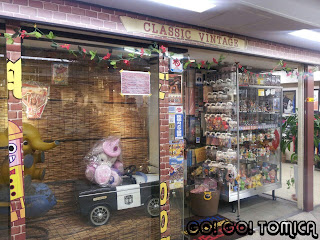 ﻿I was expecting to find vintage Tomica in Classic Vintage but the Tomica in this store are rather new. Quite different from the branch in Yokohama. 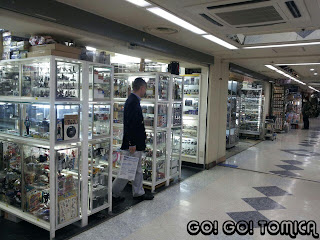 There are also shops which has many shelves rented by individual sellers. There are a number of units that contain Tomica in them so we spend almost an hour in this shop looking for cars we need. 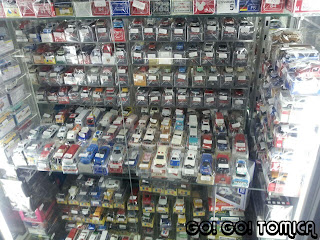 The Tomica are of different series and era. I picked a few cars here while Keong picked many cars as if they are free. Maybe he is deprived of being able to get a decent Tomica in Singapore or Malaysia as there are only current release available. 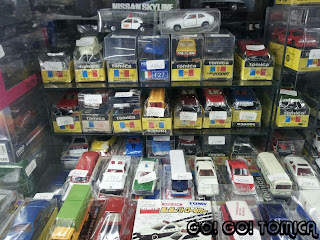 Closing up on some domestic black box Tomica. I think some of these are gone by now as Keong picked quite a number of them. If he continues to go Japan 2 or more times, he can beat my collection easily. In fact, he has already booked for another trip to Japan next year. 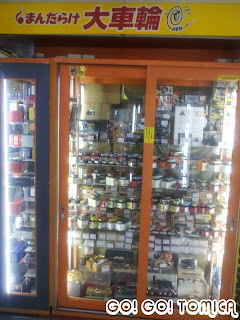 This shop is under the Mandarake Group selling only toy cars. 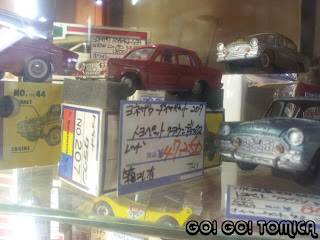 Just when I am about to enter the shop, I spotted something rare. A Yonezawa 1/64 scale Toyopet Crown Deluxe toy car which is considered very rare today for this scale. 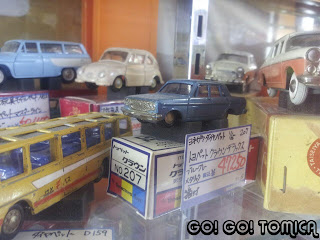 Then I spotted another blue one in the same show case. 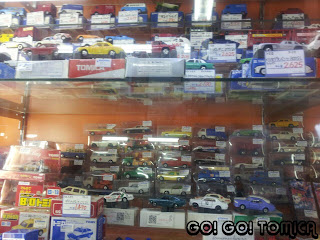 The Tomica in this shop is lowly priced but you must do a close inspection on the condition. When the prices are low, there must be some defects either on the car or on the box. 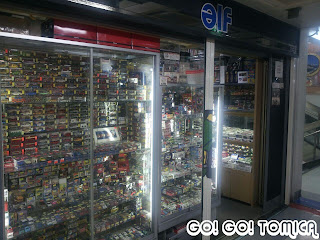 Elf is a small minicar shop (maybe quarter the size of II Ado) but if you are looking for a rare variant, you must pay a visit to Elf. 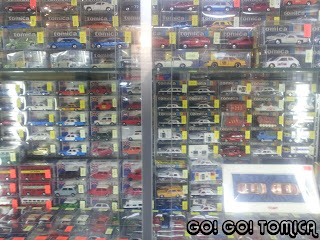 These are the cars as shown on the display case outside their shop. If you wanted really rare stuff such as first edition of 1970 1A wheels Tomica, they have it here. If you are looking for a Made in Hong Kong Tomica, they have them available, loose or MIB. My Kombie is found in Elf too and I also saw the Ambulance edition of the Microbus which is the hardest to find variant for the Tomica Microbus. As I have been buying from Yahoo Japan, I saw Elf had ever tried selling the Wedding gift set which was released in 1983 issued to guests attending the wedding of the son of the Tomy President. 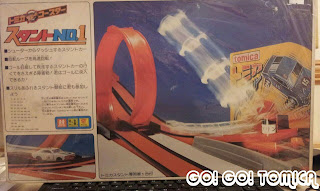 I know I refrained myself from getting big items but this set is reasonably priced and it has never been played with. I managed to bargain another 300 yen off from their asking price so I bought it. Keong was a little more ambitious as he wanted 2 Tomica Mini Cooper that cost more than 10,000yen each. I managed to help him get 5% discount for him since these are not low price toy cars. 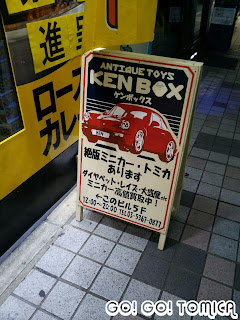 After visiting Nakano Broadway, we took a train to Shinjuku to Ken Box. This is my first time there as Ken Box started business in 2010 May. They are the shop who organises the Shinjuku toy event. The first edition was held in 2010 May and last month in November, they had their 4th edition held in Shinjuku. Although the shop was very near to Shinjuku station, it took me nearly half an hour locating for it because I had never been there. Whenever I lost my way, Keong will get an extra treat as he will be tagging me behind taking photo of almost everything that comes along his way. Most of the time I am either walking with fast pace or even run just to meet our planned schedule. 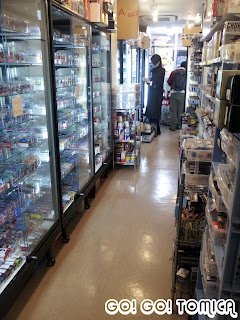 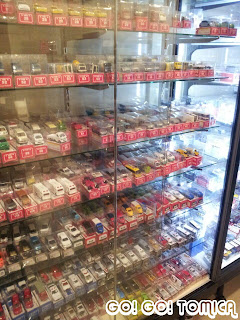 Ken Box has huge collection of Tomica, Dandy and Diapet. They are displayed according to their era and Tomica number so if you have something in mind, it is easy to find what you want. Finding the car you need in Ken Box shouldn't poses much problem to anyone but the price is closer to collector price rather than trader's price. I did see many cars I like but they didn't match the price I want to pay. Keong grabbed all the Cherica and some Tomica. I hurried him a little as we will need to skip Minicar TMT or we will not be able to go to Shu-Stock. 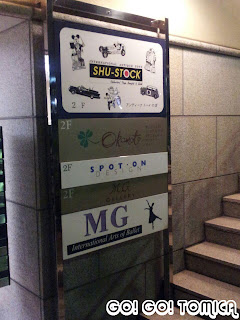 Shu-Stock is a shop which I really look forward to go because they have virtually every brand you can think of. I regretted not getting the Polistil RJ as they had a few cars which are completed with box. The prices are the highest but if you met a store discount, you are in for a treat. 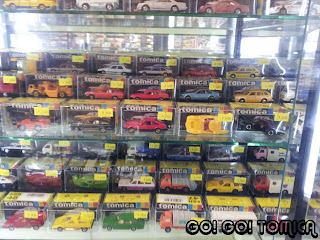 When we reached Shu-Stock, the lady at the counter was busy preparing for Wonderland Market as she was packing and tagging price tags for cars on sale for the coming Sunday. There are also lots of Tomica which they have discount starting from as low as 1200yen for black box domestic models or foreign series cars but most are in the range of 1500yen. The above cars are not available for discount. Cars up for discount are usually very common models or they have minor defects but it's still a treat for us. 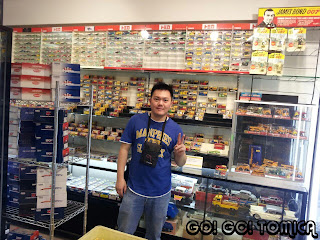 I can't help but to take a photo with all the Tomica in the background. Beside acquiring a few Tomica, I also bought a number of larger scale loose cars such as Dinky or Marklin. I would say the price is really so attractive that I bought cars that I might not consider if the price is similar to eBay. I am surprised that Keong said that this is the most satisfying store so far. I would agree to some extend as the price that day is really too good to be true. To be continued........