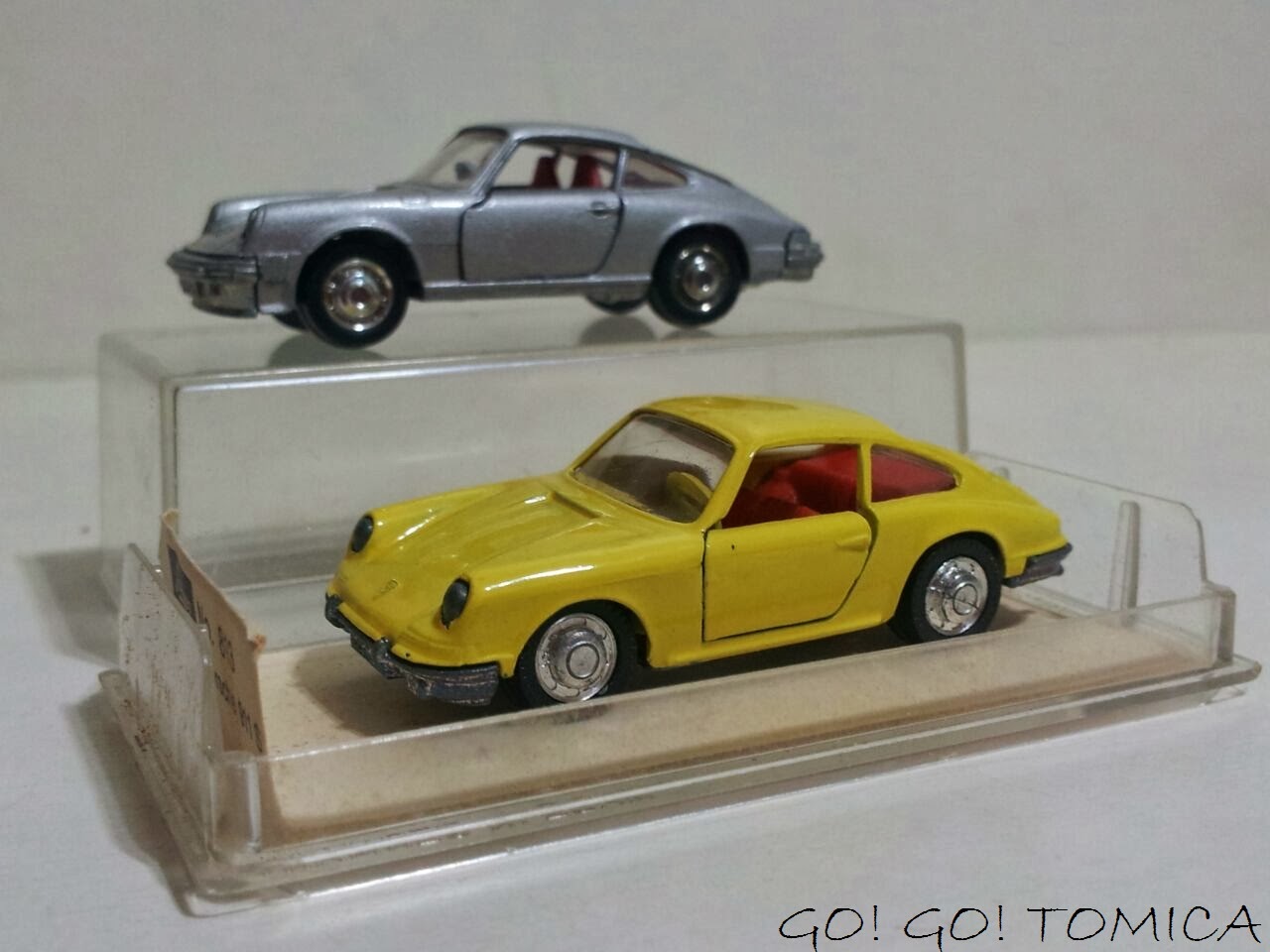 I am not a specialist for any brands, not even Tomica. I  know Tomica a little more than any other brands which makes me a Jack of all trades in collecting. Pros and cons somehow but I would think it do me more good as I have more exposure to different kinds of toy cars. I am always a big fan of Schuco 1/66 toy cars although I do not go to the extend of collecting the whole range like some serious collectors do. Schuco is similar to Tomica in a way as they made mainly German cars like what Tomica done with Japanese cars although the latter made foreign cars from 1976. Schuco do had cars made under license by other brands and some were no license copies. Above 2 Porsches are made by Schuco of Germany and Norev of France. Can you differentiate them correctly? 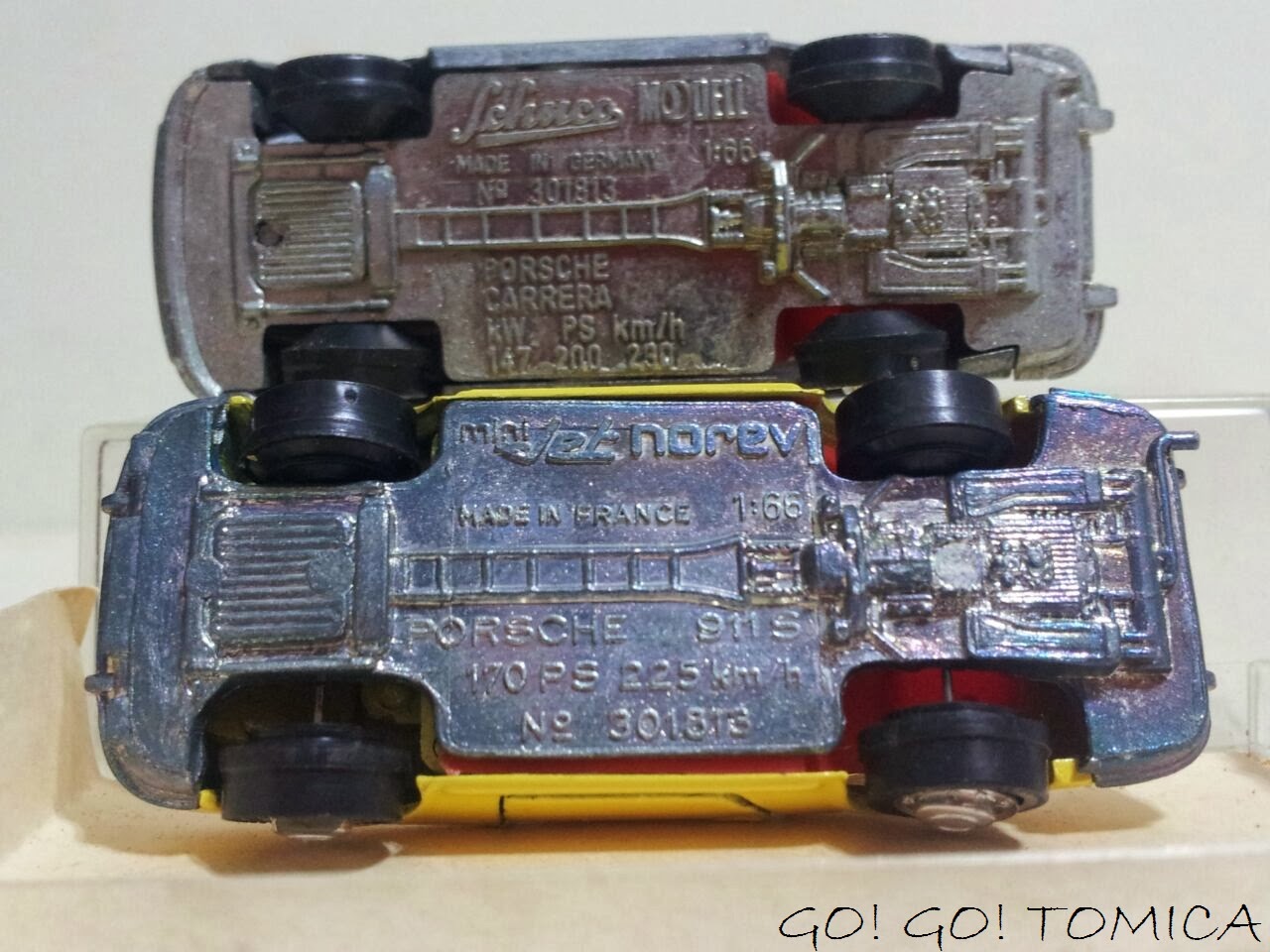 Both Schuco and Norev do have specifications of the car on its base. Notice that Schuco made the Carrera while the Norev made the 911S and the specifications are different. I was so excited when I found this Norev in a swap meet in Japan. The feeling is as good as buying a Hong Kong made Tomica except that it was 10 times cheaper but still not cheap for a car this size. Schuco based Norev are hard to come by these days. 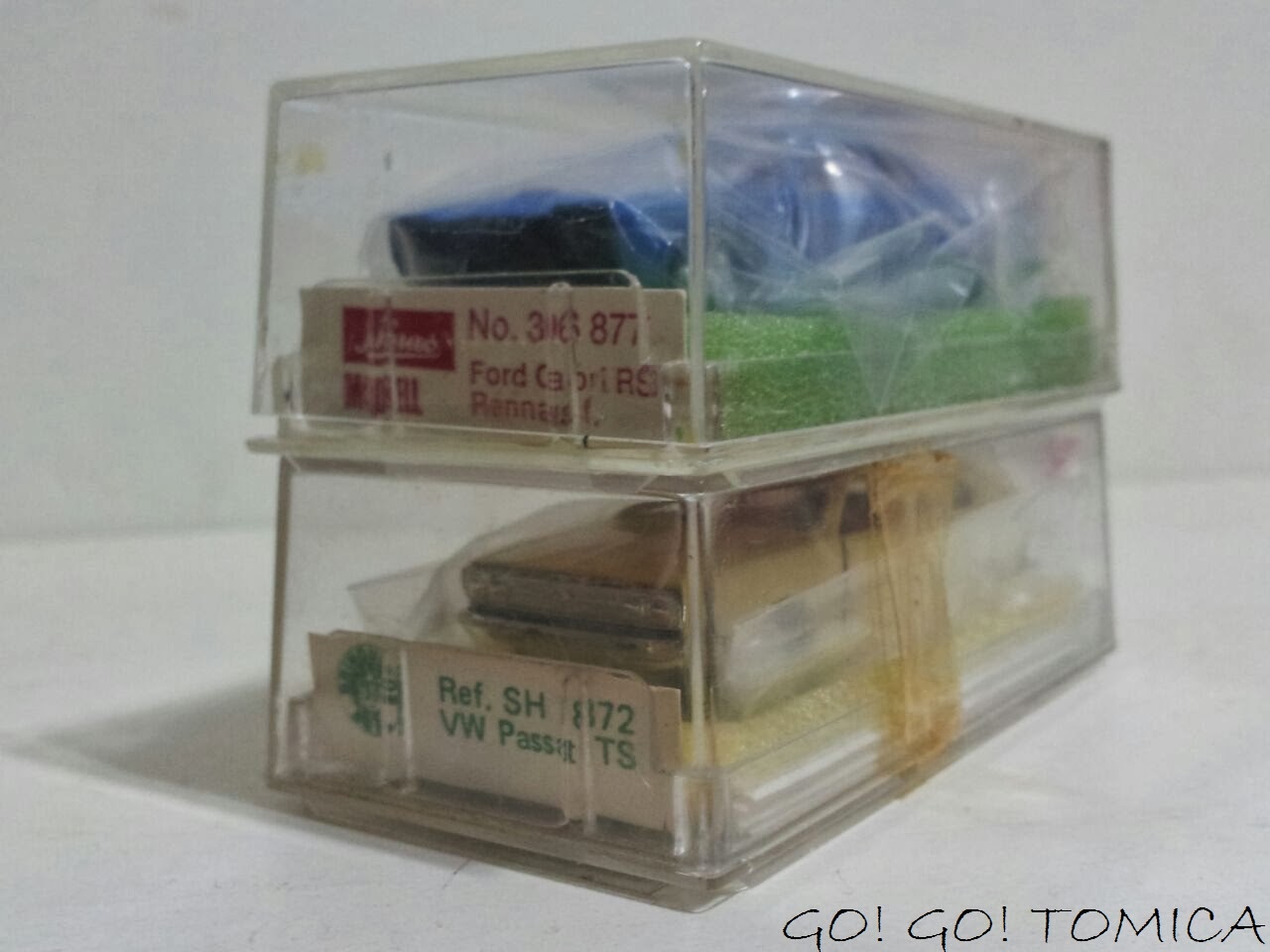 Schuco are mostly packaged in a acrylic case with a coloured sponge to rest the car in it. There is another Schuco based toy car which was made under license as well. The car was packed the same way like a Schuco. Rei of Brazil made both 1/66 and 1/43 scale of Schuco under license. 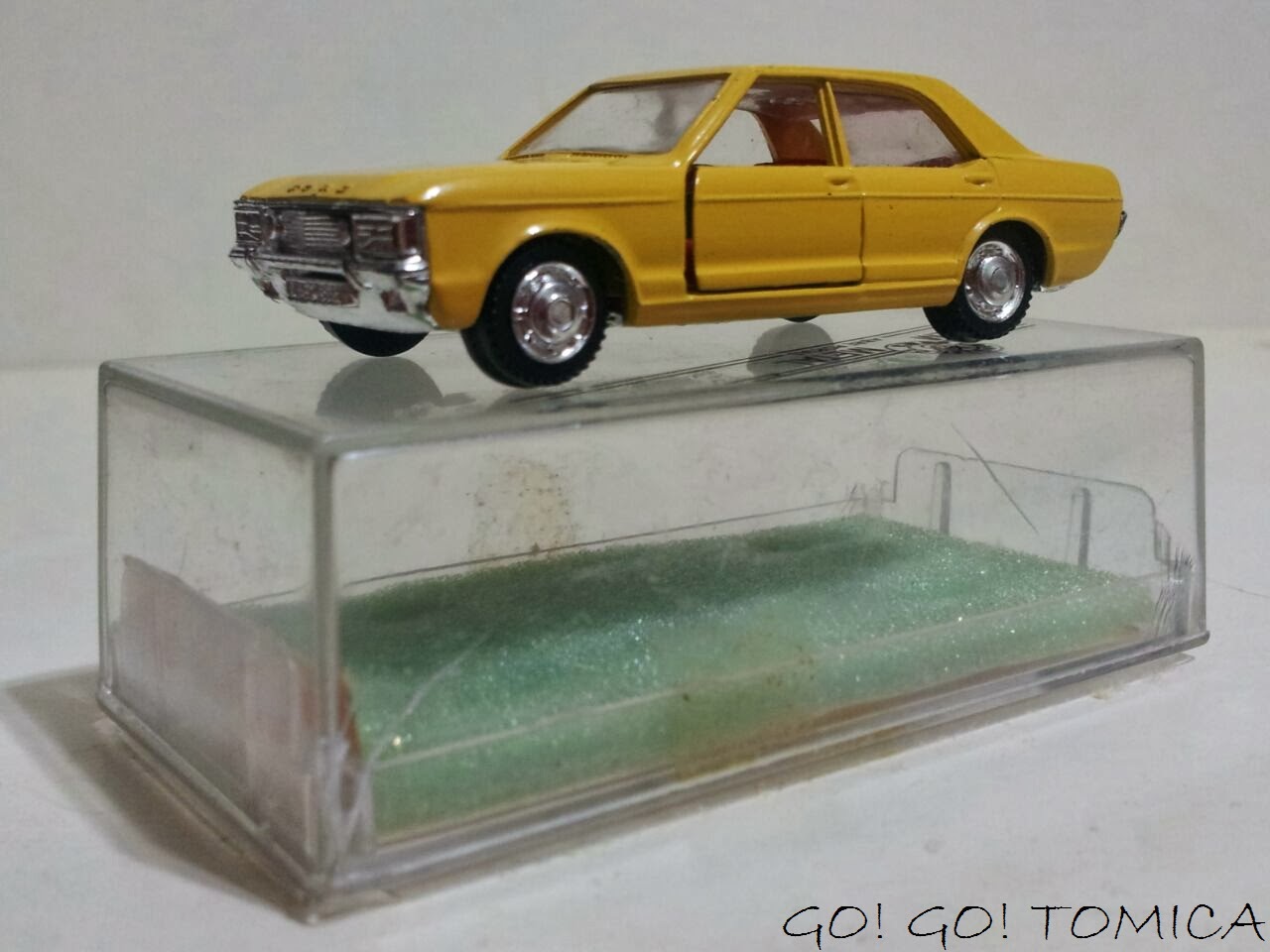 Rei are like Norev in terms of rarity. It is hard for me to comment which is rarer because they are not as common as Schuco. To say Schuco is common is also unjust. I have tried looking for a minty Schuco in its original box but it's almost negative. Most occasions, you will find a few junk Schuco in flea market. The condition is too beaten up that I don't even consider if it is just for an Euro. 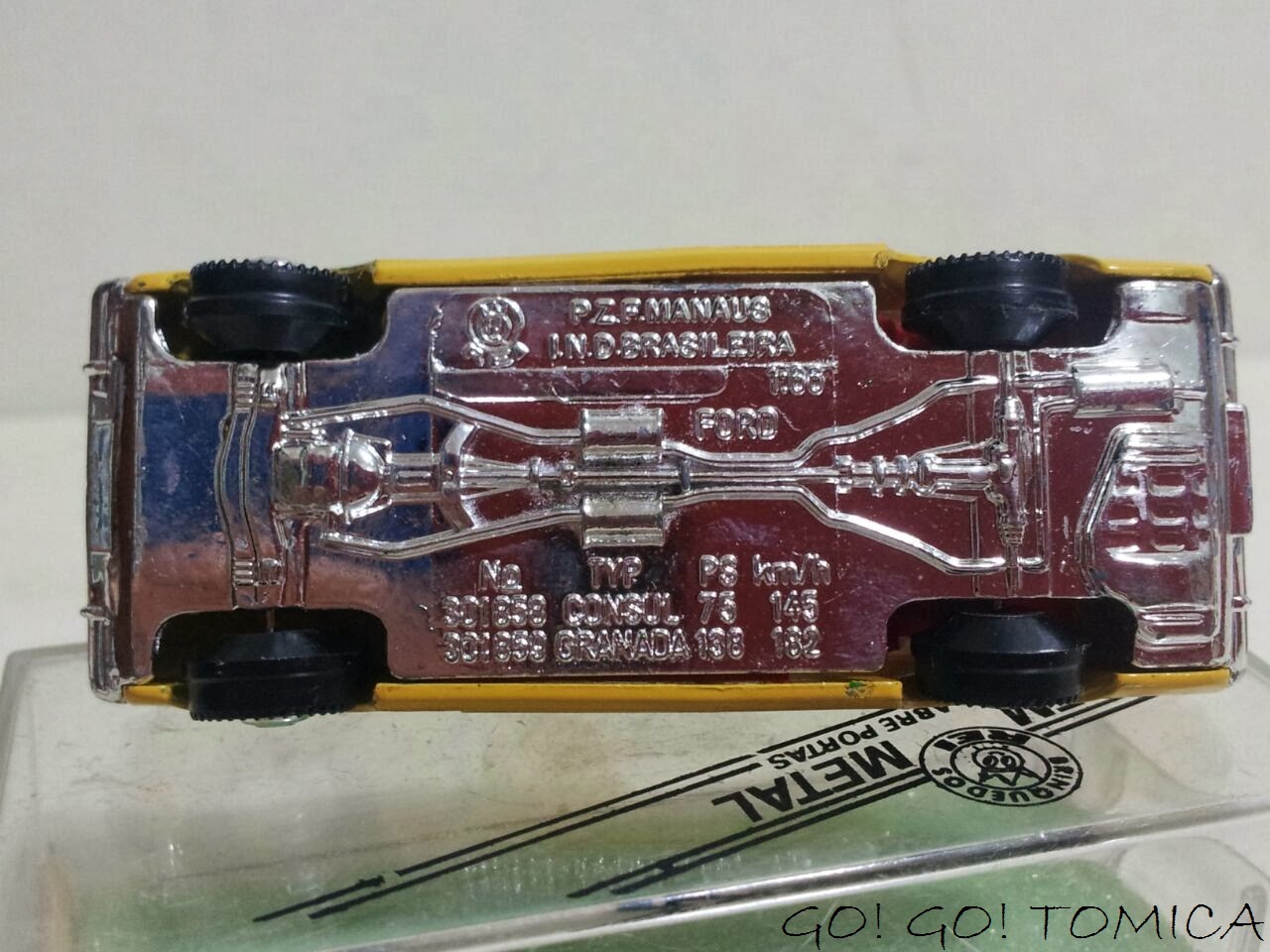 Although Rei was made in Brazil, the quality was not compromised. In fact, the quality surpassed the original Schuco. Some Schucos do have problems of "sticky" paint and oxidized base probably due to improper storage or maybe due to the test of time. The Reis I have comes with shiny chrome base and the car look no different from a Schuco. Rei toy cars do cost an arm or a leg due to its rarity as it is only sold in Brazil. 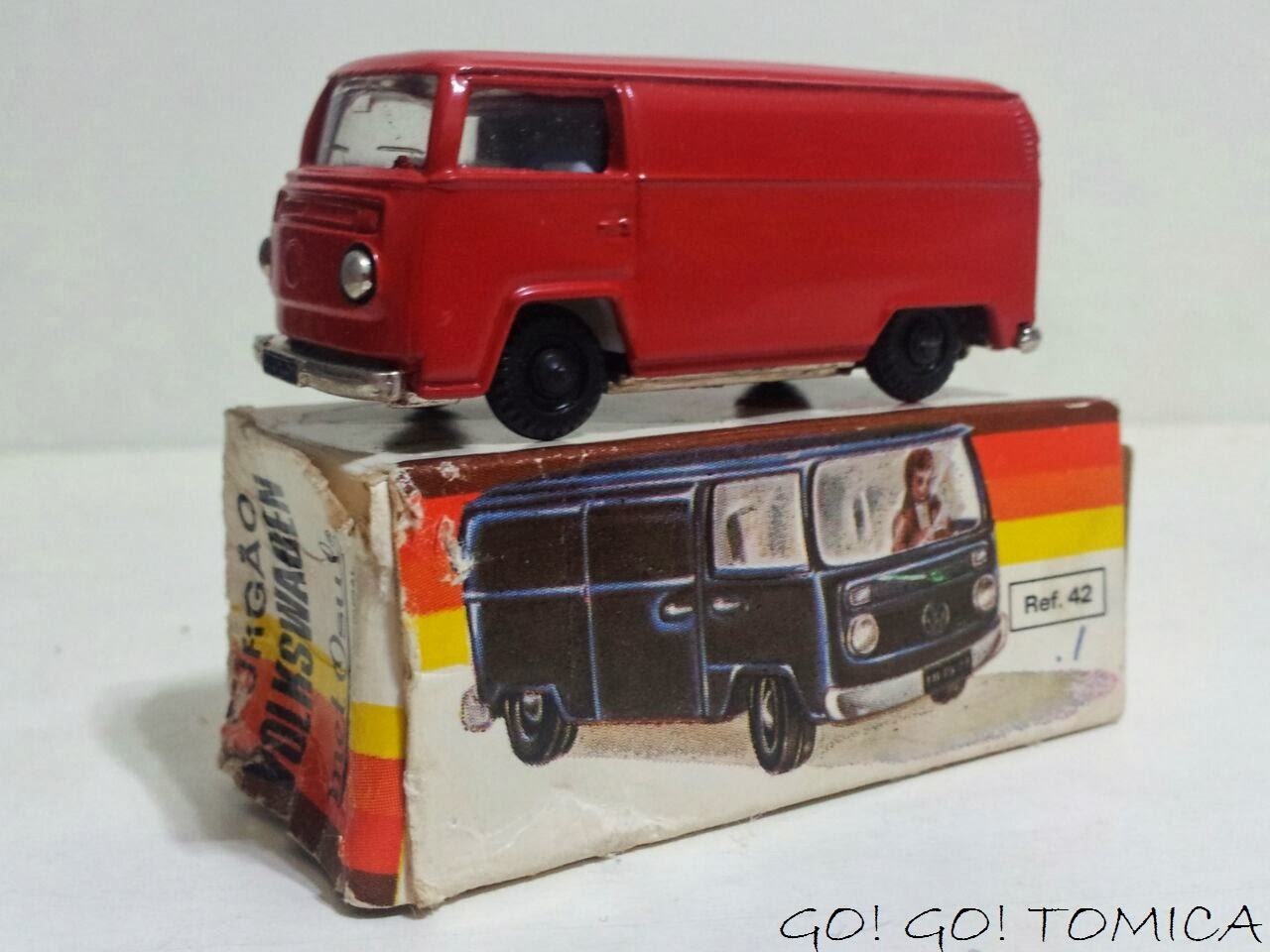 This is a Portuguese made Metosul VW Microbus. It is not known if it is based on a Schuco but the casting look very much similar to one. 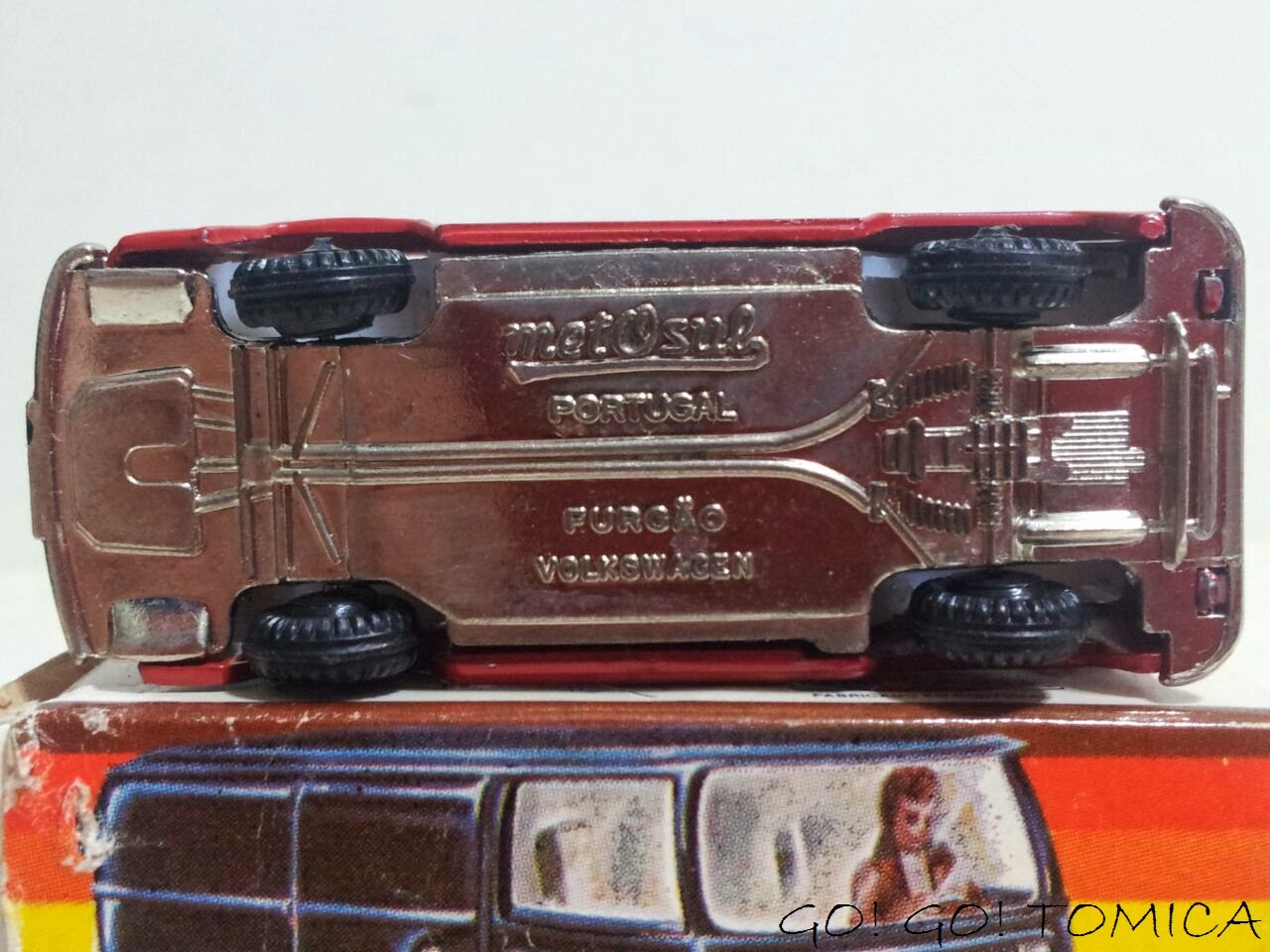 Metosul made mainly larger scale vehicles and this is an oddity as it is made in scale of approximate 1/66 which is similarly sized like a Schuco. The VW microbus should be the only 1/66 Schuco based car in its entire range. Build quality is average but still a charmer. This Metosul is also hard to come by. Lastly, Schuco also comes in the form of "Winner". Winner is made in Hong Kong which they are based on Schuco and Tomica. The distinctive difference should be the shut doors. Schuco and Tomica have doors that open but Winner shuts them. They are made on a budget since they are meant to be a cheap toy then. Comparing Norev, Rei and Metosul, Winner should be the hardest to hunt down. I do have a few pieces but still hunting them piece by piece.