A Song of Sonata 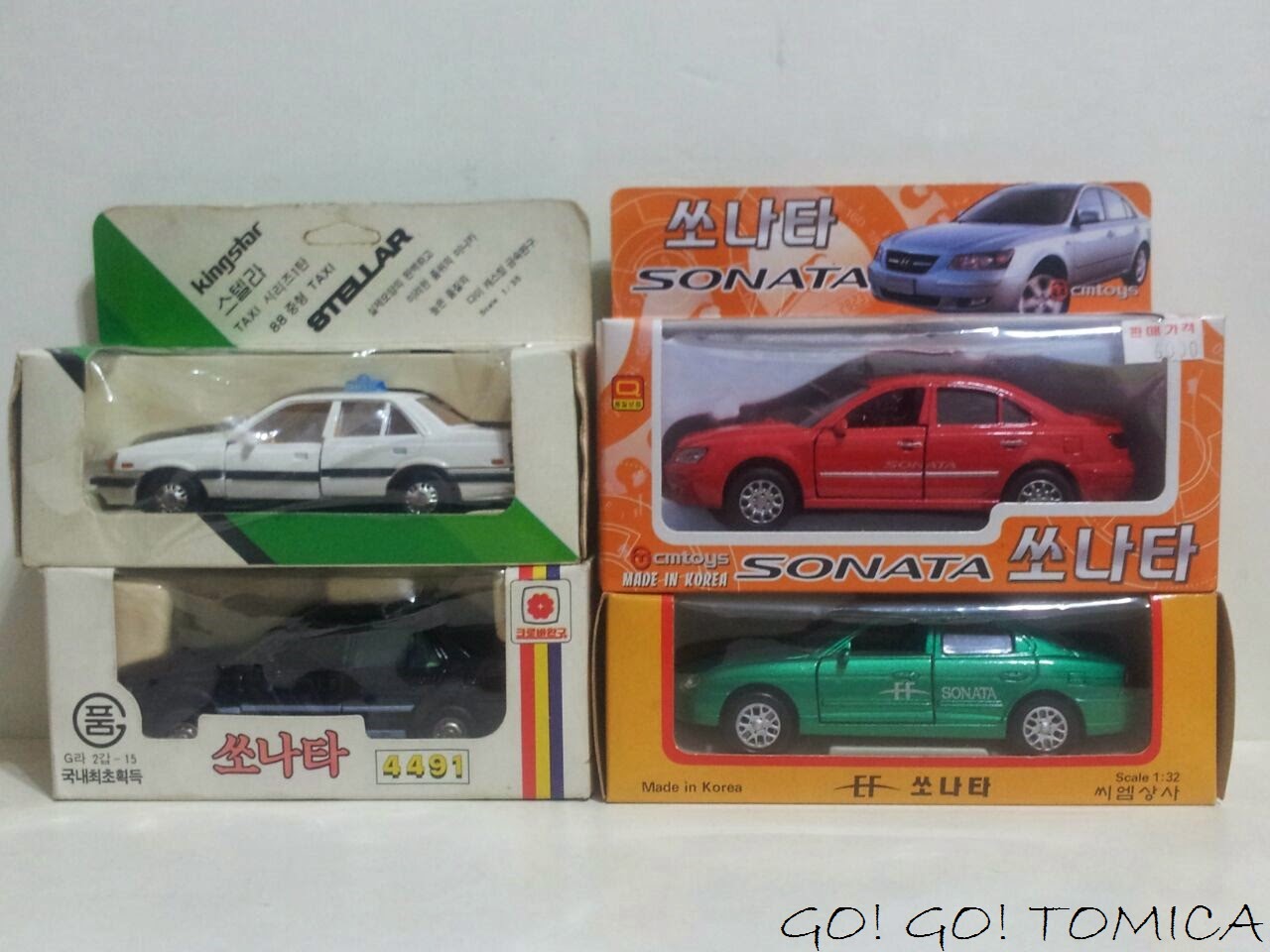 My father has driven cars which have close relations with the Sonata which somehow inspired me to collect Korean toy cars. He never really owned any Sonata. He had a 1987 Hyundai Stellar and now a 2005/6 Kia Magentis (MS). 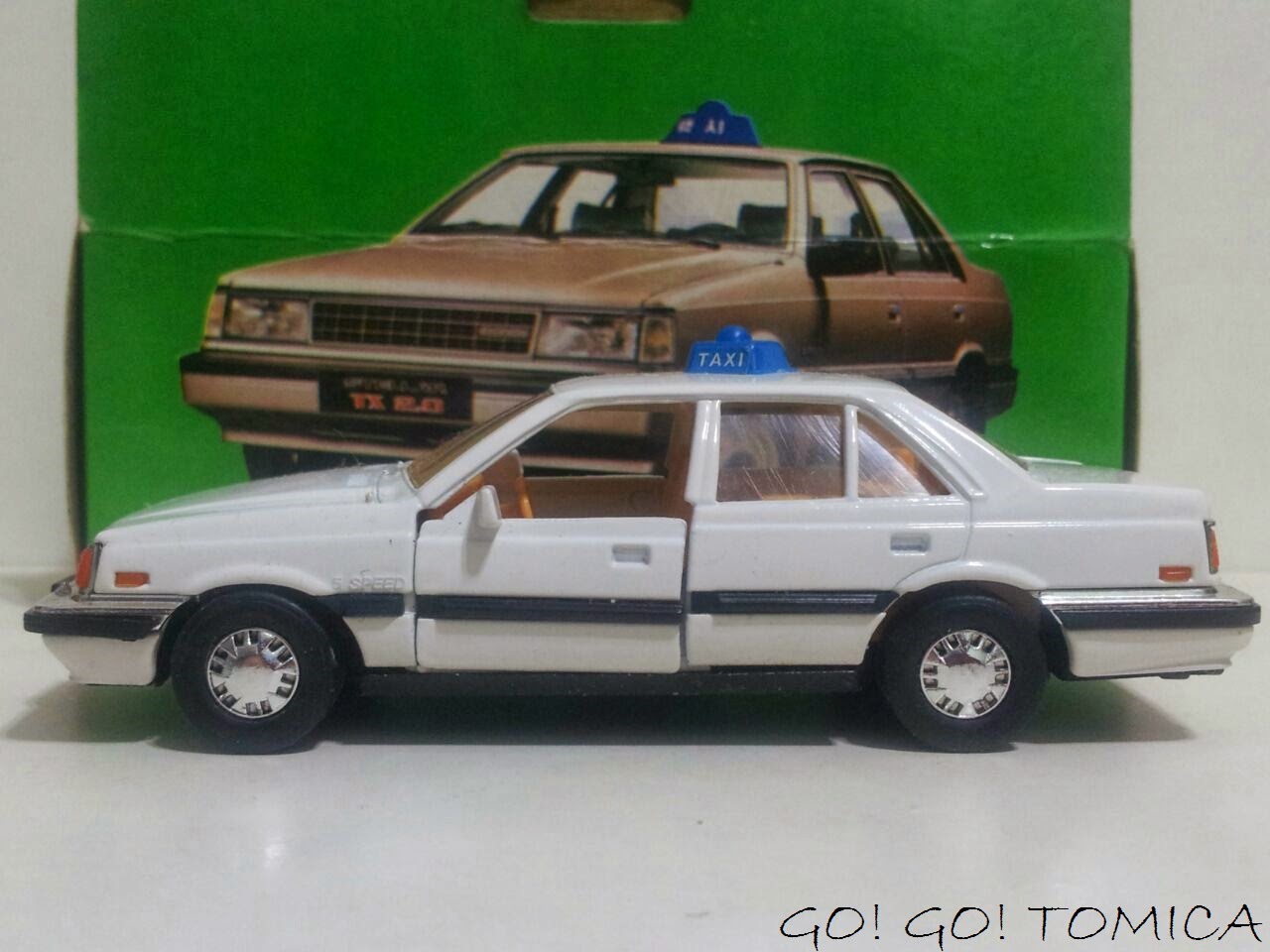 The first Korean car my father bought is the Hyundai Stellar. He bought this car in 1987 and it was a black one. I was amazed by the sheer size of this car comparing to the car my father replaced, the Sunny California. The Hyundai Stellar once roamed the roads of Singapore due to its low cost to own. The car was Corona size (or larger than) but you pay lesser than a Corolla. The Stellar was available in 2 engine sizes, 1.6 and 2.0 as the Stellar Prima. It was based on chassis of a Ford Cortina, donor engine from Mitsubishi and styled by Giorgetto Giugaro. The Stellar was sold in Singapore from around 1984 to 1990. The car was given a facelift in 1987 and Komoco (Hyundai's agent) was doing a more intense promotion then on the refreshed model. It was a success. You might be asking what does the Stellar got to do with a Sonata? Well, the Stellar was actually a Sonata predecessor before Hyundai decide to rebadge it to a Sonata on its second generation. The Hyundai Stellar must be the most forgotten car in Hyundai history. 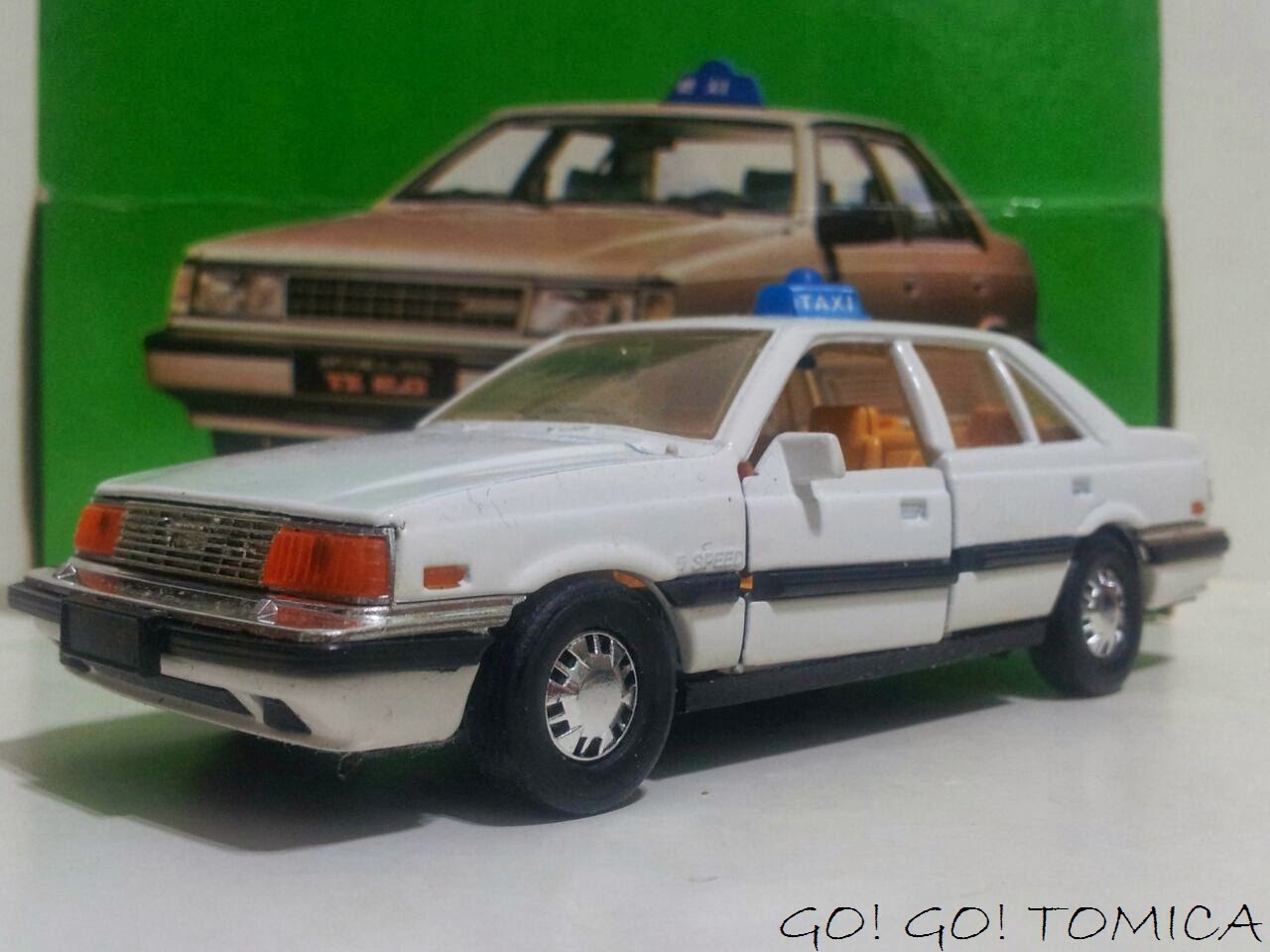 The slogan for Hyundai in the 80s was "Cars that make sense" and from the early 90s, they change it to "Prices that make sense" which I think is a horrid. We all know its cheap to own but it's painful to remind customers that it is a fact. One interesting fact about Hyundai is how they do the facelift of their cars which requires mid life update. Most of the Hyundai models look totally different from the original after the facelift. Sometimes you might think that they launch an entire new model. The facelift is usually done on the front and the rear. Headlights is usually a "victim" in this facelift exercise as it is a norm for Hyundai to change the design totally. Just to name a few Hyundai models that has dramatic facelift. The original Stellar in 1983 looked totally different to the 1987 facelift model that they called it Stellar II. The 2nd generation Sonata (Y2) looks much better than the original with slimmer and sleeker headlights. The first Elantra (J1) looks completely a different car that I thought it was the best looking compact family sedan then. The original design was sleek enough and the designer made it sleek plus a dose of sportiness at the same time. The EF Sonata (1999 to 2005) should be the best selling Sonata in Singapore of all time. 2005 is the year when COE started to fall below the 20,000 mark and the facelift EF Sonata was sold at the price of a 1.6 Japanese car. The facelift was actually not tastefully done in my opinion as it looked too much like a Jaguar X-Type when viewed from the rear. The headlights looked almost (or inspired by) a Mercedes C Class W203.  This must be the worst facelift exercise ever done by Hyundai. 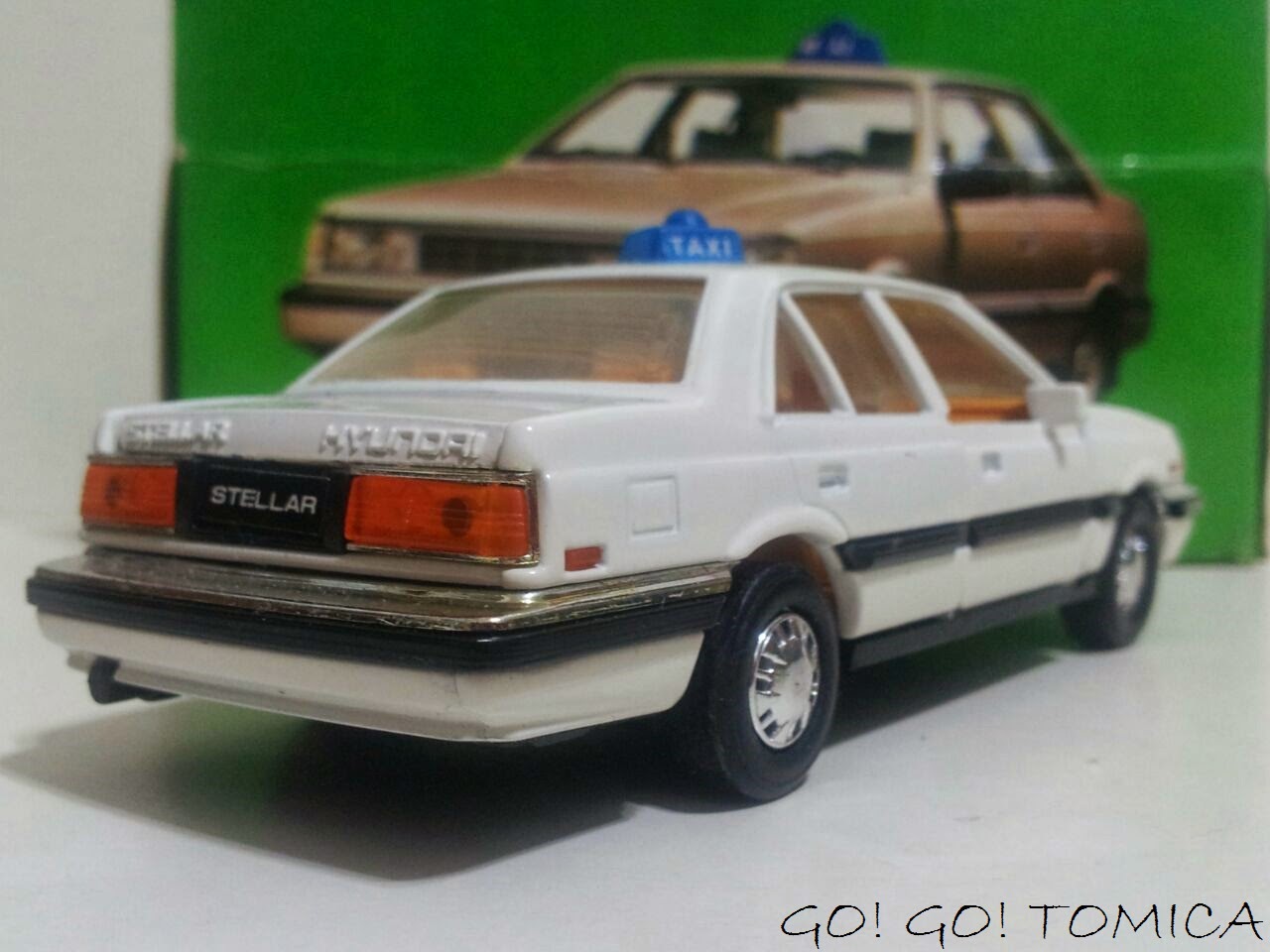 The Stellar did have good memories during my growing up. The first time I sat in it was in Jurong Bowl (if you know where it is), my father picked up the car from the distributor and drove to fetch us. We were shopping in Yaohan with my mum, aunt and cousins. I can't remember how many of us squeeze into the car but it shouldn't pose much problem as it was considered a huge car in the 80s. The air conditioning in the car is so effective that I always freeze in it. We would wait by the road side after visiting my aunt's home. She would always comment that opening the door of the Stellar is no different to opening a fridge. We had driven to Malaysia in the Stellar and it was comfortable enough for my brother and I in the rear for long journey. The car was sold after 4 years of ownership before it was replaced by a 1991 Elantra. I kind of miss the Stellar because it was a larger car than the Elantra. My father said that the Stellar lacks power and he usually changes car every 4 to 5 years then to avoid high repair cost. Finding a Stellar toy car is one of the toughest task in my collecting life as it is so rare that eBay is impossible too. When I found this Stellar in Tokyo last year, I was so excited and finding this car totally made my day. Although it's a taxi version and not black like my dad's Stellar, this should be my best find of the year way above any Tomica I bought in 2013. Korean made toy cars are not of top quality but they do have certain charm in a way. 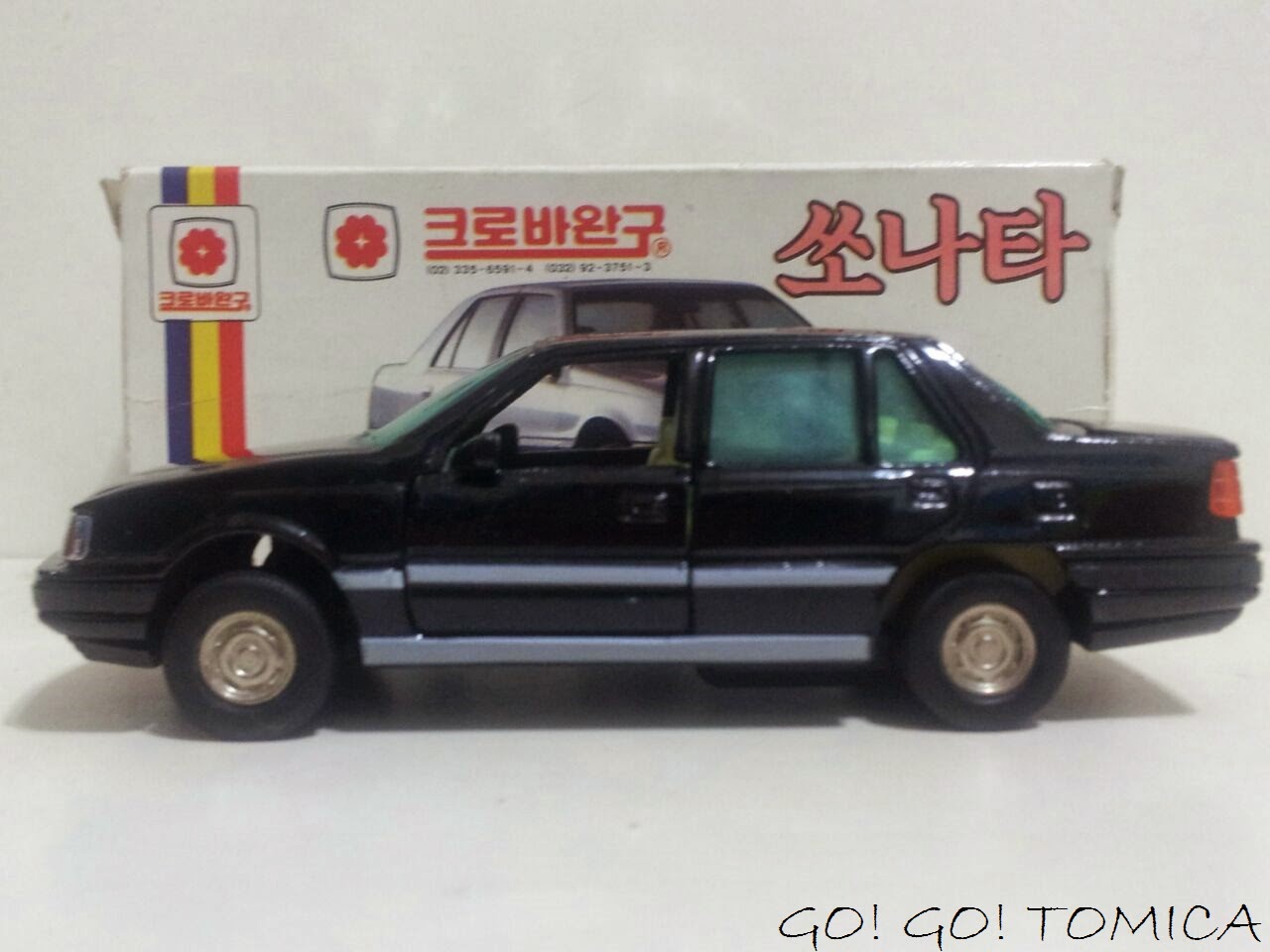 This is the Sonata Y2, successor to the Stellar. I always thought this Sonata looked like a blown up Proton Saga but much nicer and elegant than the Saga from any angle. I remember this car was in the showroom when my father brought us to Komoco to view the new Elantra in 1991. I didn't really took notice of it as I was hoping that my father to buy the Scoupe instead of the Elantra. Komoco showroom was not air conditioned then and the Elantra was not in the showroom too. It was hidden in the workshop so I believe my father was one of the first few customers who bought the first Elantra. I did preserve this Sonata brochure till today, both pre-facelift and the facelift ones. 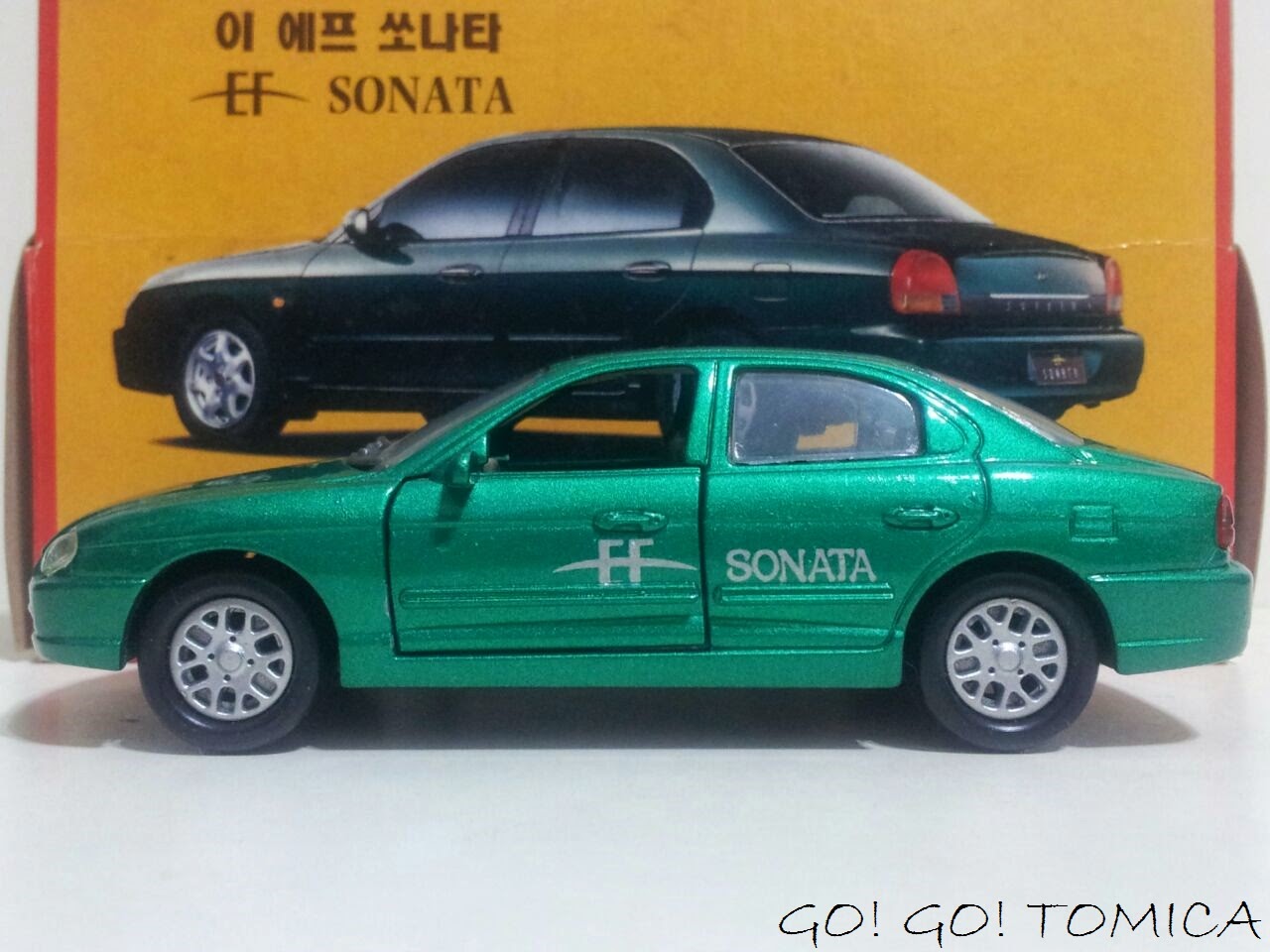 I couldn't find a Kia Magentis (MS) model car so I had to use a EF Sonata since the MS Magentis is a rebadged EF Sonata. Since Kia was under the Hyundai family, all cars in the Kia range shares the same chassis and engine. Before the launch of the Kia Magentis, there was a Kia Clarus but understand that Magentis might not be a direct successor to the Clarus. It could be because the Clarus was a Mazda 626 clone and all Kia cars were previous Mazda source (engine and chassis). The same goes with the Kia Sephia which is a Mazda Familia and the name was discontinued after the merger with Hyundai. Cerato was introduced and it's a Elantra variant. The EF Sonata was cheap to own in 2005 and sales soared. Kia at the same time introduced the Sonata variant which is the Magentis. The Magentis did not sell as well as the Hyundai although the price of the Magentis in 2006 is lower than most Japanese 1.6. Imagine getting a basic Magentis for $51,000 and a Lancer or a Sunny cost almost the same. I don't have any driving experience with the EF Sonata but driving the Magentis should spell the same. The Magentis drive like a tank on first impression. It feels heavy but reasonably comfortable for this price. I thought it looked better than the facelift EF Sonata although the Magentis headlights looked suspiciously like a W210 E Class. 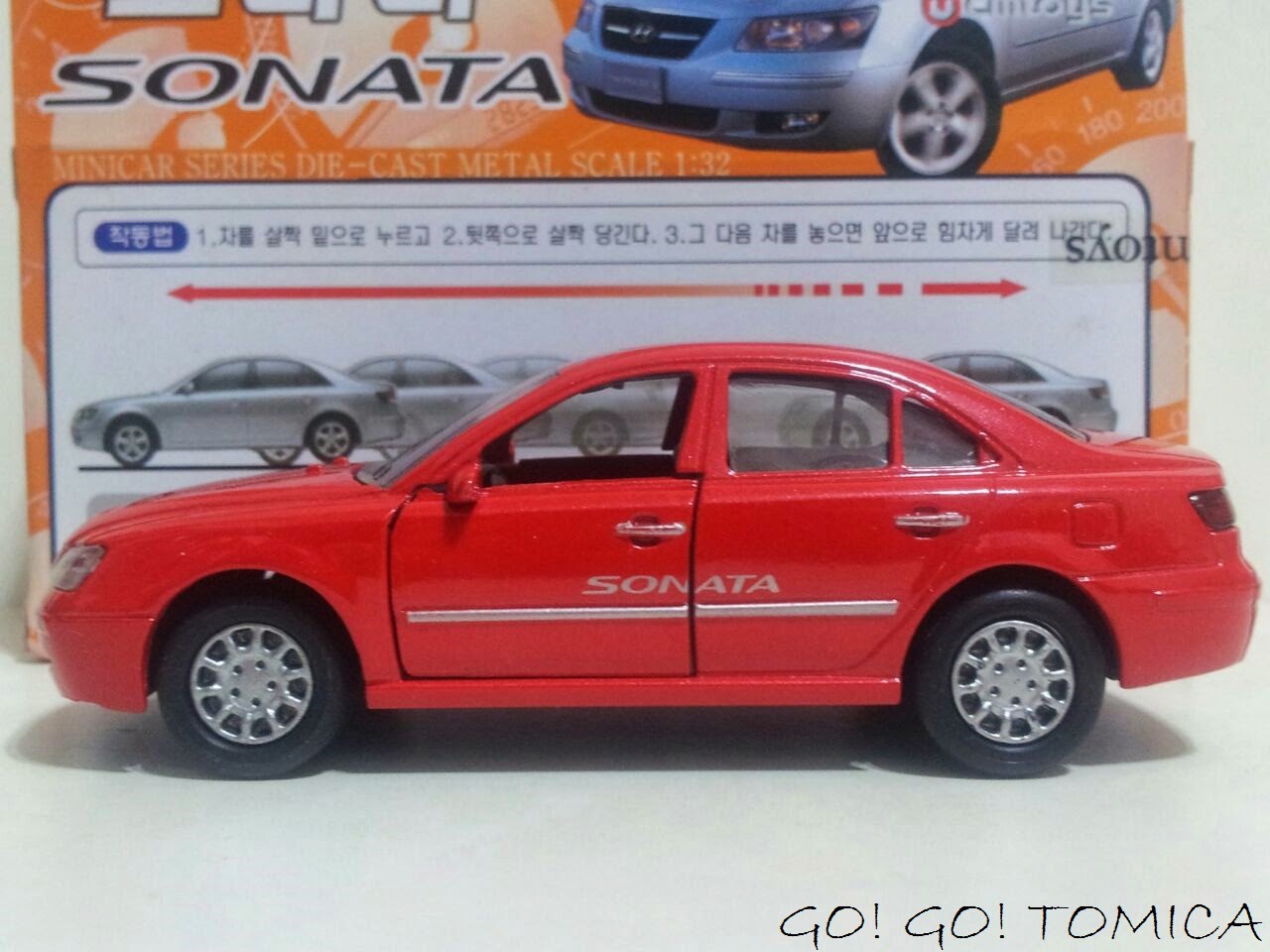 Before buying the MS Magentis, we did view this car as well. Not exactly the NF Sonata but the MG Magentis. I wanted to avoid this car since NF Sonata and MG Magentis are used widely in Singapore as a taxi. If the price is cheap, I think we can convince ourselves to buy one for short term use. We are not really seeking for a Korean car in the first place but the price is much lower than Japanese car and my father doesn't want to spend too much on a used car. This is also his first time buying a used car in his entire life. I was helping him look out for Nissan Sylphy instead, we were on the way hoping to buy a white Sylphy 2.0 but upon reaching the showroom, the sales person informed that it was sold. We left with disappointment and ended up with a Magentis. In between, we also considered Toyota Corolla Altis, Honda Civic, Mitsubishi Lancer 1.6 and also a 1.8 turbo charged one over a few months of hunting a used car. I was kind of surprised that my father to decide on the Magentis immediately since we never had the thoughts of a Korean car during our shopping. 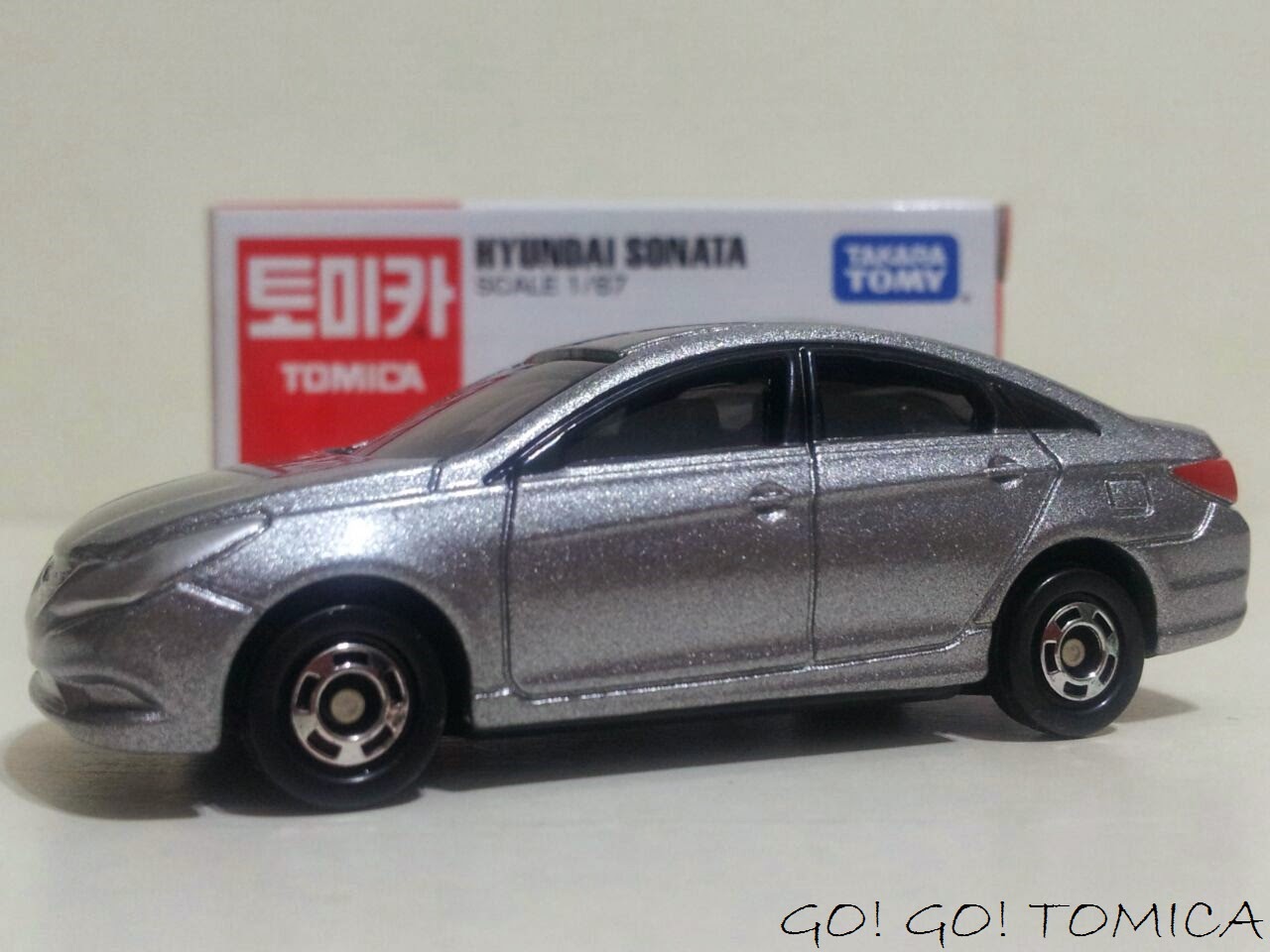 I didn't have the chance to buy the Korean made latest Sonata (aka i45 in Singapore) toy car yet but I have the Tomica Hyundai Sonata. It's the first Hyundai Tomica made. Initially I preferred the Optima K5 over the latest Sonata but the i45 has a more lasting look than the K5. It's elegant as compared to the K5 sporty feel. Who knows as my father might buy a used i45 to replace his Magentis in 2016 when the car is due for scrap.