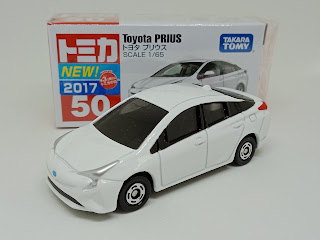 Jan 2017, Toyota Prius
The new Prius is avant-garde in design compared to past generations of Prius. You either love it or hate it. Prius was eliminated due to that large chunk of paint over job on rear window. 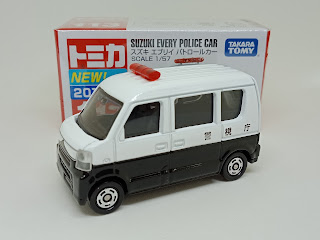 Jan 2017 Suzuki Every Patrol Car
Usually I will not consider repeat models as best Tomica unless it is well done. This is just another patrol car from Tomica. Forgettable. 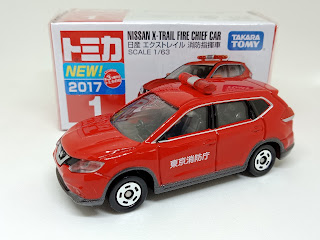 Apr 2017 Nissan X-Trail Fire Chief Car
Love everything about this X-Trail except for the rear window. 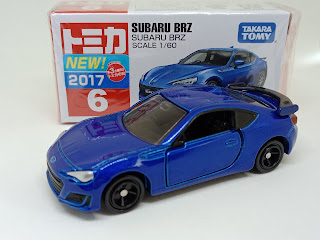 May 2017 Subaru BRZ
Honestly I am tired with all colour variations of BRZ and 86. 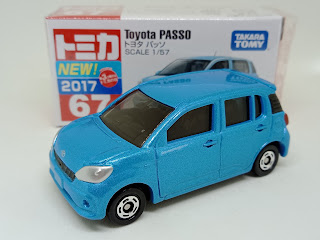 Jun 2017 Toyota Passo
One of the more uninspiring model of the year. 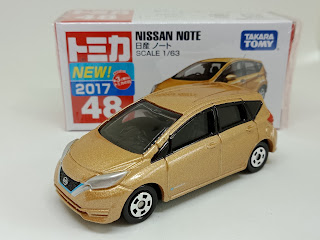 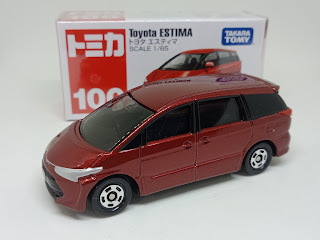 Sep 2017 Toyota Estima
Just didn't like windows to be painted. 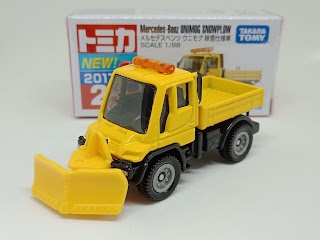 Feb 2017 Mercedes-Benz Unimog Snowplow
A much better variant of the previous one. 2 movable features is a plus point but feels feather light weight for a truck. 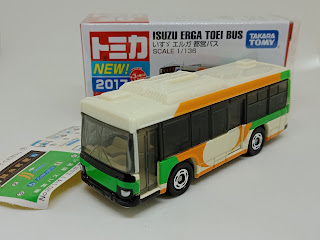 Oct 2017 Isuzu Erga Toei Bus
I like to put one of the buses in top position but it will be in a much better position if the details are printed on the bus rather than DIY sticker decal sheet. 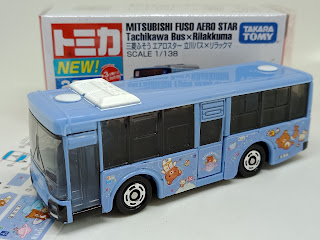 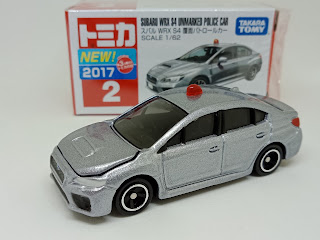 Mar 2017 Subaru WRX S4 Unmarked Police Car
Nice car overall but not so much into unmarked cars. Could have produce a new model instead. 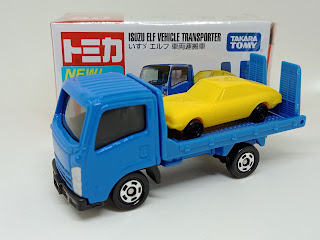 Mar 2017 Isuzu Elf Vehicle Transporter
It was eliminated not because the Isuzu 117 it carries is plastic but the scale seems wrong. 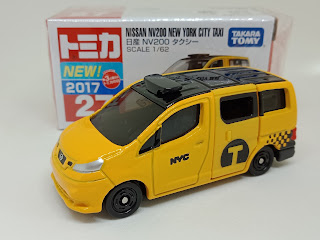 Jul 2017 Nissan NV200 New York City Taxi
Was surprise that a taxi version was made instead of a regular road car. It was a nice model except for the omission of suspension and the rear painted window. 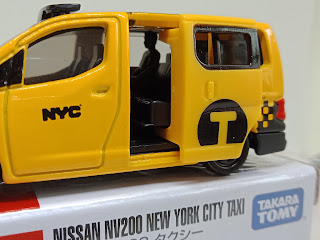 Worth commendable is a passenger is included, hope it isn't too much to ask for a driver as well. 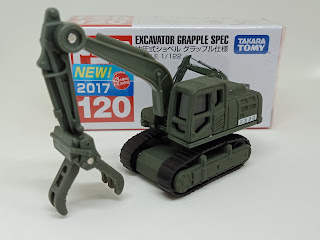 May 2017 Excavator Grapple Spec
Was once ranked second in my list 5 years ago. The colour just irks me. Overall still well made for an excavator. 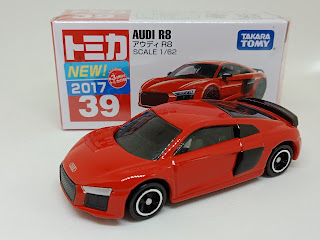 Jun 2017 Audi R8
A super car which is as plain as Jane. Missing some X factor. Looks really too simple. 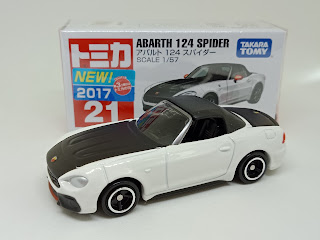 Apr 2017 Abarth 124 Spider
Not really mainstream and not really exciting to look at. 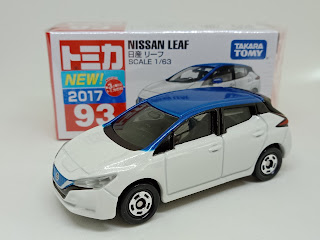 Oct 2017 Nissan Leaf
This is one model I really hate to kill it off at this stage. It is a far cry from the first Leaf Tomica made some years ago. I could have ranked it in top 3 but it was let down by the rear hatch. The fit and finish is really nice but I cannot accept metal rear windscreen on Tomica. The front grill is very nicely done which has a 3D feel where the Nissan logo is located. To make up my guilt to rank this car out of top 3, I will award it as "The Best Japanese Car of Tomica". 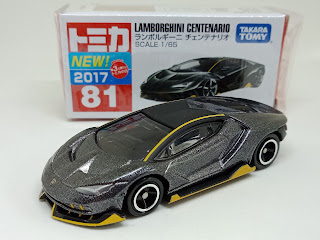 Feb 2017 Lamborghini Centenario
Perhaps it's a Lamborghini and I have higher expectation of it. It didn't really wow me when I first looked at it. It was much better than previous Lamborghini Tomica made though. The best are definitely Countach and Miura. Mercielago could be the only better post-Japan made Lambo. The reason why it was among last 8 because it has a nice body and paint work. 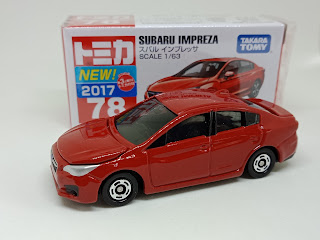 Aug 2017 Subaru Impreza
I am a huge fan of 4 door sedan. I was almost ranking it tops until better cars came along. The car was let down by the bulging bonnet even when closed. Perhaps its body colour plays a part too, the rear look so plain due to rear lights sharing same shades of the body colour. 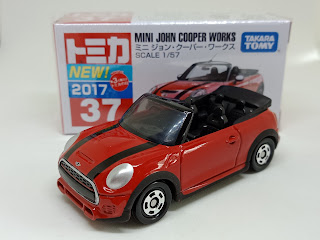 Nov 2017 Mini John Cooper Works
Nicest feature of this car is the front grill, in fact the whole car is well made as all details are courtesy from its mould. What I don't understand is that why a cabriolet is used as a regular version. Cabriolets made by Tomica hardly sell well. A Countryman or a Clubman might be a better proposition. In general, it's still a nice car but looks like a bathtub on wheels. 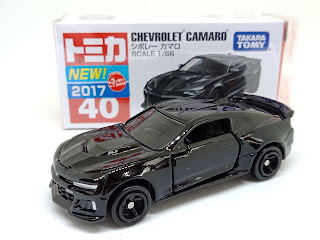 Dec 2017 Chevrolet Camaro
This is one of the cars I seriously intended to put it in top spot. In general, all better cars of 2017 are quite on par with one another but not memorable. It voices down to each and individual preference. It is a well made model in general. Call me bias to place it slightly off the top 3 spot. I don't fancy the black for a Camaro or any sports cars in general. After some serious consideration, the top 3 cars are more unique in their own ways. 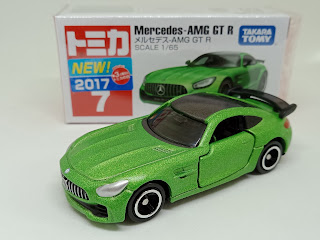 Aug 2017 Mercedes AMG GT R
3rd Place of 2017
Initially placing the AMG first, I was shuffling among the 3 cars to be first but eventually it landed on 3rd place. This is the same build quality like a Toyota 86 but beat a Camaro in terms of pedigree of brand and image. Nothing to shout about and nothing to nitpick too. 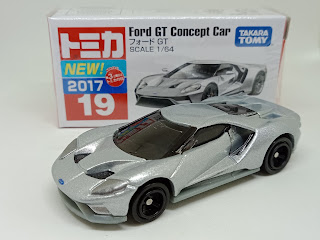 Aug 2017 Ford GT Concept Car
2nd Place of 2017
I am no fan of Ford but this is one car that is uniquely made. The car looked like it is made of different parts but it is actually one piece. Just look at the groove lines along the door and the rear engine compartment. It doesn't have any opening feature nor movable parts but the body is simply beautifully made. 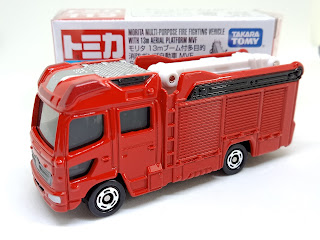 Nov 2017 Morita Fire Engine
1st Place of 2017
This is one massive truck model that one shouldn't ignore. I never like fire trucks but this one really made the presence felt. Some trucks don't bother to include any interior but this one had front and rear seats. The detailing are all crafted onto the casting. The aerial platform is movable as well. The only complain is the missing suspension. I didn't take notice of this truck until I check it out few days ago. Please check this fire truck out if you have overlook this model.