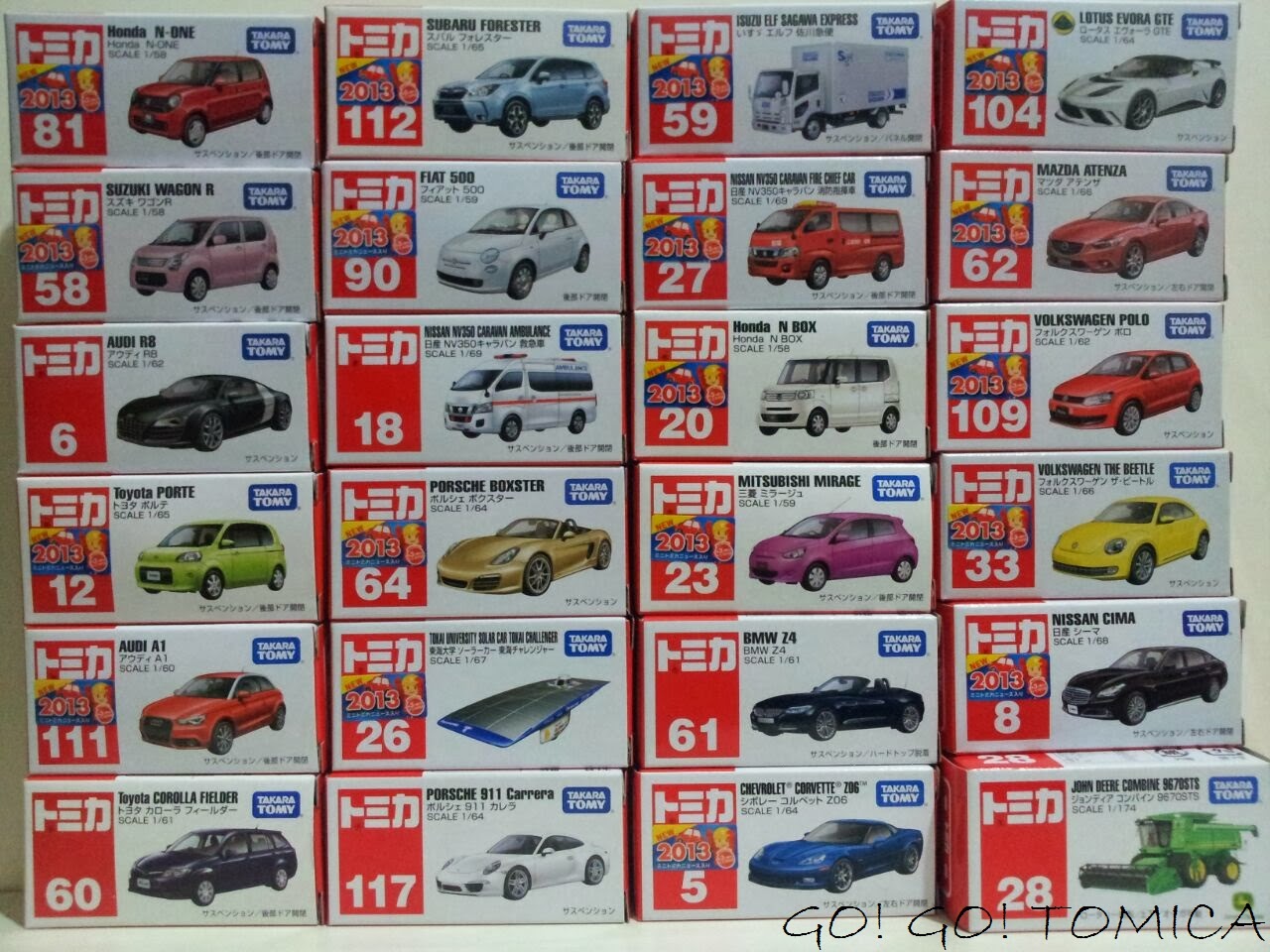 2013 ended and it's time to do a recap of the Tomica released last year. We saw foreign cars released almost every month. Not a bad thing for collectors who love foreign vehicles but most of the cars are badly made. Is there any good cars made in 2013? Yes, a couple of them but not something I would say outstanding. I will grade them from A to F, "A" being the best of course. Again, this is something I do for fun yearly so please do not get offended if my opinion does not synchronize with yours. 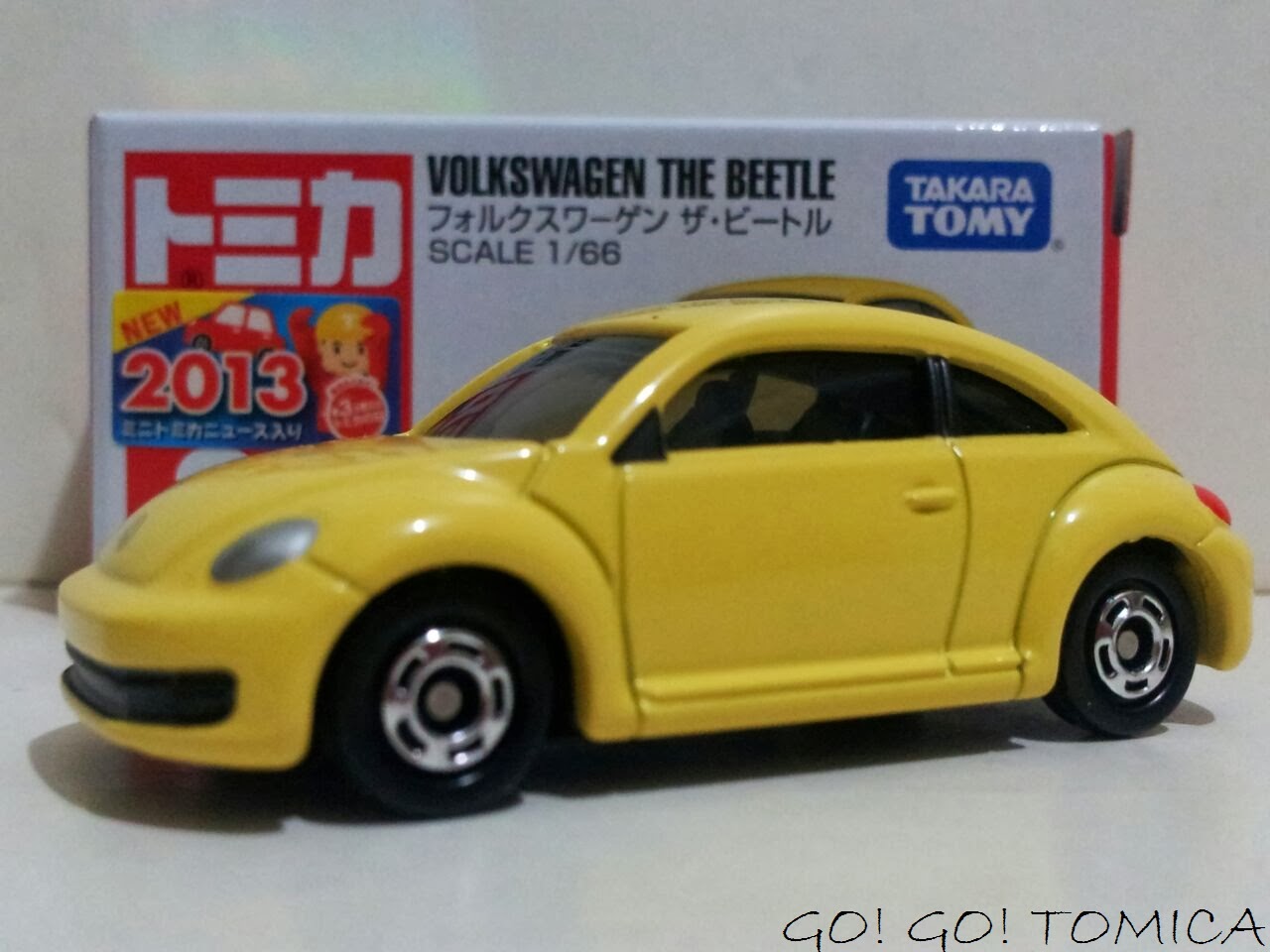 1/66 Volkswagen Beetle, Made in Vietnam

Remarks: This is the car I have been looking forward but it turns out to be a flop. The Beetle suffers the most corners cut for 2013. In my opinion, Beetle should be scaled between 1/60 to 1/62 instead of 1/66 as this scale is for big saloon cars. The rear window is not spared either. They did it on opening hatch 2 decades ago and they are doing it on rear window in recent years. This is something I couldn't accept for a Tomica. Real Toys and RMZ City can do a proper window for their cars at half of the price.

Award: Most Disappointing Tomica of The Year 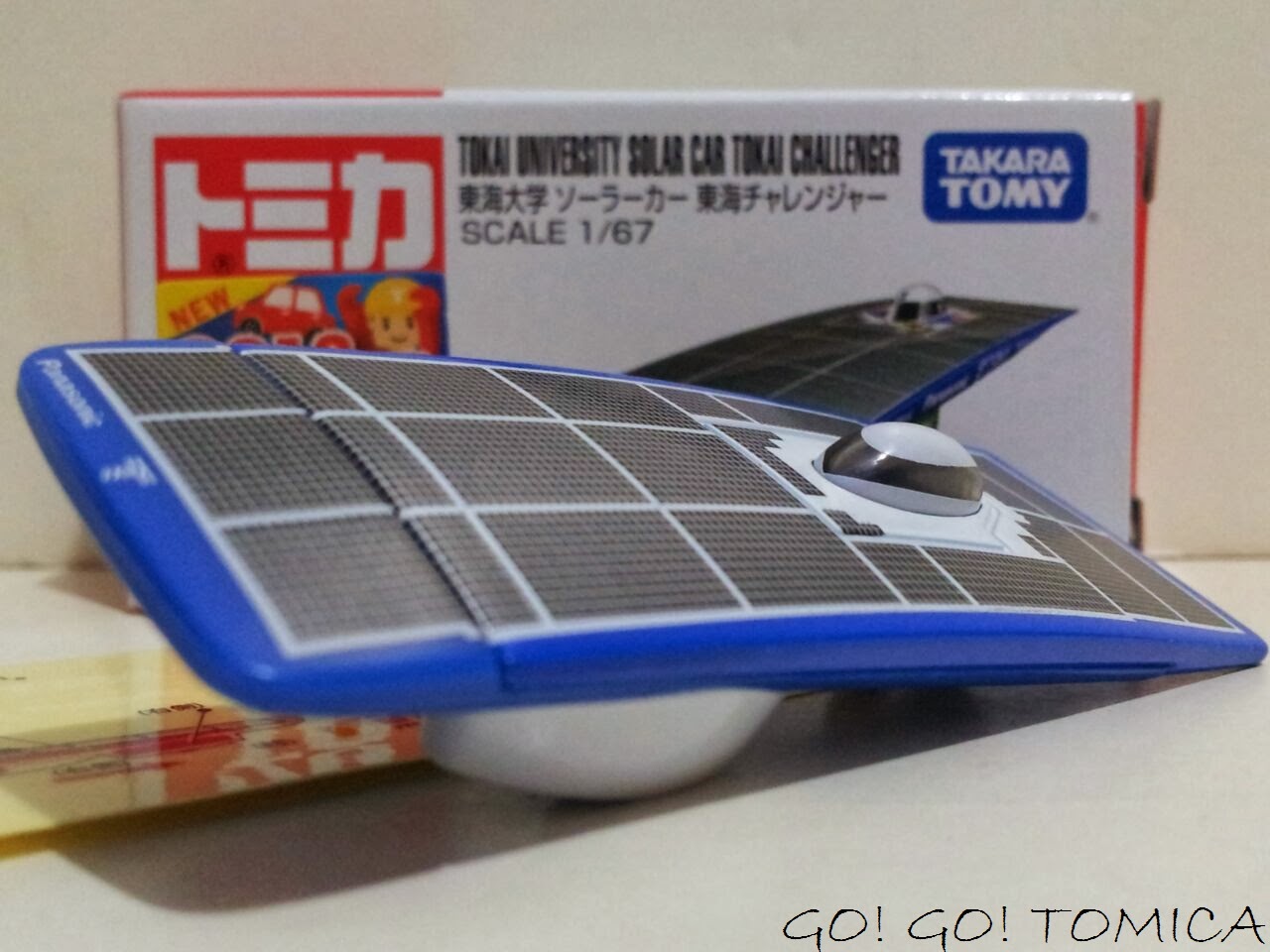 1/67 Tokai Challenger, Made in Vietnam

Remarks: Actually no major faults with this car because I can't really think of any special working features for this type of vehicle. The vehicle is too simple to have any flaws. Why this car is released is a puzzle to people like us who are non Japanese. Most of us will not really appreciate this vehicle and I foresee that it will be another short production Tomica. It is ranked lowly because it is not mainstream and it is not really something which collectors looking forward to buy one. 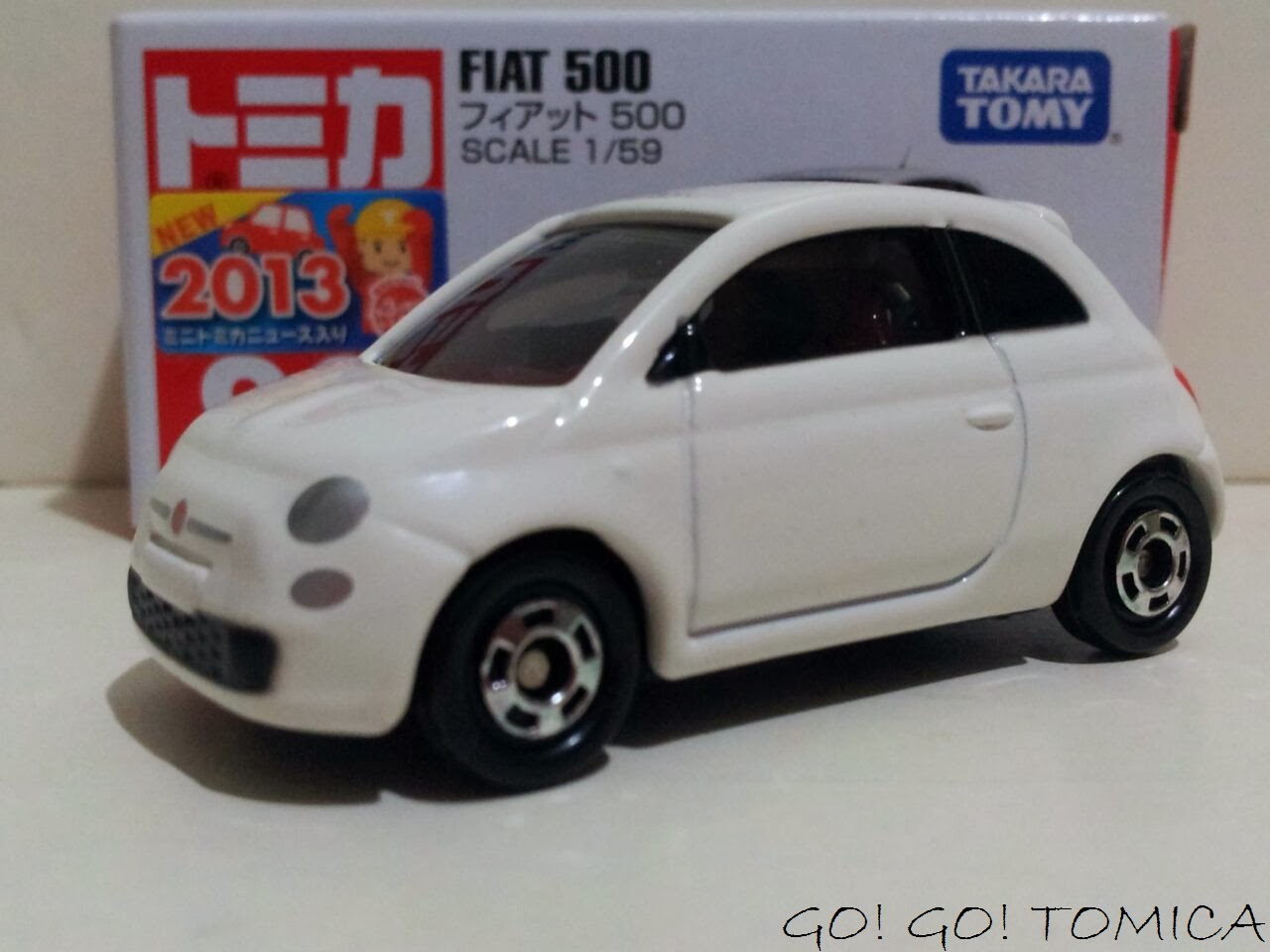 Remarks: The Fiat 500 came a little late as the actual car was around for quite some time. The Fiat 500 has the worst front end. The headlights and grill are done abruptly without much thoughts. Side windows and rear hatch windows are painted. Car has no suspension as well. 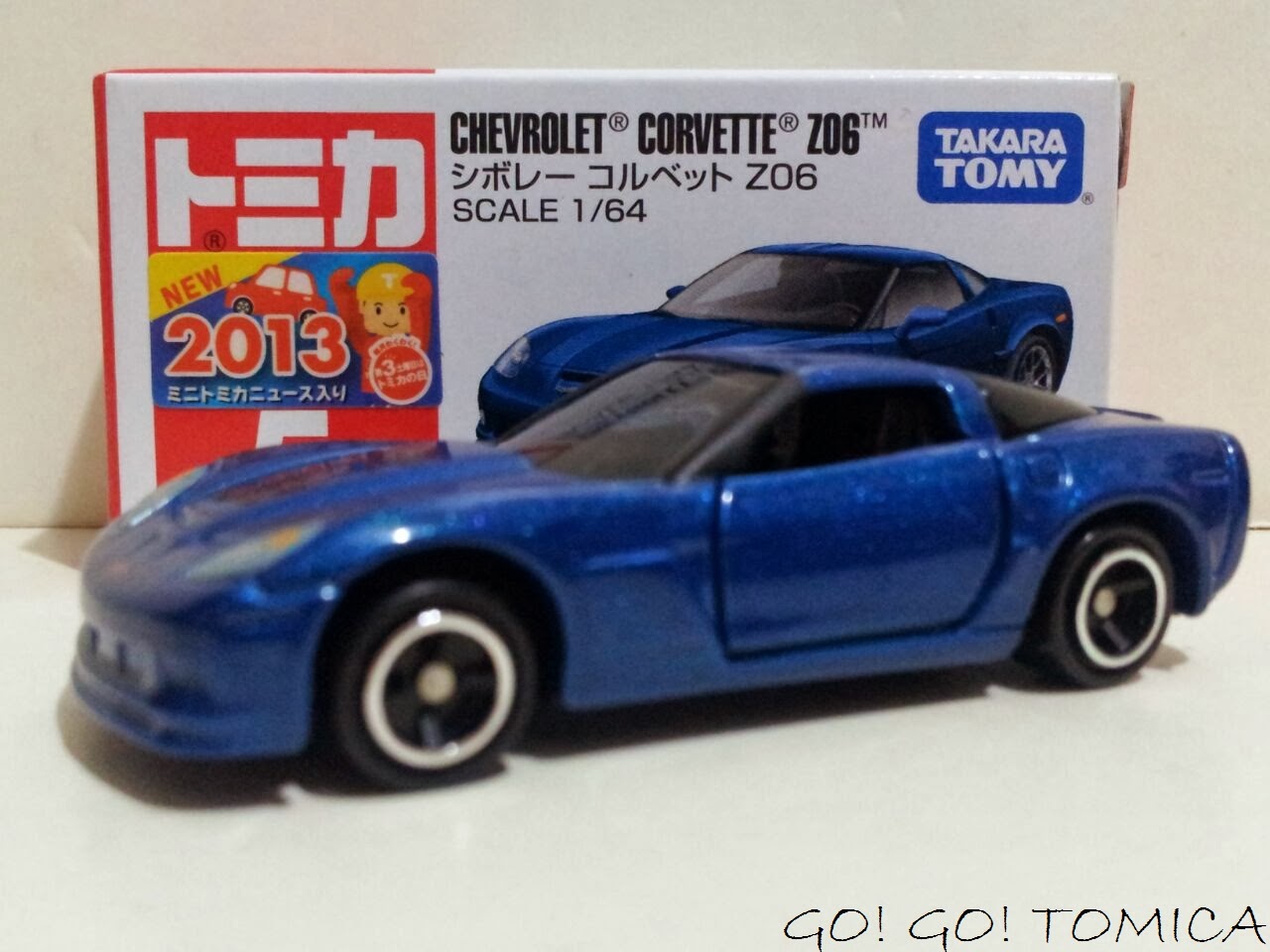 1/64 Chevrolet Corvette, Made in Vietnam

Remarks: Overall presentation is nice but if you look closer, there are some cost cutting measures too. The worst feature is the big chunk of painted rear window which could have been made of plastic instead. The front headlights seems painted by some primary school children. Paint quality and opening doors save it from being ranked last of the lot. 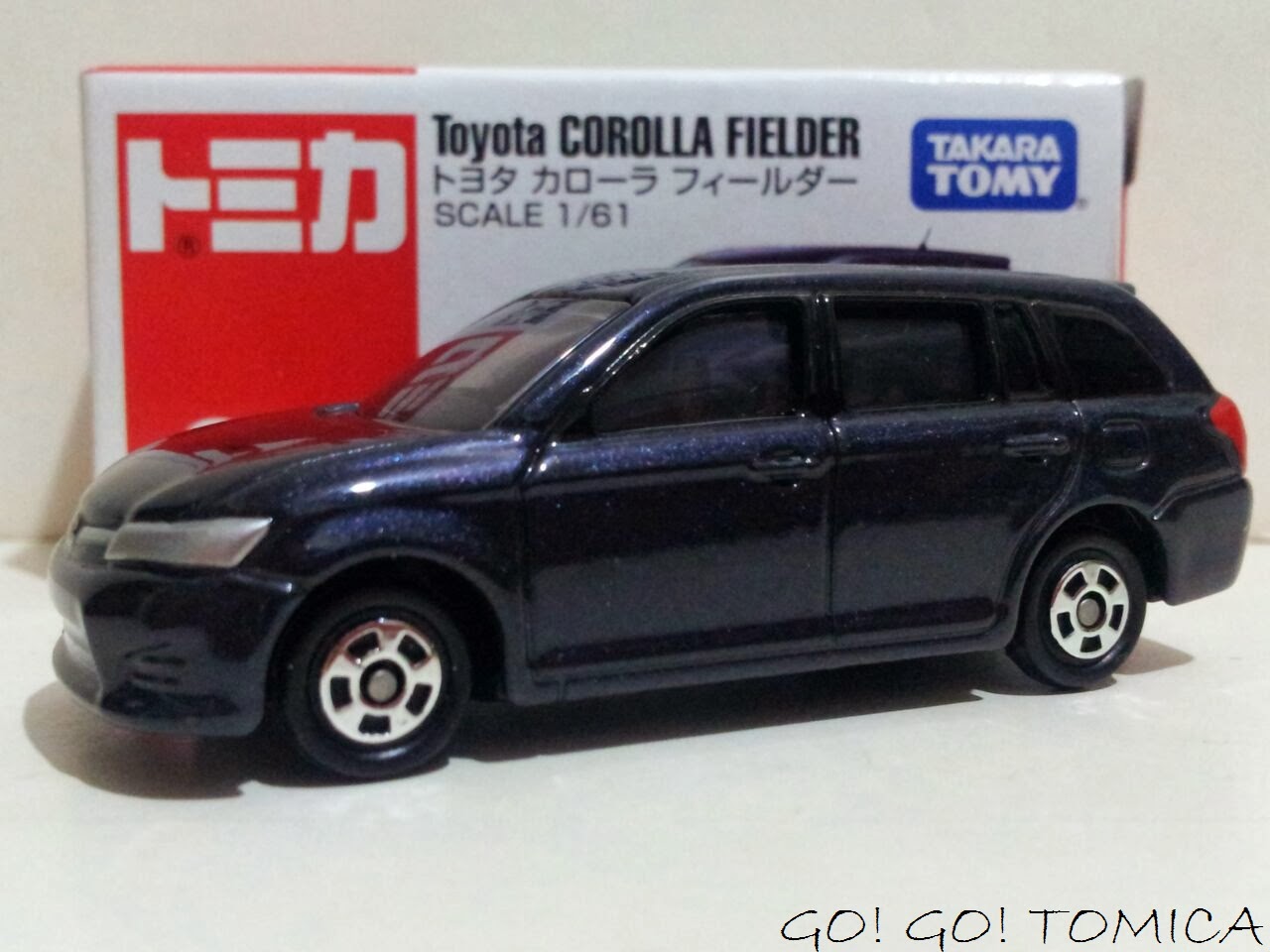 1/61 Toyota Corolla Field, Made in China

Remarks: I would rather Tomica made the Corolla Axio like what they did on its predecessor. Side windows are painted, rear hatch has painted window. They could do it like what they have done for the Legacy wagons. If they couldn't do a proper opening hatch, they could have just do opening doors or bonnet. 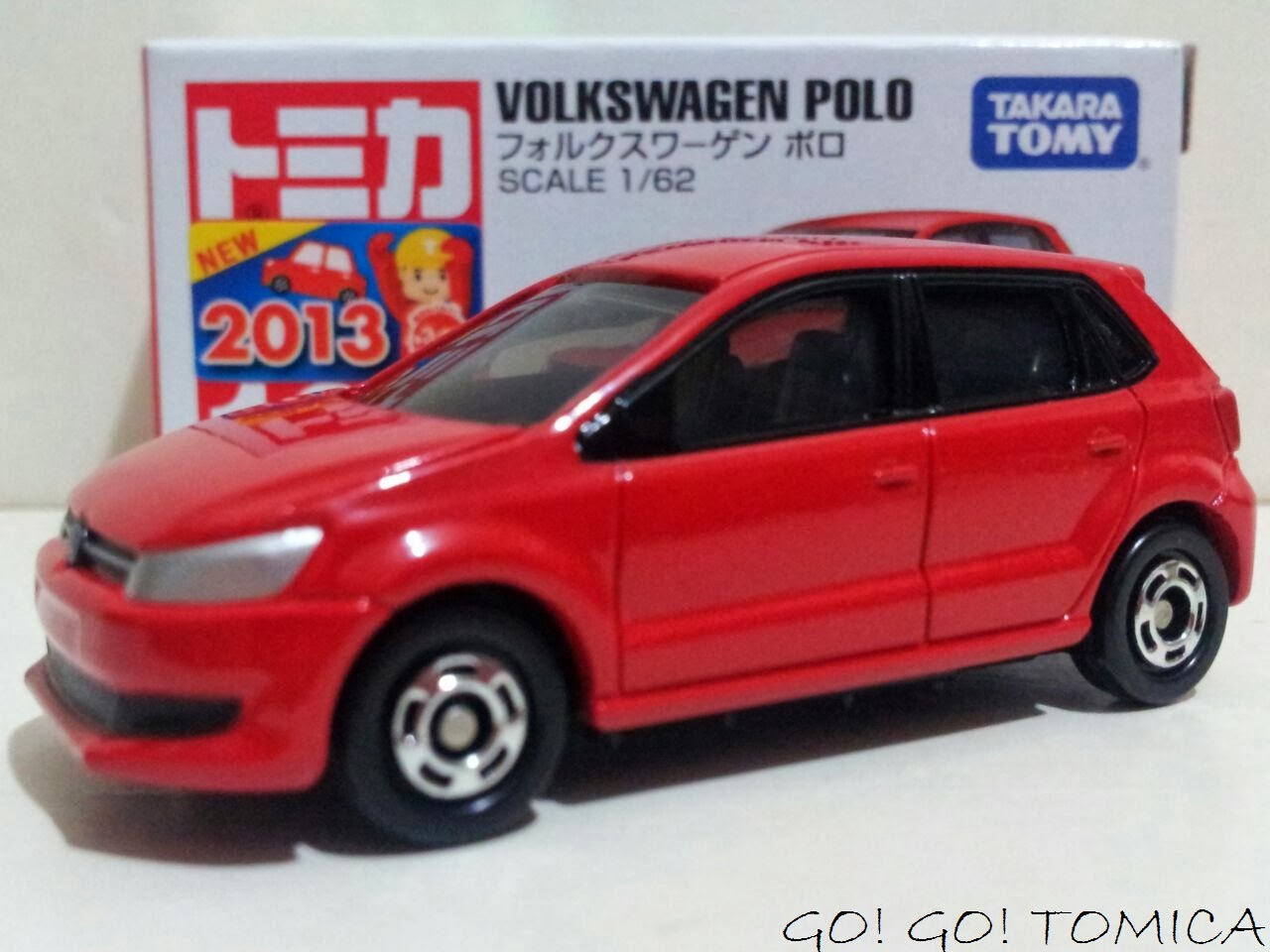 1/62 Volkswagen Polo, Made in Vietnam

Remarks: It looked really promising when Takara-Tomy presented it on their official website. I thought we might have a winner until I saw the actual product. Again, there is no plastic rear window. 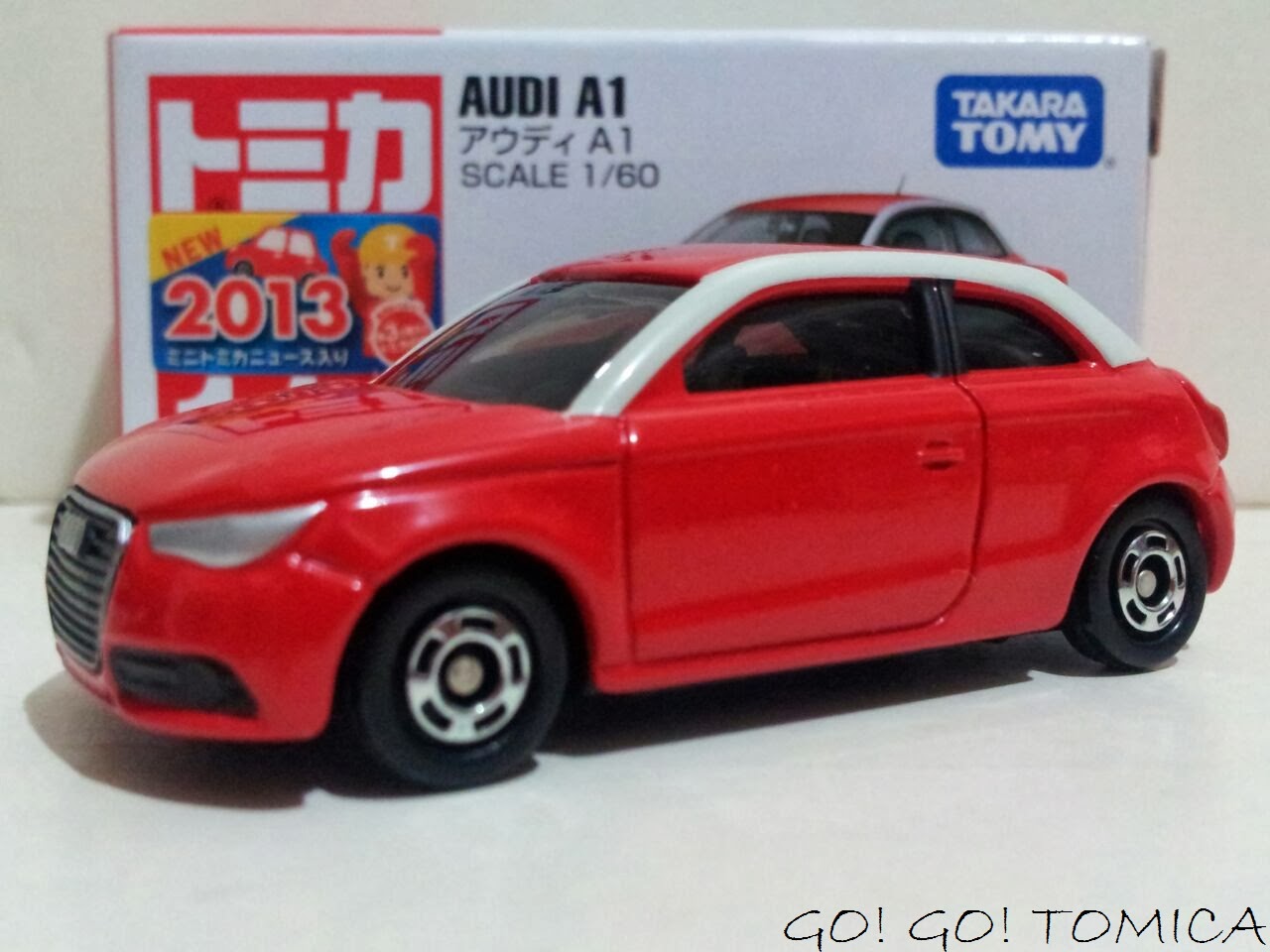 Remarks: The front end is nicely done and that is all about it. Rear hatch problem once again. Majorette done a better A1. 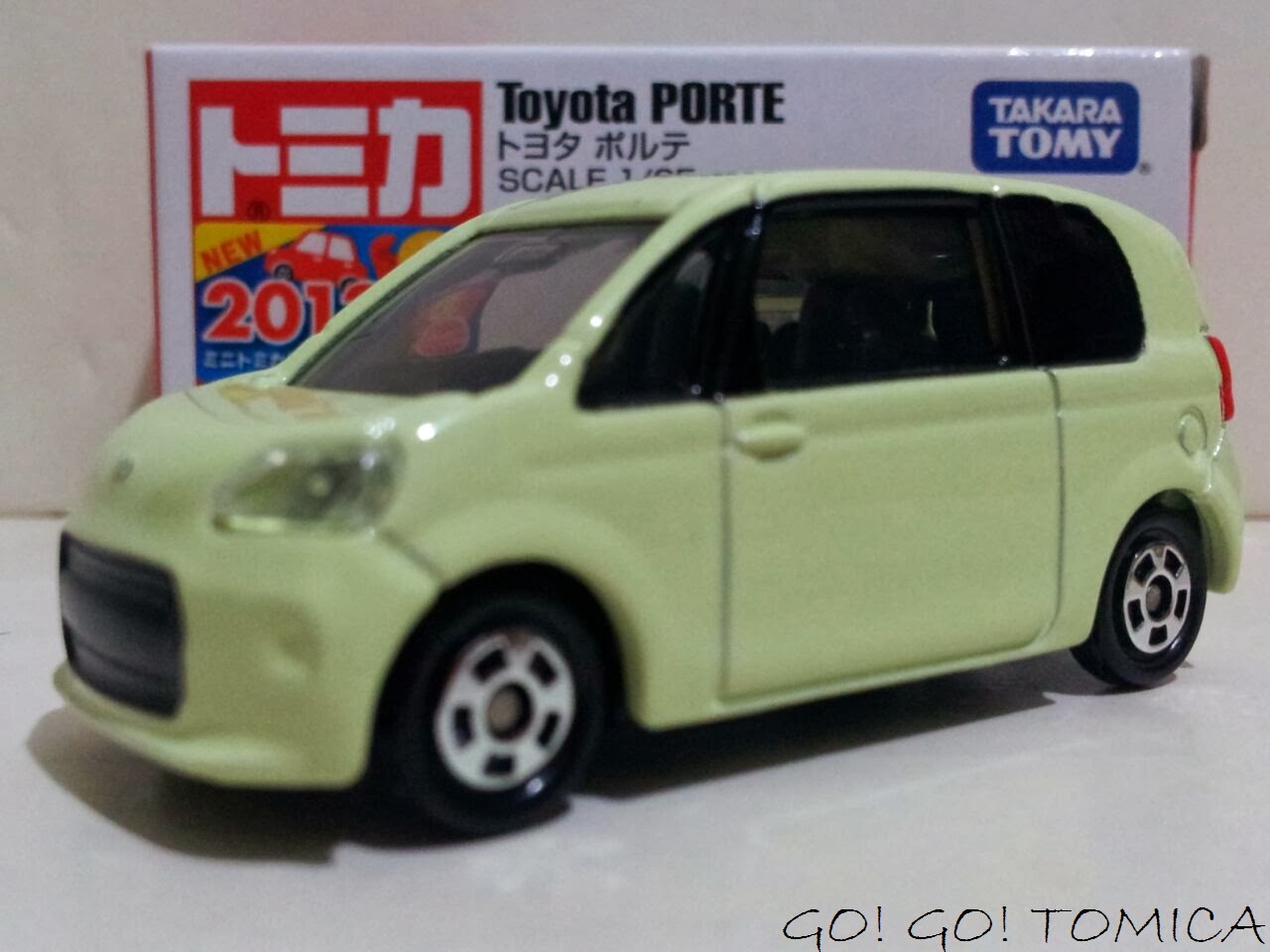 Remarks: Ditch the rear hatch, they could have done a sliding door instead as it is the trademark of the Porte. I seen the actual car and I am quite impress that Toyota made a small car so spacious. Tomica did put in effort on the plastic headlights but it just didn't blend into the car well. 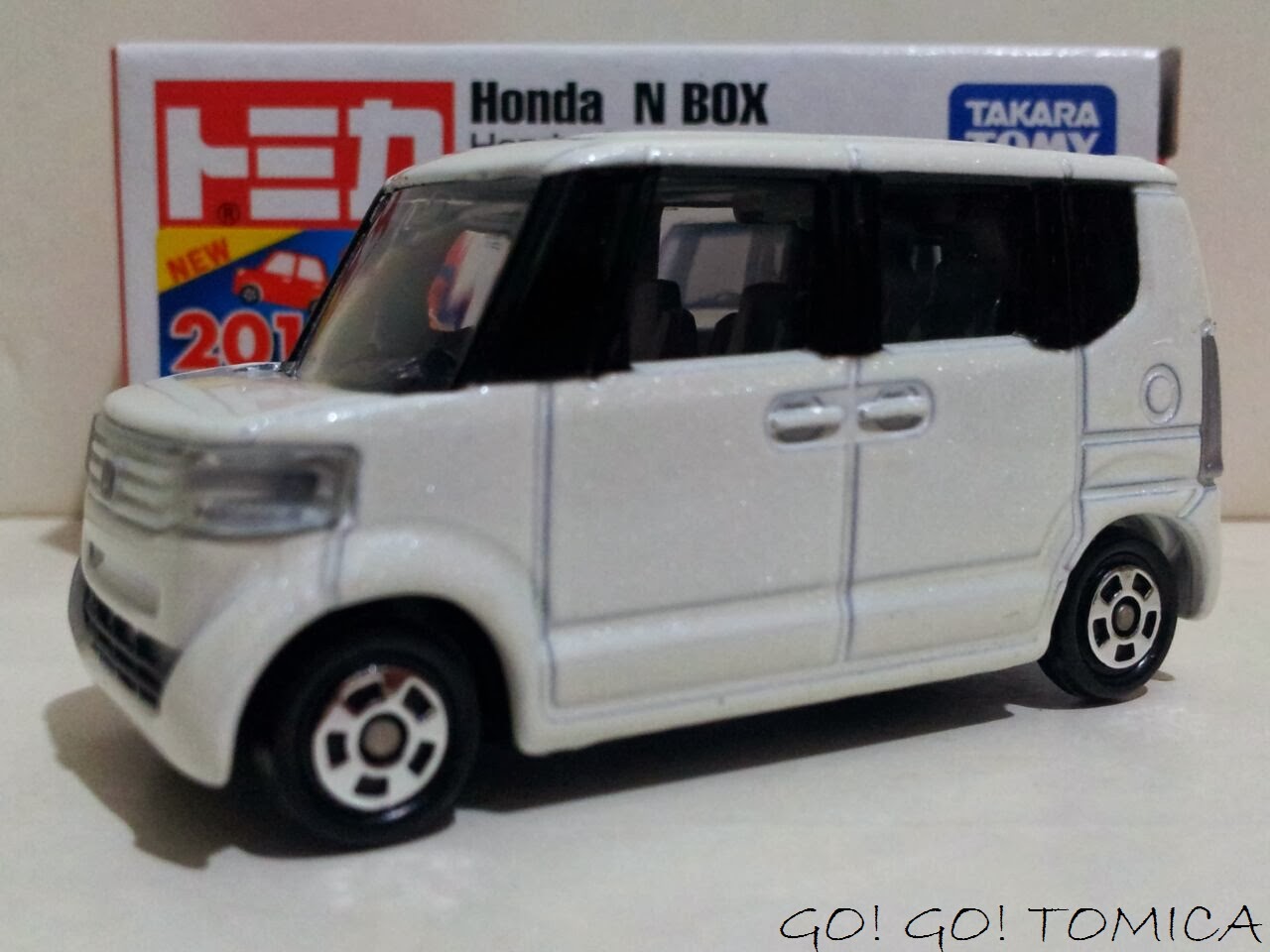 Remarks: A well made Tomica although it has no suspensions. I could have rank it higher if not for the rear opening hatch. This should be the best Kei car among all the Kei cars in 2013. 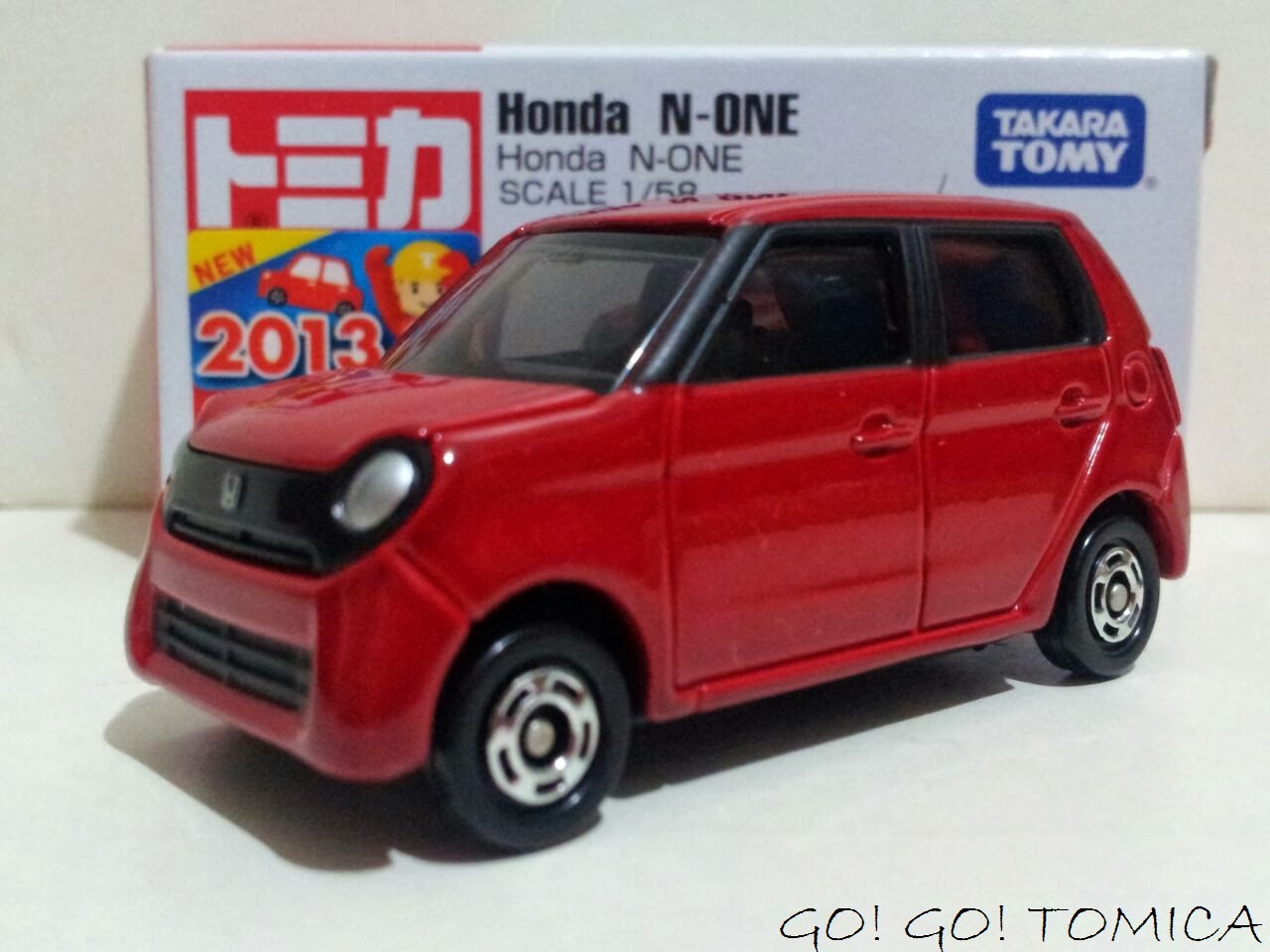 Remarks: No much complains on this car with exception of the rear hatch. 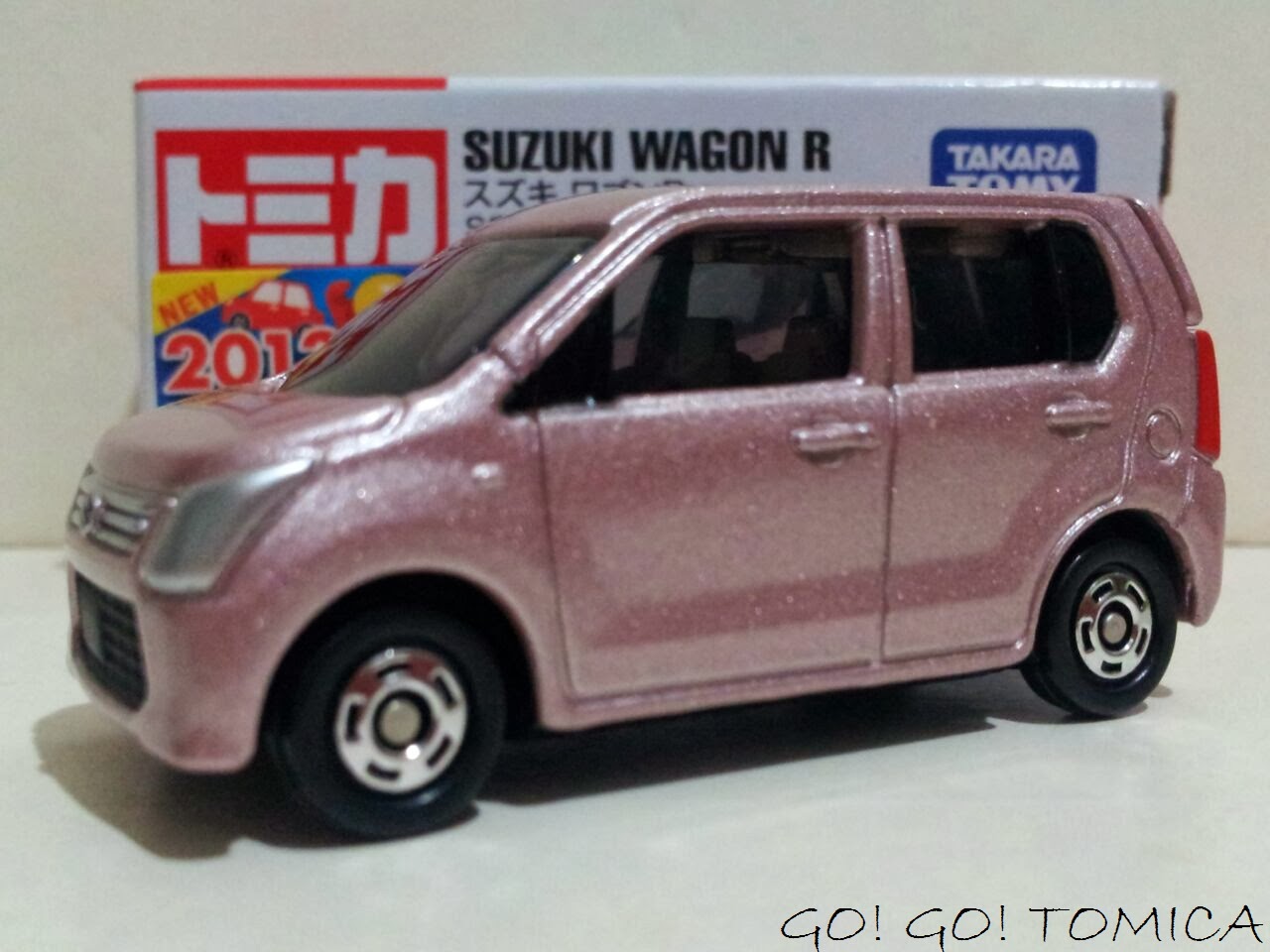 Remarks: Another nice Kei car made by Tomica except for the rear hatch. 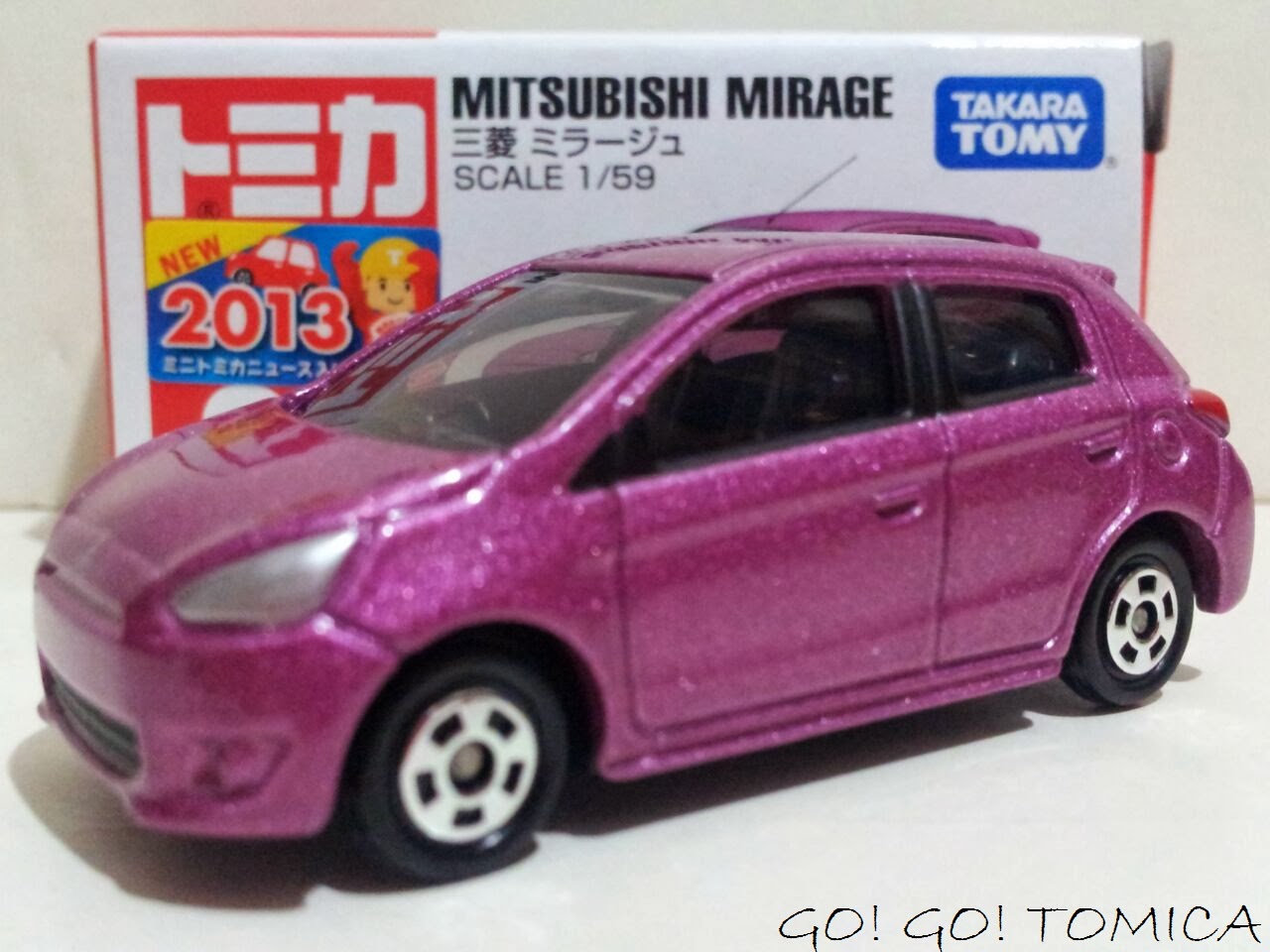 1/59 Mitsubishi Mirage, Made in China

Remarks: I saw this car roaming the roads in Bangkok when I was there last year. Honestly not really a fan of this car but Tomica managed to do a nice job on the Mirage. It did not win my top vote due to the ugly opening hatch. 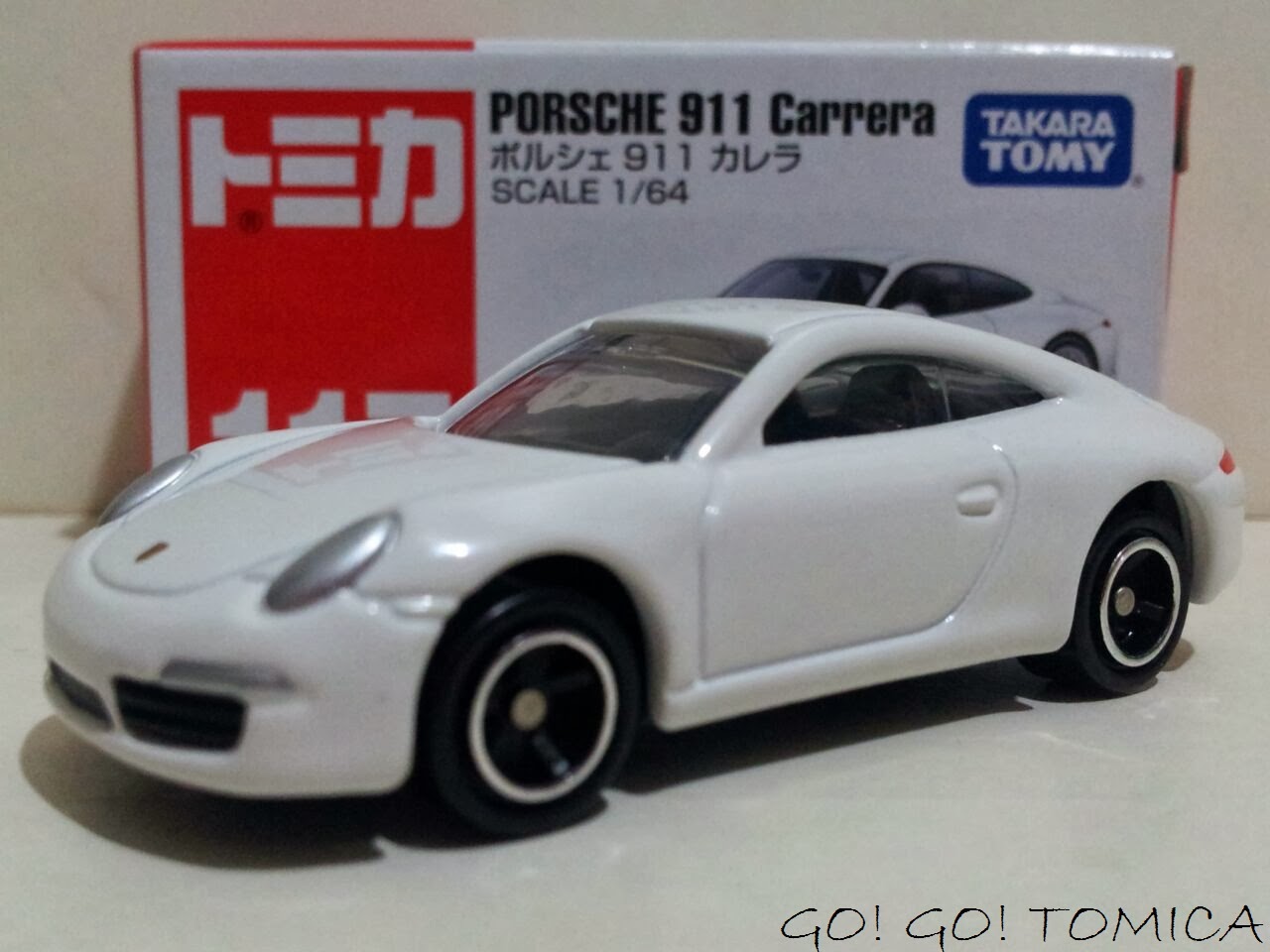 Remarks: Tomica made the 911 too fat or should I say crude? It managed a better ranking because there is a rear plastic window. A basic feature and it should be there by default but I find it funny that it has become a rarity in Tomica now. 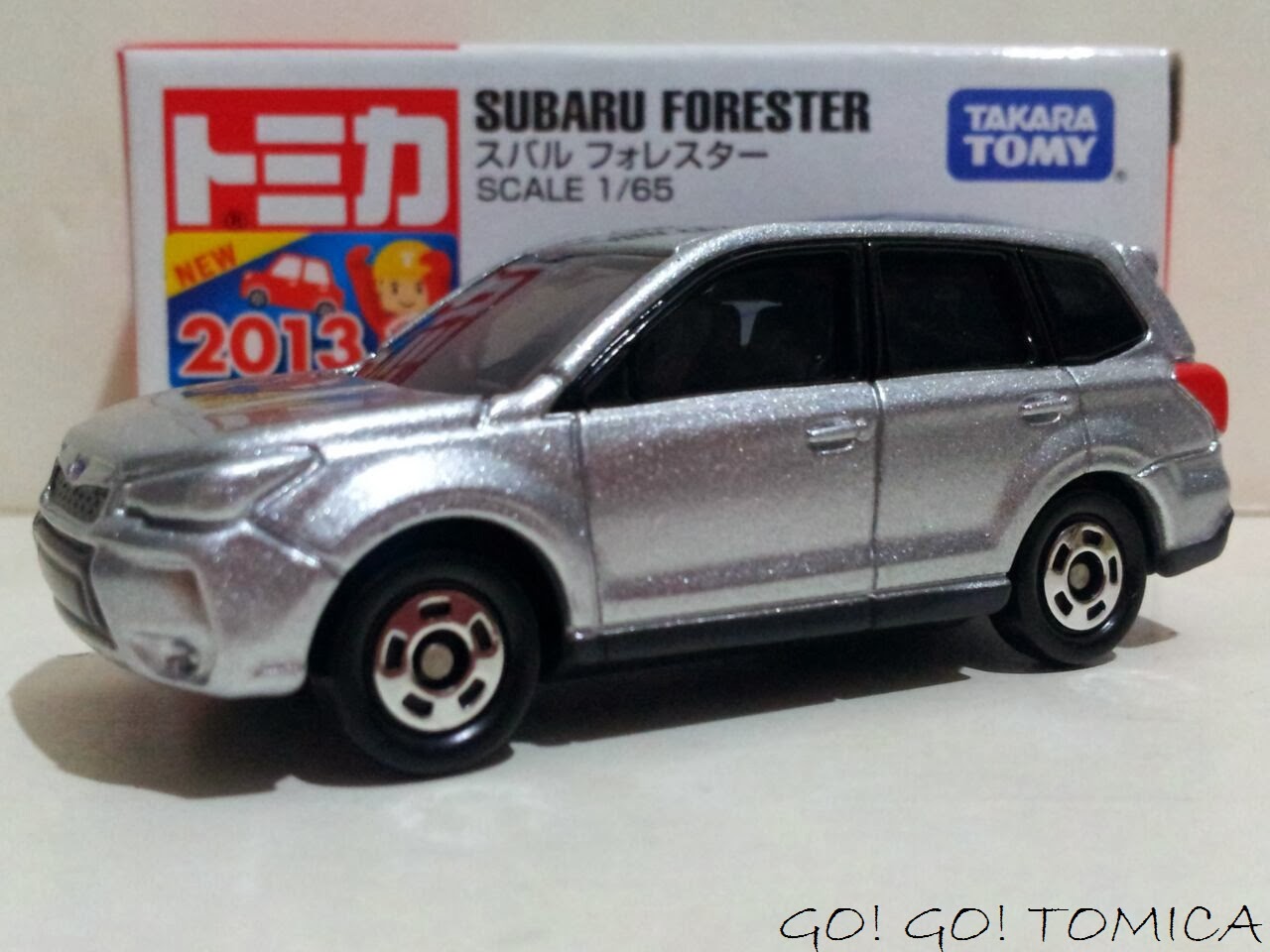 1/65 Subaru Forester, Made in Vietnam

Remarks: A little surprise that Tomica made the Forester finally as previous generations were not considered. It seems like painted 3rd quarter side windows are now a trend in current Tomica. Nice model which suffers from budget constrain. 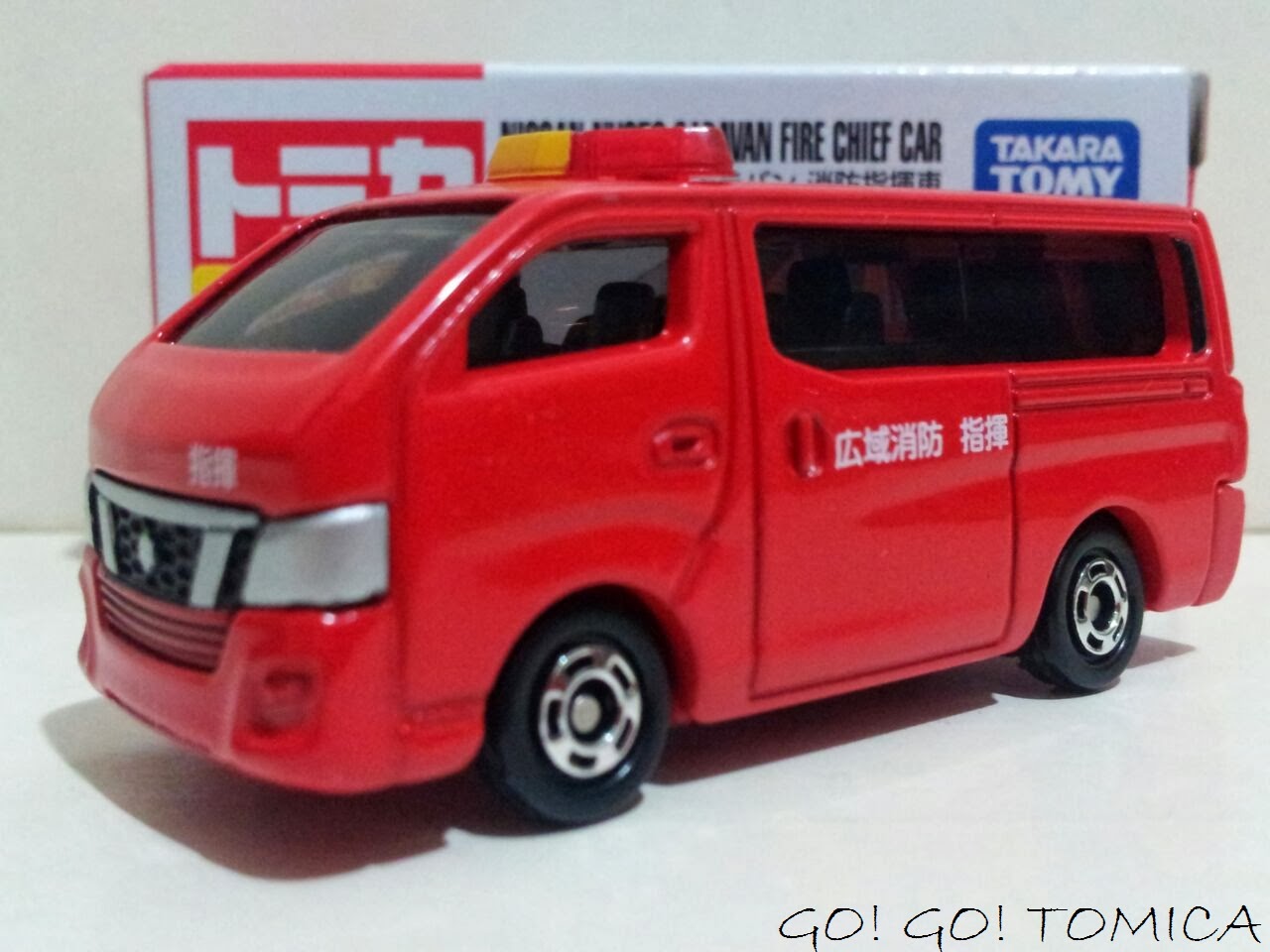 Remarks: The Nissan NV350 is actually a very well made Tomica regardless in the form of a Fire Chief car or Ambulance. If you look at the rear windows, Tomica could have do an extra effort to cut the windows out since they do not coincide with the rear pillars. 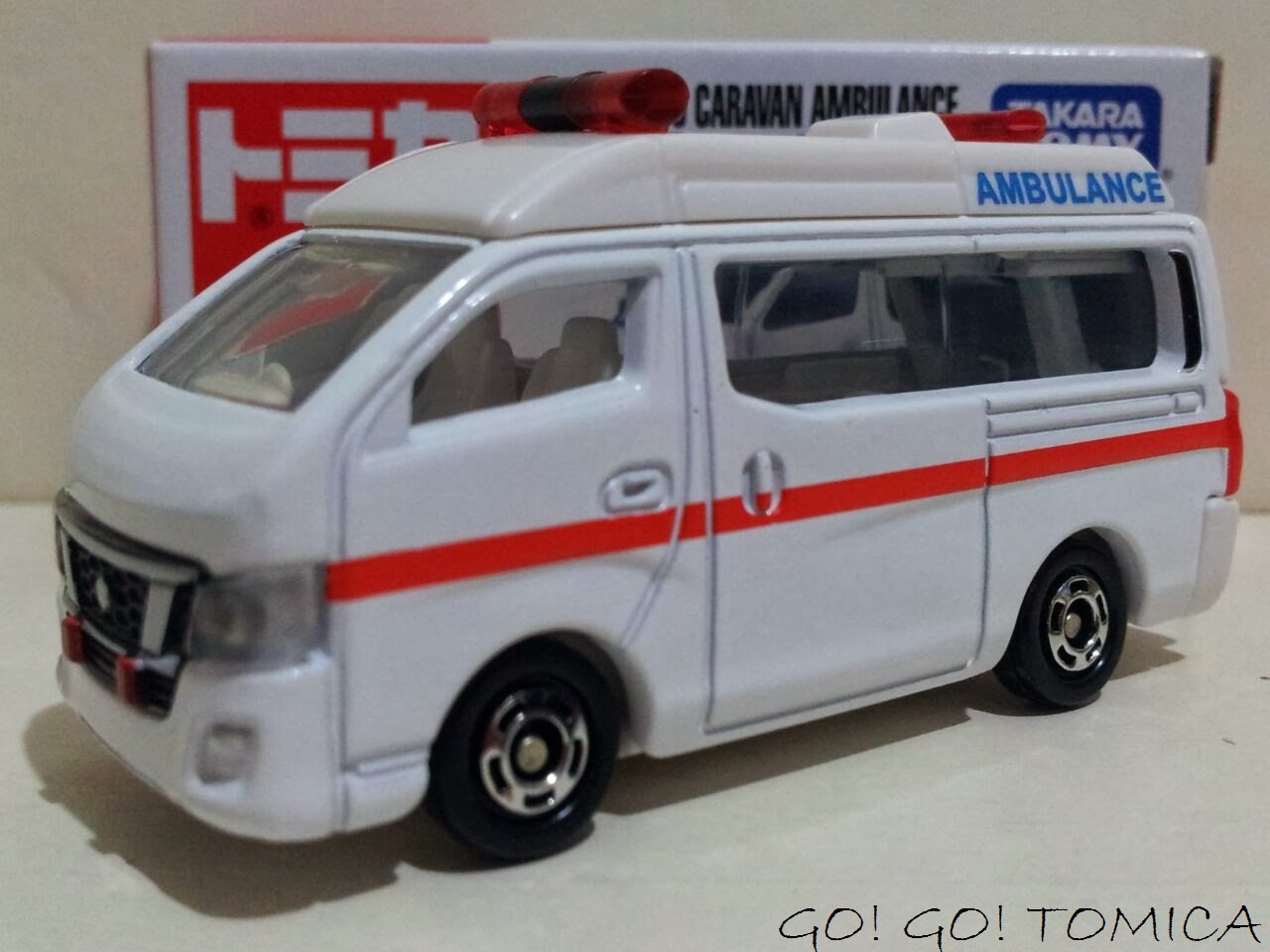 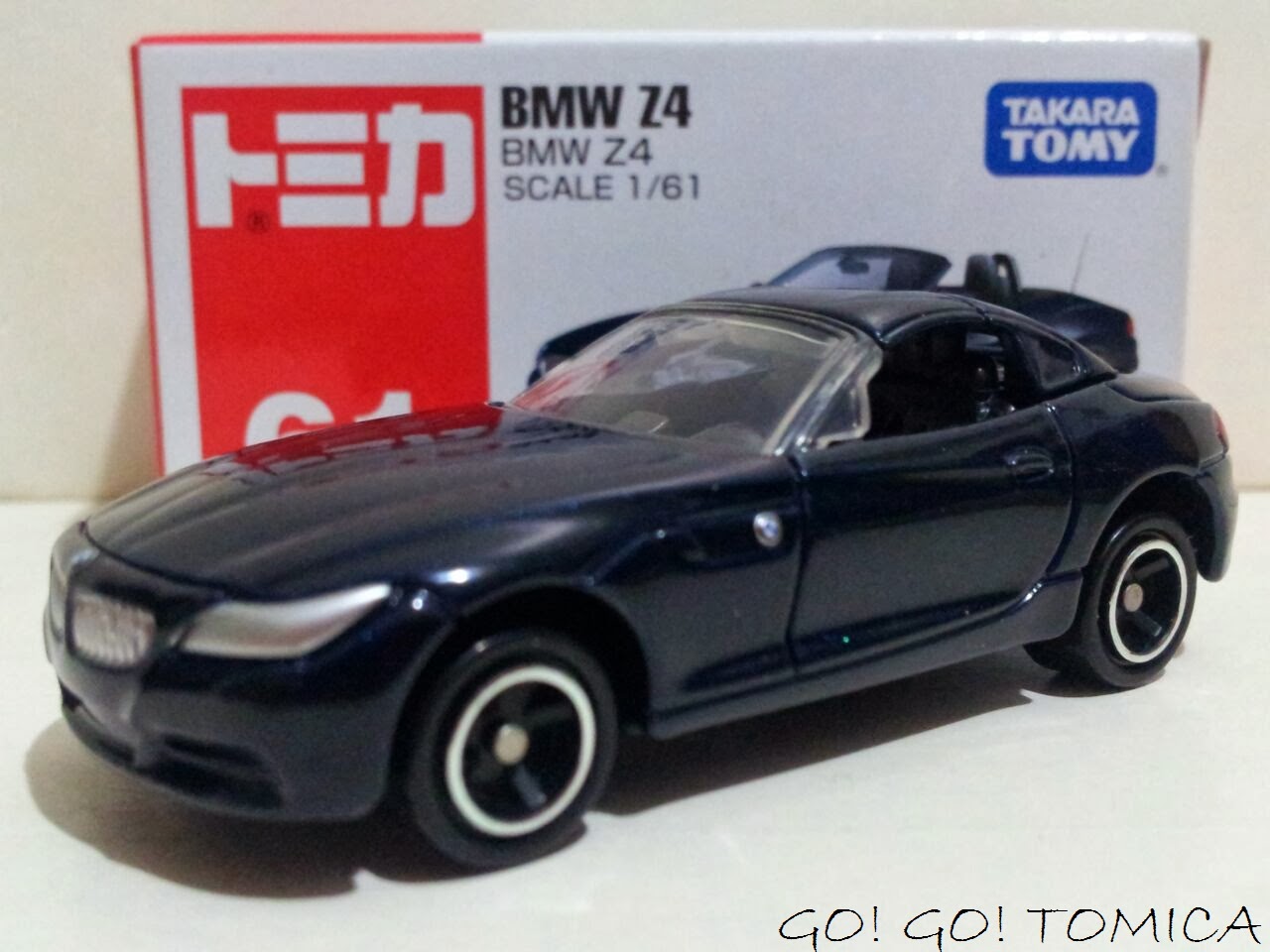 Remarks: Everything looks in place except for front grill not pronounced or sharp enough. 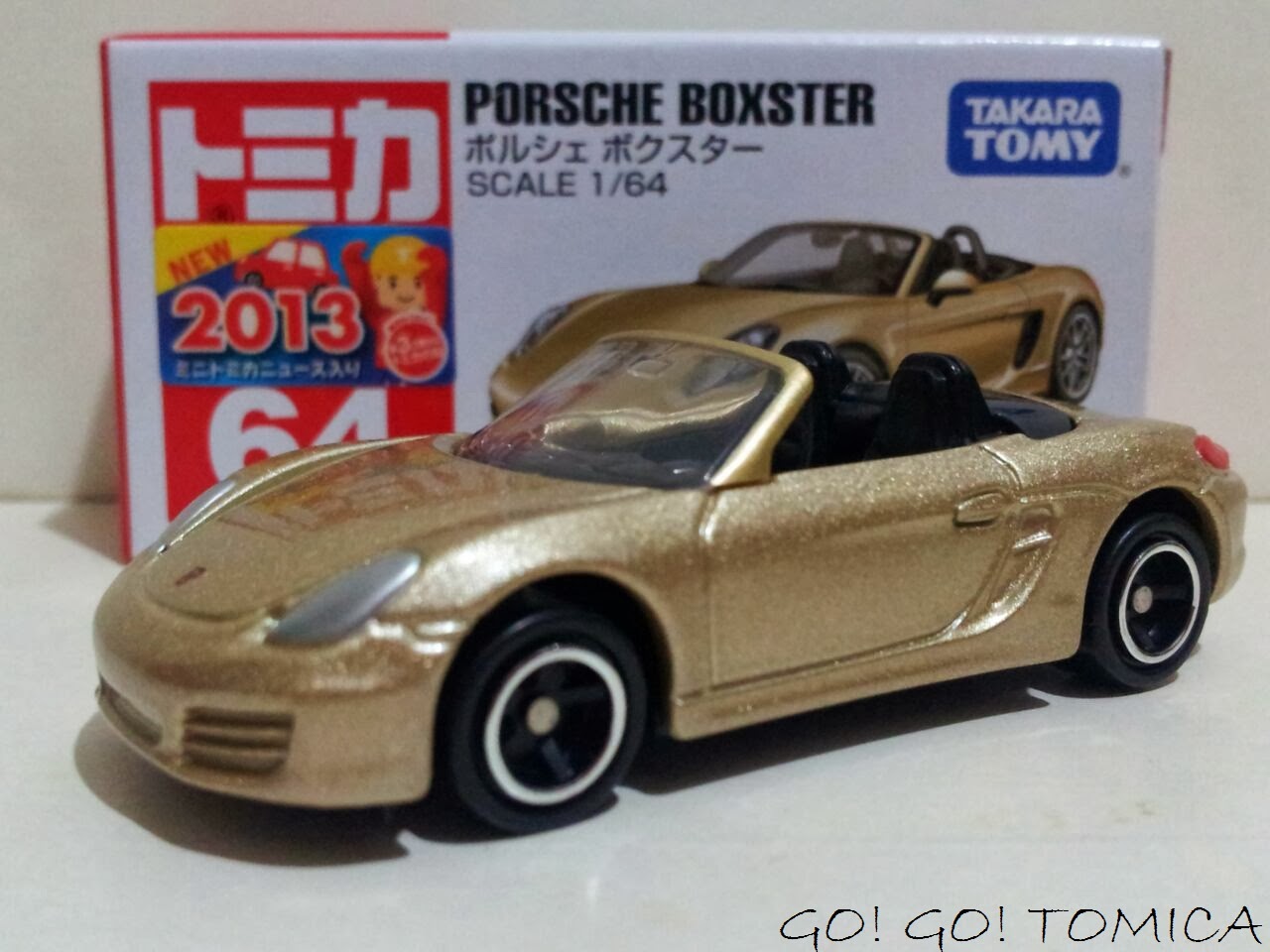 1/64 Porsche Boxster, Made in Vietnam

Remarks: I wanted to rank it in top 3 but there are better cars for me to pick from. Overall, it is a well made Tomica. 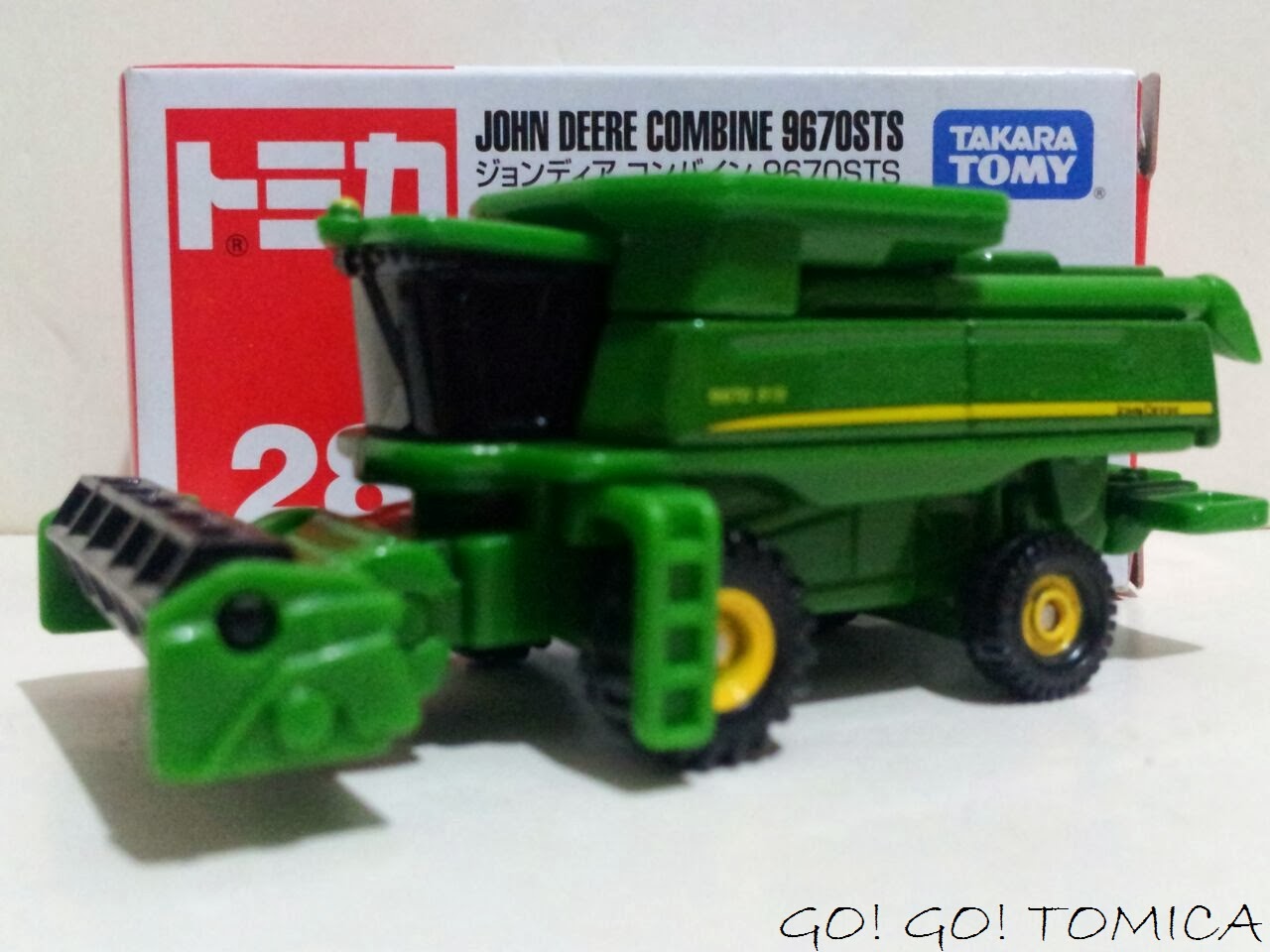 1/174 John Deere Combine, Made in Vietnam

Remarks: There are many John Deere collectors out there. This John Deere doesn't disappoint as a Tomica. As it is made to very small scale, we shouldn't nit pick on the details. Take note that there are many parts made for this vehicles and a few moving features as well. 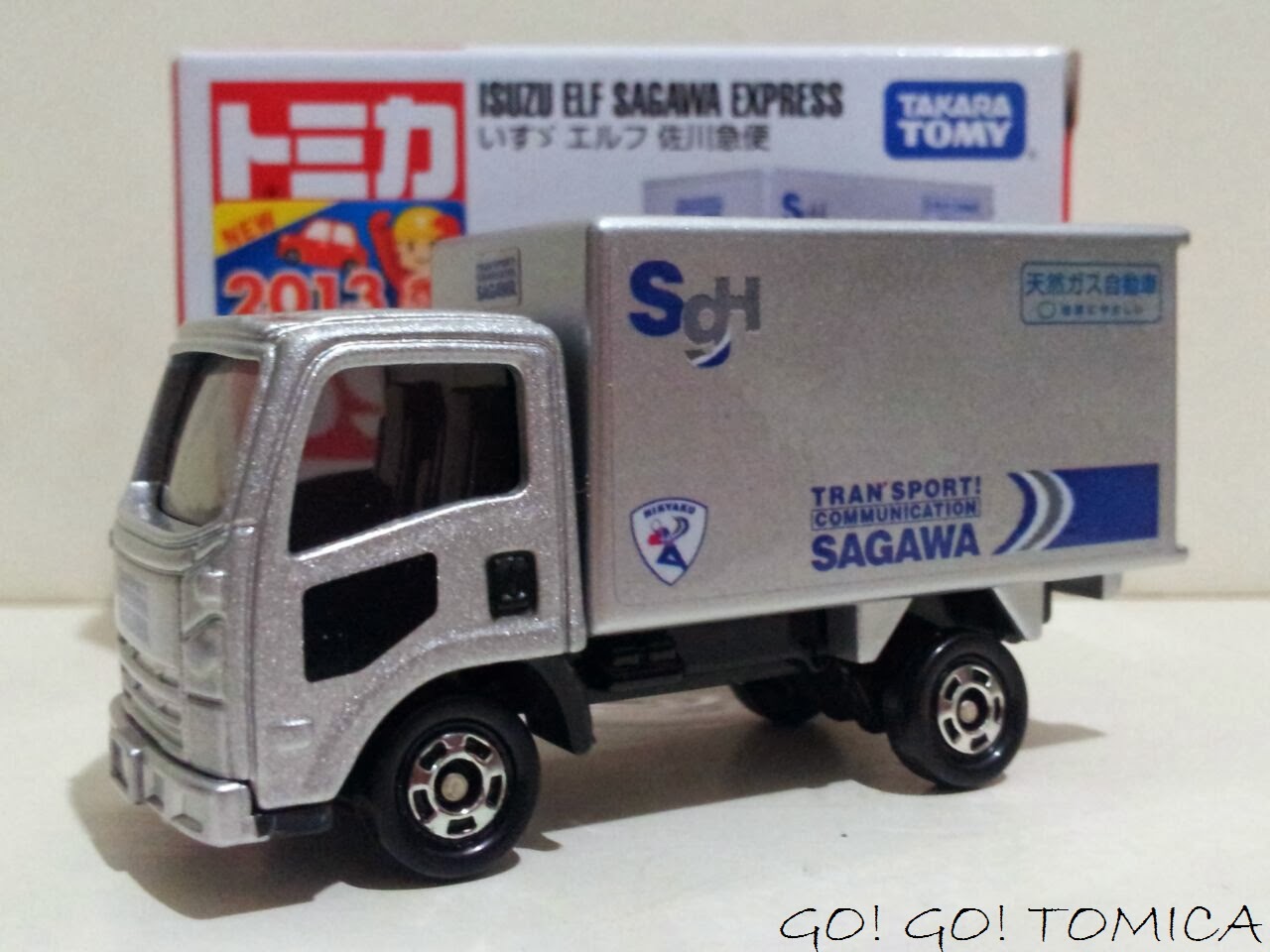 Remarks: As Isuzu Elf was made sometime ago, I did not rank it highly. Besides, the previous Sagawa truck was much better made. 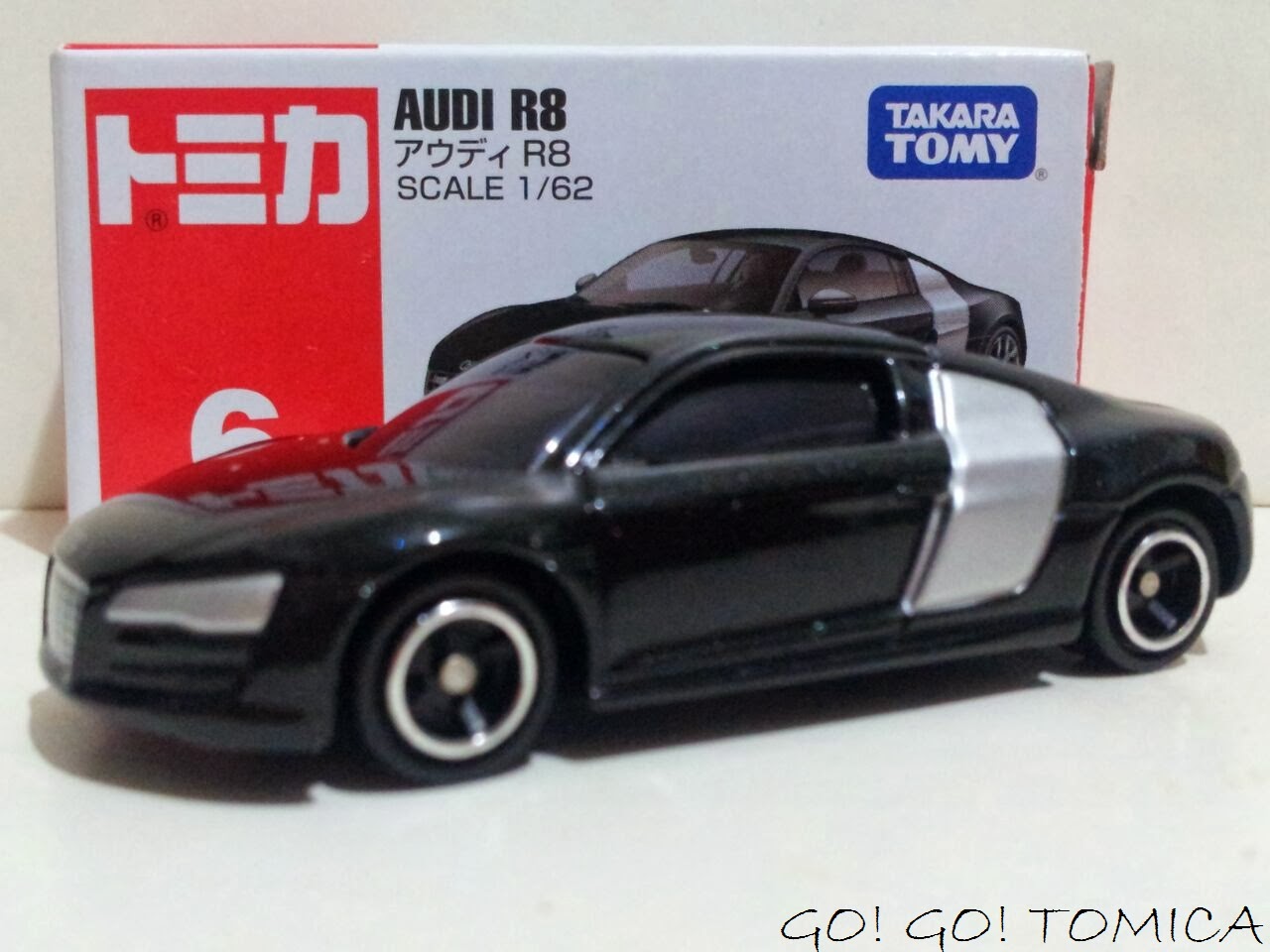 Remarks: A super car considered very well put together by current standard of Tomica. Just a whisker shy of making it into the top 3. 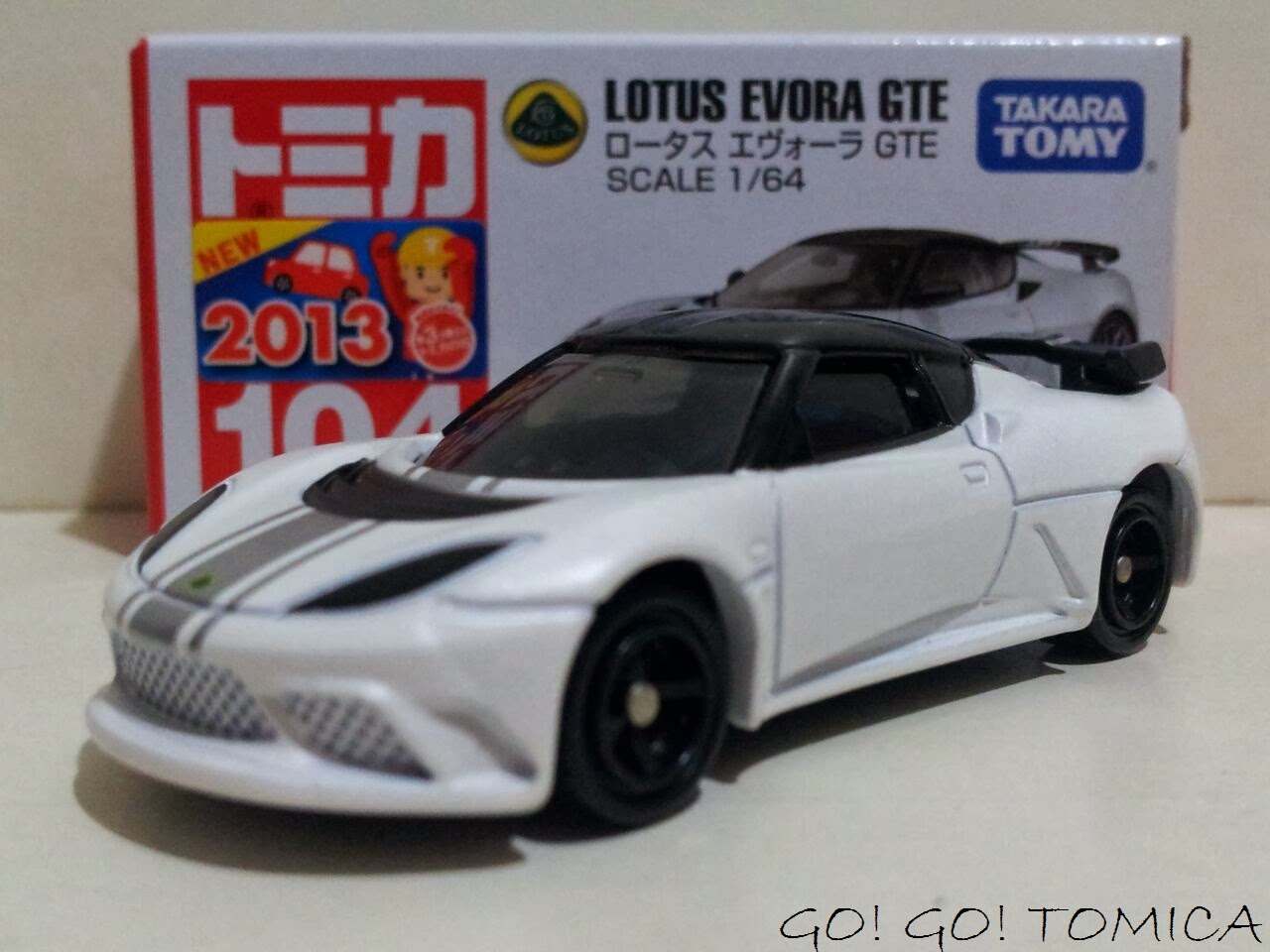 1/64 Lotus Evora GTE, Made in Vietnam

Remarks: Nicely made especially the detailing are mould into the casting. It could be better if it is not white. 1/66 Mazda Atenza, Made in Vietnam

Remarks: You will not see a Japanese sedan with opening doors and rear plastic window in the near future. 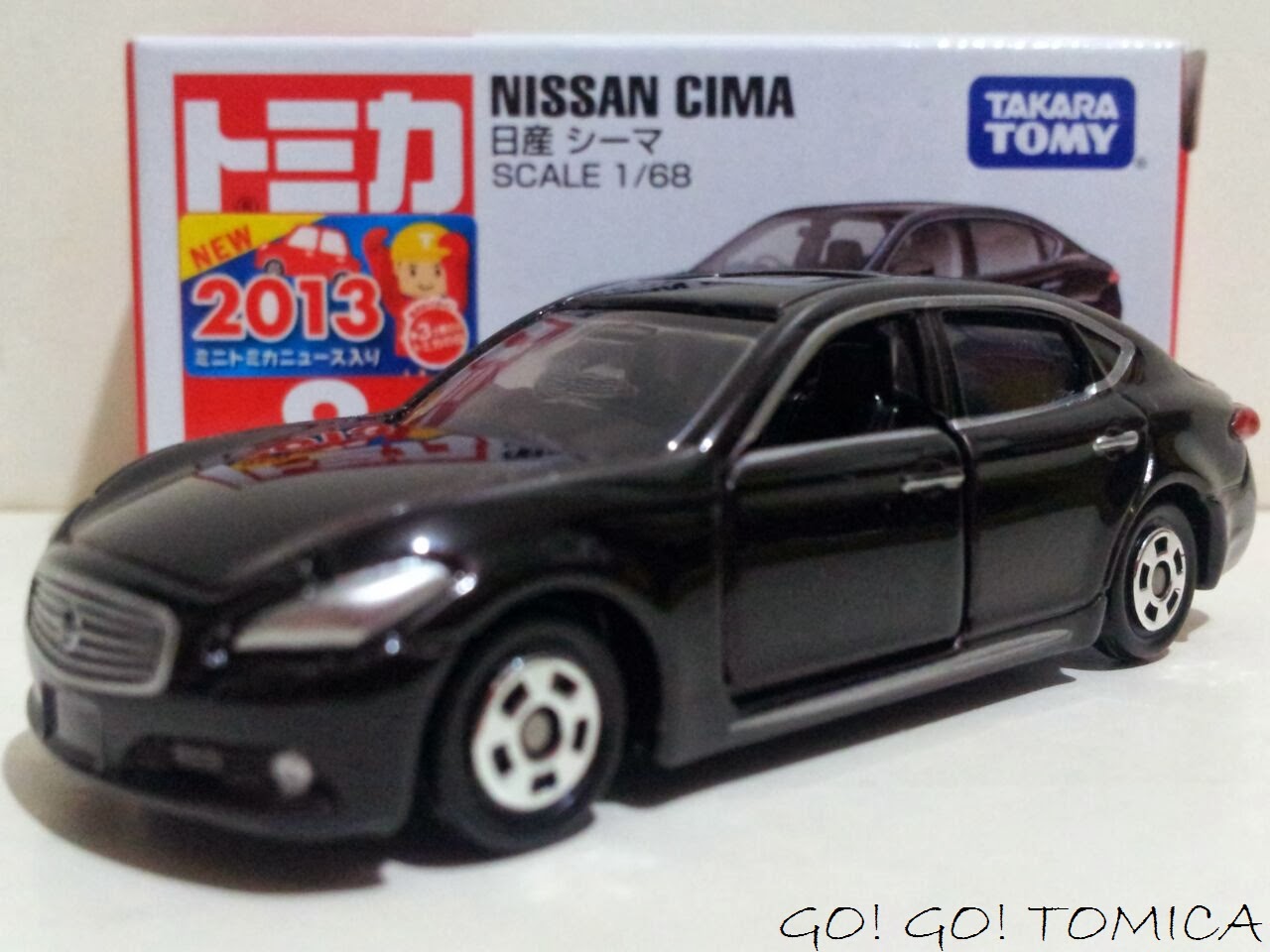 Remarks: I would say it's the same remarks as the Atenza. Front and rear end finish is nicely done. It looked better than the Atenza in my opinion.