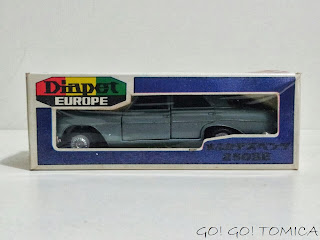 Diapet is one of the toy car brands I collect. It is a line of toy car made by Yonezawa company. I bet not many people know that there is another series known as Diapet Europe. 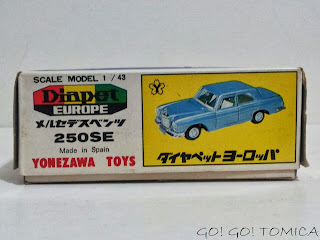 When is a Diapet not made in Japan and made in Spain instead? 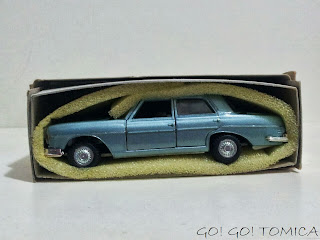 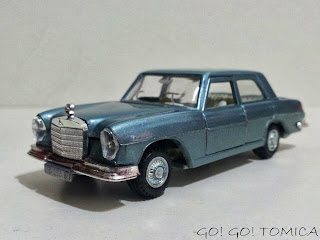 If you do collect quite a number of stuff, you will know that this Diapet is actually a Nacoral. Nacroal S.A. toy cars happened to share the same casting as Sablon (Made in Belgium) which is very rare these days. Why is a Nacoral repackaged as a Diapet? Most toy cars which are import into Japan are either repackaged into Japanese card or box or they are rebadging like this Nacoral. 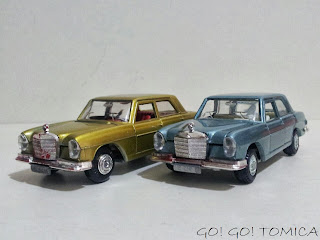 If you do not know Nacoral, you will be forgiven for mistaking this Mercedes as a Diapet. The build quality is almost Japanese, the bonnet and boot opens and the doors open with the window frame just like most Diapet. 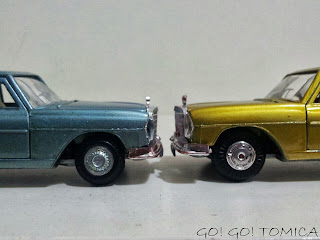 I had a gold (or is it green?) one before I own the blue one. The main difference of the 2 cars is the wheels. The Diapet has a set of smaller wheels allowing the car to roll freely while the gold Mercedes has bigger wheels which deter free roll. 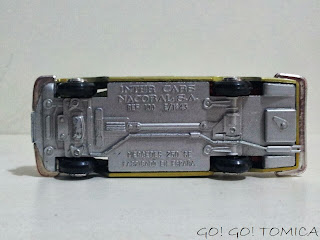 The base of the gold Mercedes says that it is a 250SE. 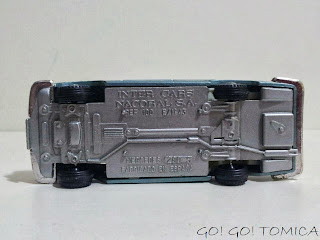 The blue Mercedes was upgraded to 280S on its base and it retain the base of its original maker. To be more precise, the car is still a Nacoral but packaged as a Diapet in Japan. Wonders of product rebadging.